Since 1999, eight Hanson brothers have played for Maranatha. One remains. 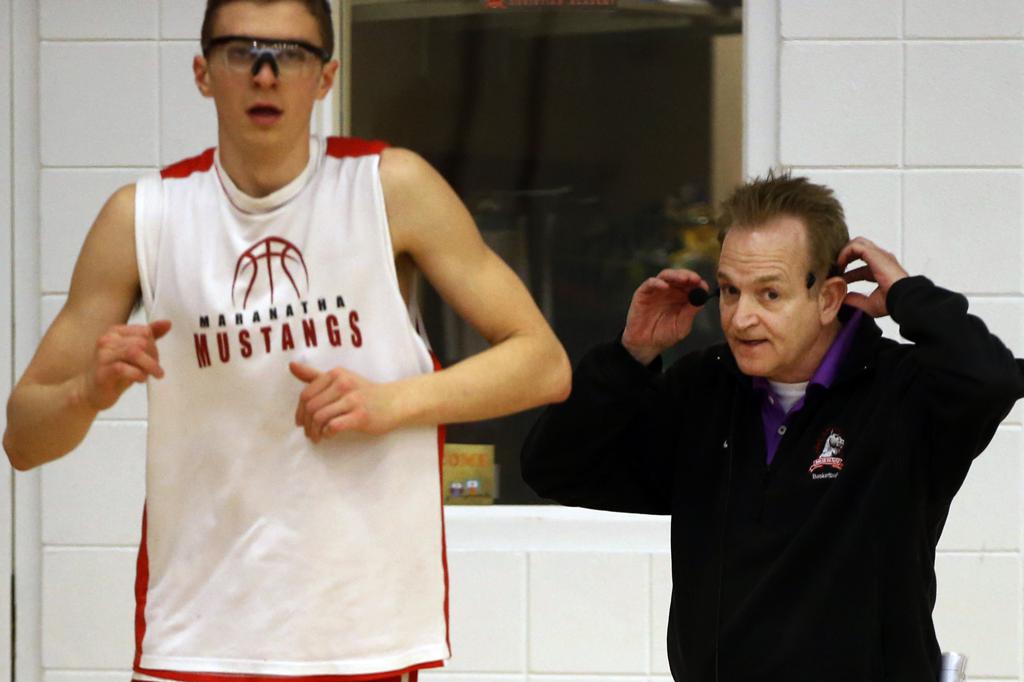 Maranatha boys’ basketball coach Jeff Wall knows every branch of the Hanson family tree. They have been the single most important reason for his program’s success.

Jeremiah, a senior forward, is the last of eight boys to play under Wall dating to the 1999-2000 season. The family of 10 also had two daughters, neither of whom played high school basketball.

The youngest Hanson has guided the Mustangs to their third consecutive and fifth overall Class 1A state tournament appearance. The No. 3-ranked Mustangs (27-2) will face Red Lake (23-5) in the quarterfinals Thursday at Williams Arena at 3 p.m.

“Each of the brothers has contributed in a unique way on their teams,” Wall said. “At times, we had two brothers on each team, and they would compete in practice at a level that would raise the intensity.”

The family has accounted for 13,390 points over their 16 years in the program. The Mustangs’ overall record during that period is 403-67.

“It was their joy of the game, and enjoying competition that helped shape our team and it’s culture,” Wall said.

However, one big thing is missing from the family’s list of accomplishments — a state championship. The Mustangs’ best finish was a runner-up in 2013.

“It would be cool to end my career with a state championship,” said Jeremiah, the school’s all-time leading scorer with 2,304 career points. “It’s still a big achievement just to make it to the state tournament.”

He is hoping a huge victory over No. 2-ranked Minneapolis North 69-67 in overtime in the Section 4 final steers the Mustangs in the right direction. They lost to the Polars 80-51 during the regular season.