Rand: Melrose returns to boys' basketball tournament, so Olberding does too

Since 1974, Mark Olberding has never has been back to see another Minnesota high school basketball tournament, nor has Melrose. That changes this week. 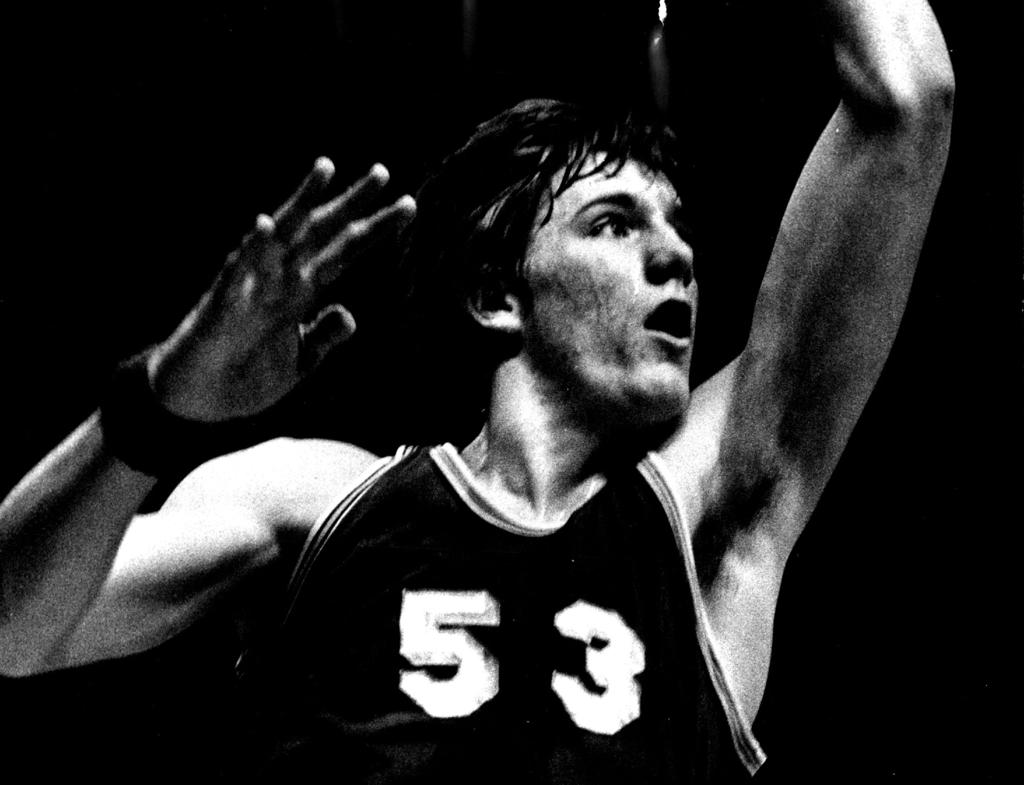 Mark Olberding scored 25 points and grabbed 17 rebounds in a victory over Chisholm to help send his team into the 1974 Class A championship game (Pete Hohn, Minneapolis file)

In late March of 1974, Melrose senior Mark Olberding scored 30 points in a 58-42 victory over Bemidji, capping an undefeated season and an undisputed Minnesota high school boys’ basketball state championship. Back then, it was only a two-class tournament, and the winners in each class competed in a playoff.

Olberding walked off the court a hero, and the 6-8 forward’s legend grew at the University of Minnesota and then in an NBA career that lasted more than a decade. He never has been back to see another Minnesota high school basketball tournament, nor has Melrose — located 100 miles northwest of Minneapolis — played another state tournament game since he graduated.

Both of those things will change Wednesday.

Olberding, who works in real estate in San Antonio, has a flight back to Minnesota booked Wednesday. He arrives in the afternoon — a handful of hours before Melrose’s first boys’ basketball state tournament game in 41 years, at Target Center in the Class 2A quarterfinals against Redwood Valley.

Olberding, too, had his share of heartbreak. When he was a sophomore, Melrose lost the state title game by two points to St. James on a half-court shot. As a junior, Melrose lost by one point to Chisholm on a bank shot at the buzzer. As a senior, though, everything came together.

“Back then, we had a great program. We went to state a bunch of years in a row,” Olberding said. “Maybe this is the start of things to come because I hear they have a pretty young team. … They’re going to get to the show and get that experience.”

Part of that youth movement includes Olberding’s nephew, who played for Melrose’s freshman team this year. The varsity squad enters the state tournament 26-5 and seeded No. 4, with a possible matchup against No. 1-seeded St. Croix Lutheran looming in the semifinals.

Either way, Melrose figures to have a strong fan contingent at Target Center — including one big fan who is also breaking a tournament drought.

“I’m sure some of my ex-teammates will be there,” Olberding said. “I’m looking forward to watching the team and wishing them all the best. It’s great for our little community and great for the kids.”