St. Croix Prep's Gutierrez is a threat to score from all over

St. Croix Prep’s Michael Gutierrez is a record-setting scorer who often tops 40 points in a game. 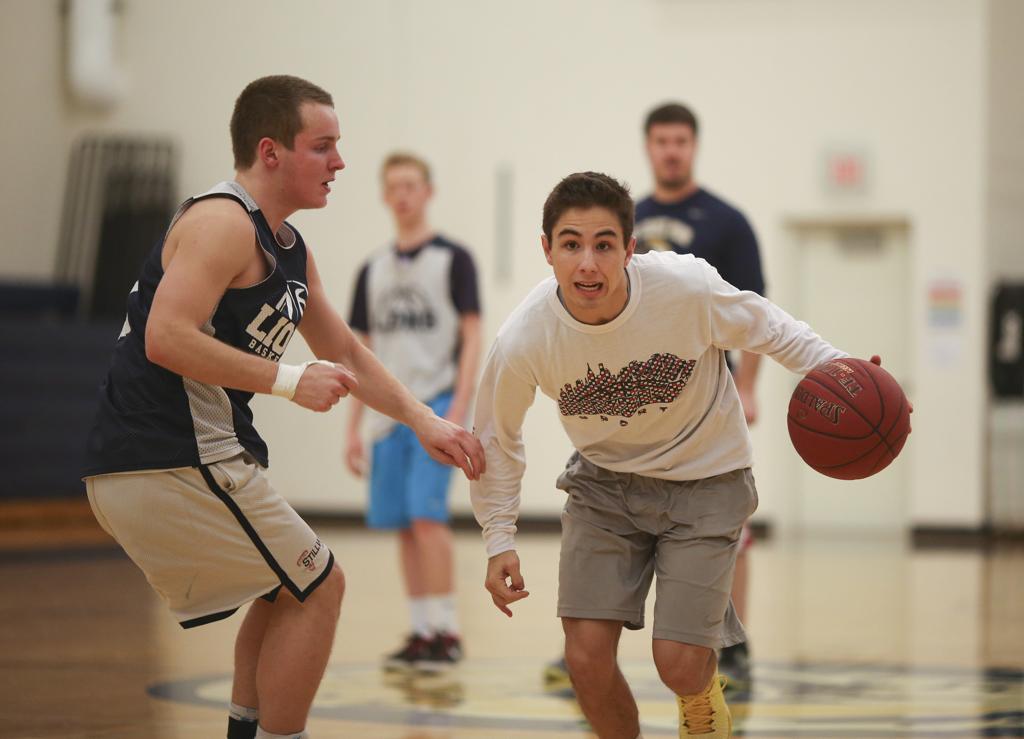 Gutierrez, a senior, is one of the state’s deadliest scorers. His average of 31.8 points per game ranks him second in Minnesota. He’s scored more than 30 points in 13 of 22 games and gone over 40 in seven games, earning him hero-like adulation around St. Croix Prep, a 10-year-old Class 2A charter school in Stillwater.

“It’s really exciting seeing little kids and middle-schoolers in the program looking up to you and wanting to be like you someday,” Gutierrez said. “That leadership and being a role model is something I wouldn’t trade for the world.”

Gutierrez scored a career-high 53 points in a victory over St. Paul Harding. In a 47-point outburst against St. Paul Academy, he connected on 11 three-pointers, ranking him fifth for most three-point shots made in a single game. Gutierrez made all 18 of his free throw attempts in a 35-point performance against Park of Cottage Grove, joining 13 others who achieved perfection when trying 16 or more free throws in a game. Only four of them made more than Gutierrez.

“He is a complete scorer — scoring from long range, midrange and at the basket,” St. Croix Prep coach Matthew McCollister said. “However, he has been just as deadly in terms of taking what the defense gives him and creating opportunities for his teammates. He also has a knack for creating turnovers at opportune times, which often turn into easy buckets for us.”

McCollister, a former head coach at Breck and assistant at Minneapolis Henry, said what stands out about Gutierrez’s game is his deep three-point range, his quickness and his dribbling ability. He called him a tireless worker who takes care of the little things. This season Gutierrez has faced constant double teams and exotic defenses aimed at stopping him. McCollister said he’s developed an ability to exploit opponents, improved his court vision and expanded his understanding of the game and how to blend his skills with his teammates.

Naysayers may assume Gutierrez’s stats are inflated by playing weaker small-school teams. However, the Lions, who are 11-11, have played two Class 4A teams, three 3A teams, two of the top 10 teams in 2A and two top-five teams in 1A.

“Having been coaching for as long as I have, I’ve seen plenty of players with inflated numbers due to playing subpar competition, but Mike is not one of them,” McCollister said.

Michael, who also runs cross-country and is a two-time state qualifier, said he’s played basketball as long as he can remember. After growing up playing traveling basketball in Stillwater, he started taking the game more seriously after eighth grade, playing summer AAU ball for the Minnesota Heat. He currently plays for the Minnesota Fury.

“I’ve always loved [basketball],” Michael said. “I remember Saturdays were always the best with my dad because he’d let me watch cartoons in the morning and then we’d watch college basketball all afternoon. It’s always been a big passion of mine, and that’s probably because of how big of a role it played in my upbringing.”

Gutierrez said colleges have taken notice of his feats on the court this year. He doesn’t know whether he’ll play for a school in the Minnesota Intercollegiate Athletic Conference like his dad.

But, he said, “I’ll be playing somewhere.”