Top Games: Eden Prairie looks to fend off Prior Lake in home opener

The Eagles cannot take lightly a Lakers' team that has played tough against some of Class 4A's top programs. 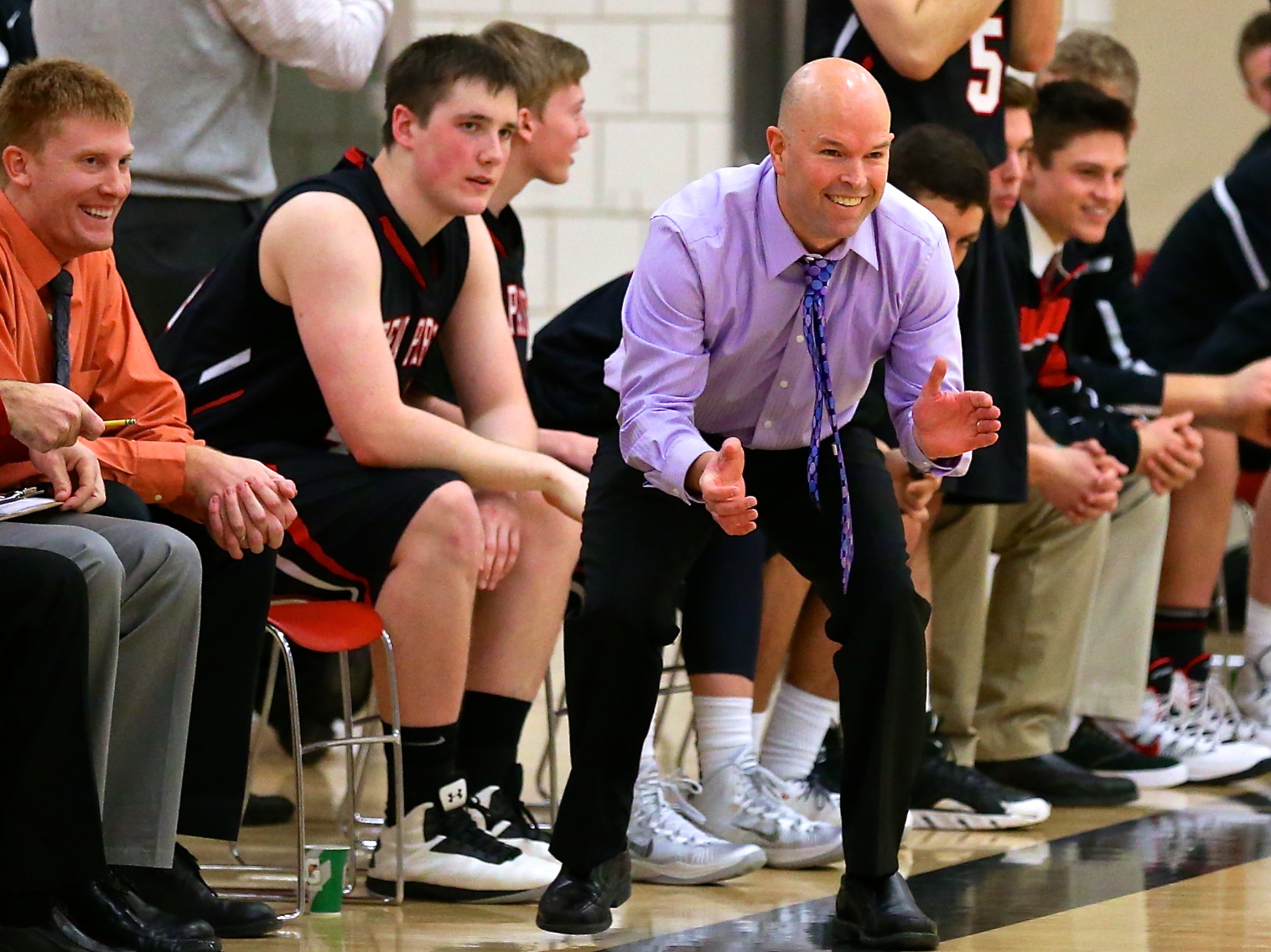 Eden Prairie coach David Flom smiles after a play during the Eagles' 79-78 victory over Lakeville North on Jan. 11. Phtoto by Brian Nelson

Eden Prairie missed making a return trip to the Class 4A state tournament when it lost to Hopkins 77-64 in the Section 6 championship last year.

The Eagles return several players who could help the team avoid that type of slip-up this season.

Eden Prairie, No. 8 in the latest Minnesota Basketball News poll, already has posted a big victory, defeating Rosemount 80-51 in the season opener Nov. 29.

The Eagles welcome a Prior Lake team primed to pull off an upset.

The Lakers lost to No. 9-3A Waconia 72-60 in their season opener, but have shown an affinity for playing close games against top Class 4A teams.

Eden Prairie escaped with a 63-62 regular-season victory over Prior Lake in January, and the Lakers nearly upset Shakopee in the Section 2 semifinals two months later. The Sabers defeated Prior Lake 73-69 in overtime.

The Eagles may enter Tuesday's matchup as the favorite but cannot overlook the Lakers, a team that has proven to play top teams tight, making this matchup our Top Game of the Week.