The Minutemen get revenge on Johnson and are headed to the state tourney thanks to the 'Iron Seven.' 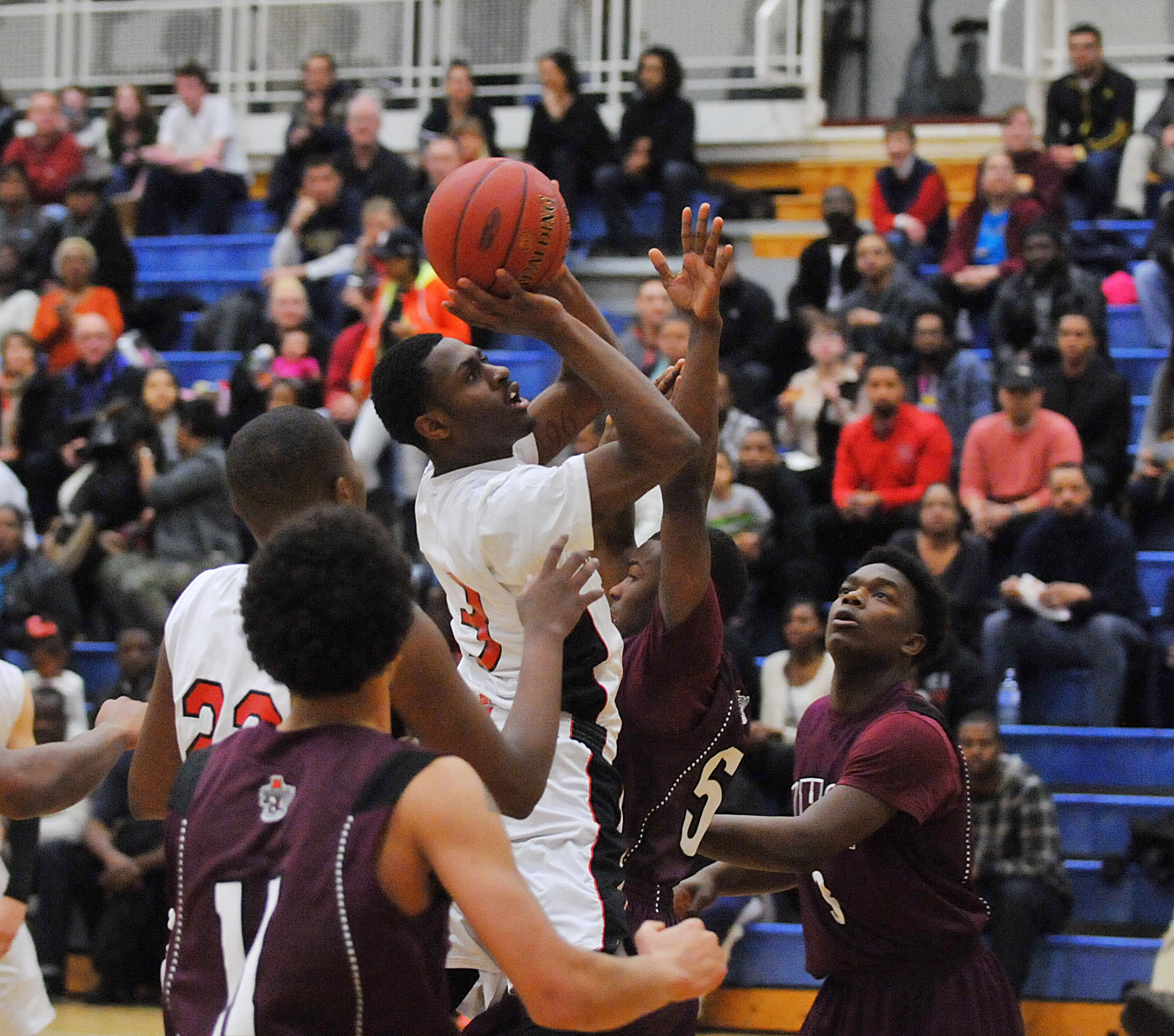 St. Paul Central coach Scott Howell knew if his team was going to have a chance in the Section 4AAA championship game against St. Paul Johnson, the Minutemen had to keep the score under 70.

They did. And now Central is heading to the state tournament. It's been a long time coming, according to Howell.

"(It feels) real good," Howell said. "Like I just told my (athletic director), it's been a long year for us. We've lost some guys, we've had some troubles and ended up with seven players that really played a lot of minutes. I'm just proud. We call ourselves the 'Iron Seven' and they came through for us."

The Minutemen (20-6) played Friday night's game at their own tempo, holding strong defensively, and beat the top-seeded Governors 60-56 for a trip to Target Center.

How does Friday's feeling compare?

"It feels like I said before: wonderful," Abosi said. "We haven't been to state in so long, and it's my senior year. It's amazing."

The difference was the little things, according to Howell.

"We didn't turn the ball over," Howell said. "The first game we played them this year we missed 19 free throws," Howell said. "We were finally able to put it all together, and again, control tempo and it made the difference for us."

Abosi had a bit of a different take on why the Minutemen were able to pull off the upset that nobody saw coming.

"We believed in each other," Abosi said. "Everybody on the bench, everybody that was on the court, we believed that we could pull it out … and our fans, they were wonderful. They kept us energized the whole game."

Smiles were aplenty outside Central's locker room after the win. Perhaps nobody was happier than the seniors on the team.

Howell credited his seniors, Abosi, Rayeon Williams, Felix Taylor Jr. and Christopher Ogiamien, who have stuck it out through thick and thin.

"We've got some seniors that've been with us for four years that have supported the program," Howell said. "I'm proud of them. They deserve it."

The Minutemen are heading to Target Center, a place Abosi says he's never played. He also used his favorite word a few more times to describe the feeling.

"It feels wonderful," Abosi said. "I know that a lot of people want to (play there), so I'm blessed. That's all I can say. I'm blessed right now."