The holiday season’s tournament slate has taken on a smorgasbord look in the past couple of years. 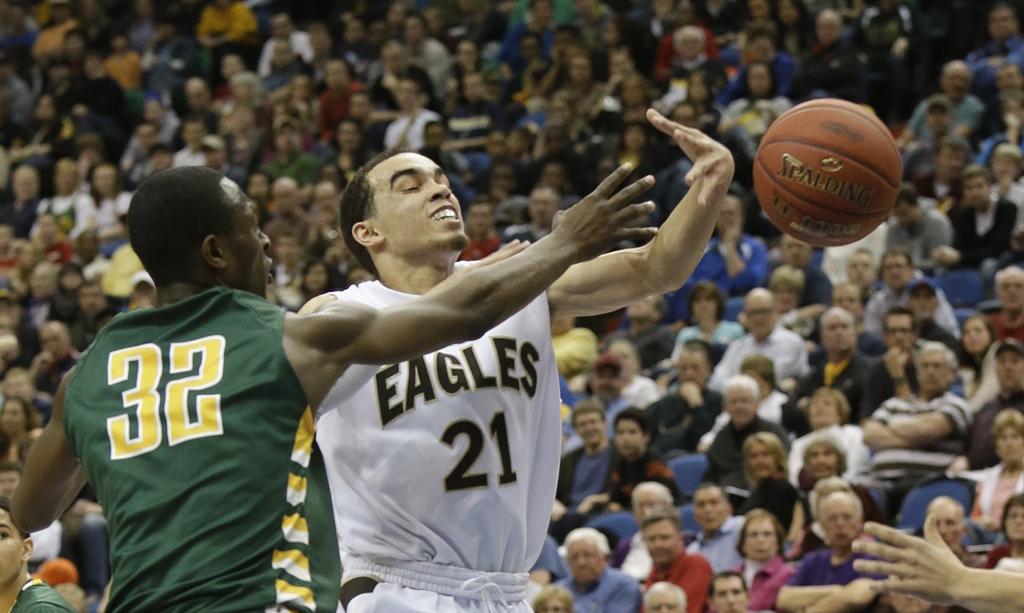 The holiday season’s tournament slate has taken on a smorgasbord look in the past couple of years: top teams sprinkled around the state rather than feasting on each other in one venue. Here is a look at some of the top ones and key matchups, along with rankings by Minnesota Basketball News.

When, where: Friday and Saturday, St. Cloud State University

Of note: The defending Class 4A state champion Eagles, led by Duke-bound Tyus Jones, play Roseville in the final game on Friday and Belgrade-Brooten-Elrosa in the last game on Saturday. Roseville will also square off with Champlin Park on Saturday. Blake opens the tournament against Big Lake. The Bears have struggled through their first seven games (3-4), and play Big Lake on Friday.

When, where: Thursday through Saturday, Mayo Civic Center

Teams: Defending champion Class 4A, No. 11 Woodbury returns to the eight-team field. So does No. 6 Osseo, which won back-to-back titles in 2010 and 2011. Those two schools could be a semifinal matchup. Other ranked teams include No. 15 Minnetonka and Class 2A, No. 20 Rochester Lourdes.

Of note: Rochester might host the event, but it hasn’t provided much of a homecourt advantage. In the past 18 years, only one Rochester school (Mayo in 1999) has come away with the crown.

Teams: A quaint but quality four-team field that features the host school and high-scoring forward J.P. Macura. The Xavier recruit already has eclipsed 40 points three times this season. Class 3A, No. 2 Holy Family will open against Class 4A, No. 17 Shakopee. Lakeville North, ranked No. 4 in Class 4A, plays White Bear Lake, which has already fallen to three ranked Class 4A teams.

When, where: Friday, Saturday and Monday, St. Olaf College, Northfield

Teams: Class 4A No. 1 Eastview and No. 4 Lakeville North, both of which have recently knocked off Class 4A three-time defending state champion Hopkins, highlight the 10-team field. However, they aren’t scheduled to square off in the round-robin event. Another ranked team, Class 3A, No. 2 Park Center, will be tested in games with Lakeville North, Eastview and Eagan.

When, where: Thursday through Saturday, Lindbergh Center, Hopkins

Of note: Hopkins and Anoka are the only two ranked teams in the bottom half of the bracket. The host Royals have already defeated Anoka and Bloomington Kennedy this season. Coach Brian Cosgriff’s squad has been playing without junior guard T’Aire Starks, who is expected to return to the lineup in the near future.

When, where: Friday and Saturday, Eden Prairie High School

Teams: Class 4A, No. 2 Centennial and Henry Sibley play in one semifinal. No. 8 Chaska plays 10th-ranked Eden Prairie in the other.

Of note: Chaska senior forward Ellie Thompson is averaging nearly 19 points per game. She is headed to South Dakota State.