Rising rapidly in recruiting rankings isn't enough for the junior guard from Cooper. 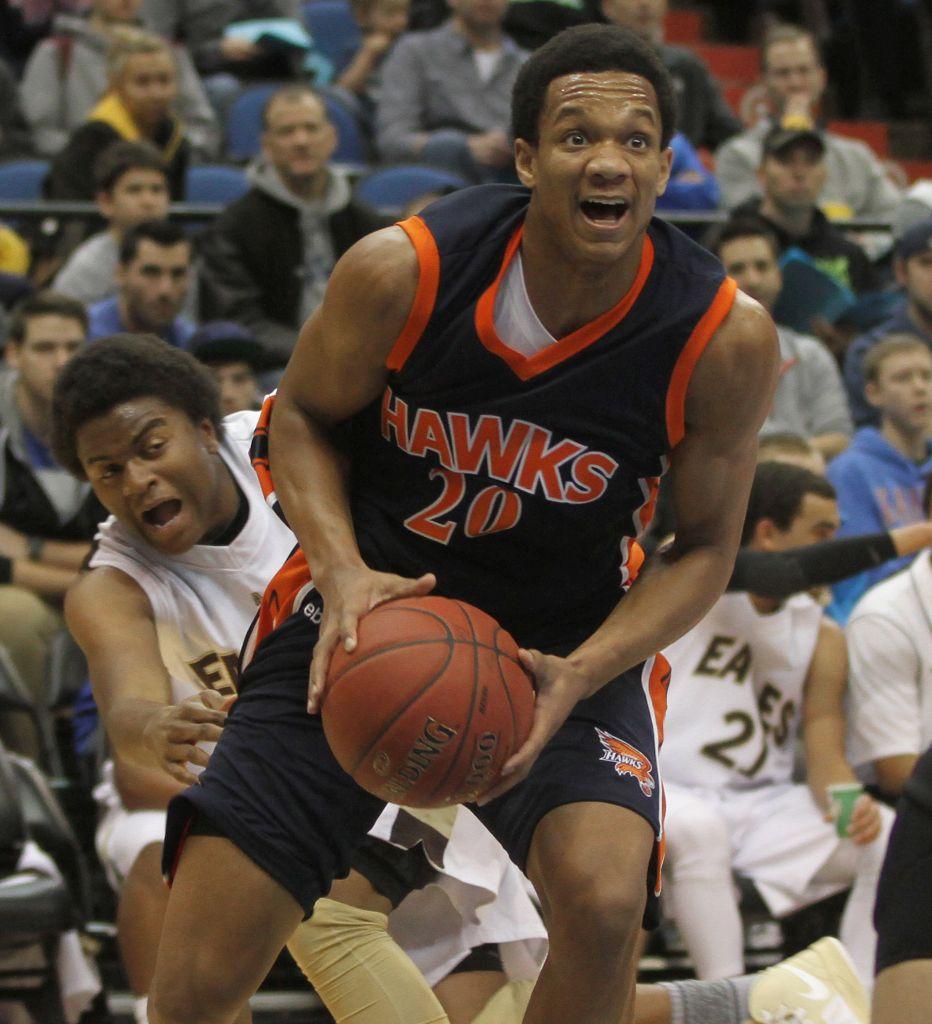 In between shooting simulated jumpers with the Knicks' Carmelo Anthony in NBA2K13, Rashad Vaughn imagined what it would be like to have his name on an NBA roster.

The 16-year old Cooper junior, wearing a school sweatshirt with "Mr. Showtime'' plastered on the back, still has several years until that is even a possibility. But his big imagination motivates him.

"I ain't never satisfied," Vaughn said after defeating his younger brother in the video game. "If I can't be No. 1 [in recruit ratings], I have to be No. 1 in the draft."

The flashy nickname doesn't seem to match Vaughn's personality off the court, where he's soft-spoken and gentle. With a basketball in his hands, it's a much different story. Before he developed his highly sought-after jump shot, Vaughn was known for his two-handed dunks and even a 360. These highlights earned him the nickname that used to identify him on Twitter. He also has been known to oblige random requests for dunks from the star-struck student body.

"There are a lot of people in his ear," Cooper coach Steve Burton said. "But he's handled it well. It makes a difference when you're relaxed and happy."

For about 26 minutes on Jan. 5 at Target Center, he managed to steal the spotlight normally directed at top-touted recruit Tyus Jones in a game against Apple Valley.

The 6-6, 201-pound shooting guard made nearly everything he threw up that day, scoring 35 points. Jones was just as impressed with Vaughn as the big-time college coaches in the crowd.

"Any time you're in the same state as the No. 1 player in the country, it's tough to get more attention," Vaughn said. "All the hard work is paying off. But I have to keep grinding and move up [in the rankings] and be the best. Every player would like to be No. 1. And I feel like I can get to that."

He calls his mentor, assistant coach Pete Kaffey, at 1 a.m. to find a gym to shoot in. He wakes up Kaffey for church every Sunday. He takes cones to a park on a 30-degree day to get in extra agility work. It's all part of the work ethic and discipline that Vaughn believes will get him to the top.

Kaffey is confident Vaughn is already there.

Once ranked at the bottom of the top 60, Vaughn has climbed 50 spots. That rise has helped draw a couple dozen high-profile scholarship offers. Climbing higher will be tough, but Vaughn already can boast about being the top- rated player at his position.

Cooper point guard Billy Kellogg said Vaughn is much more than that.

"He's steady and humble," Kellogg said. "You can argue it. But honestly, I think Rashad [is the best in the country]."