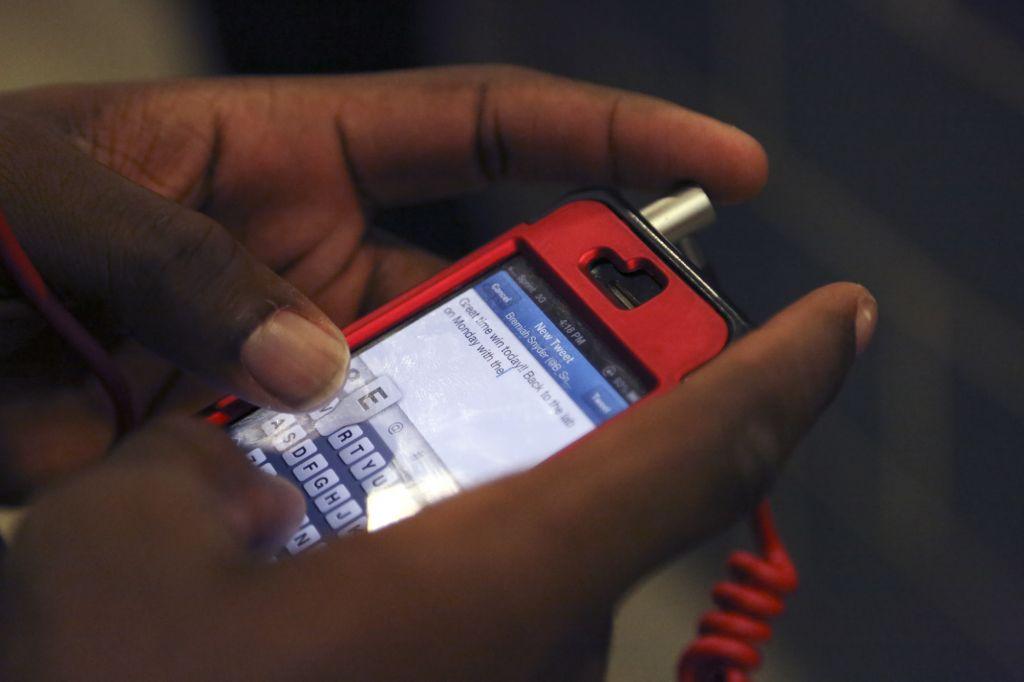 A sign on the locker room doors at Bloomington Jefferson jumped out at Tom Dasovich. Big, bold, underlined words, in all capital letters, some of them underlined for emphasis:

"Treat every conversation you have on TWITTER or FACEBOOK as if it were a NATIONALLY TELEVISED PRESS CONFERENCE."

The Minnetonka boys' basketball coach spotted the note during his team's recent visit and snapped a picture on his phone. Then he posted it on Twitter with the message "Players take note." Nearly half of his 173 followers retweeted or favorited the message.

Such warnings have become a staple of high school team meetings and huddles at practice, joining longstanding warnings about alcohol and drug use.

With teenagers communicating, venting and celebrating with the lightning speed of social media, coaches and athletic directors are scrambling to cope with and limit negative effects of controversial tweets, posts or photographs. Fears of defamation, suspensions, forfeitures and team chemistry issues have led some coaches and administrators to fight the use of Twitter and Facebook by their athletes.

Others, such as Dasovich, are embracing the reality that teenage athletes will find ways to keep their social status up to date.

He manages two Twitter accounts and encourages his players to use them to follow team news and events. He also monitors or trolls through his players' tweets, on the lookout for anything that could taint the Minnetonka name.

"I thought about getting one of those teachable moments out of it," Dasovich said of posting the locker room door message. "Helping kids navigate that world, I think, is important. [Proper use of social media] is a big issue with schools and teams."

DeLaSalle football coach Sean McMenomy's phone erupted the afternoon former Gophers wide receiver and DeLaSalle alum A.J. Barker posted his denunciation of Gophers coach Jerry Kill and the football program on the Internet. Though he didn't coach Barker, McMenomy still felt the effects of something he classified as an example of how far such statements can reach.

Daily reminders are now a part of McMenomy's battle against ill-advised social media use. The post-practice and postgame speech message to "avoid parties, drugs, alcohol" now includes "be mindful of what you're putting on the Internet."

"With what happened in recent months and last year, you worry about it," McMenomy said.

This past season a Breck football player began a Facebook quarrel with someone at DeLaSalle that led to his suspension and required an in-person apology to the downtown Minneapolis school.

"We are always trying to keep ahead of the game," McMenomy said. "A kid can put whatever the heck they want out there. We gotta figure out what we can do to protect ourselves, and that's educate kids and stay on kids."

Junior defenseman Tyler Nanne said he took the message to heart. The avid Twitter, Facebook, Instagram and Snapchat user said he has sacrificed a lot of his social media freedoms.

Nanne and senior defenseman Matt Nelson agreed it's tough to operate under such limiting guidelines, but the consequences of misuse are much worse if left in the hands of their 1,000-plus Twitter followers.

"It can destroy a team and a program," Nelson said. "The guidelines are to protect ourselves and the program as a whole."

Nelson, who has committed to play hockey at Princeton, already has received social media guidelines from his future college. Many major colleges have taken similar measures. The University of Michigan recently formalized social media practices for all athletes and required each to sign an agreement. Associate athletic director David Ablauf called it a "reactionary" response to a growing problem.

"Sometimes kids send out things and they don't understand the end result, how far it reaches," said Giles, who requires his players to put all their phones in a box prior to games. "[Kids] are going to use it. You always see them on their phones, on Facebook, in Twitterland. We just have to make sure they understand how to use it."

Understanding the proper use of social media also can be a challenge for coaches and athletic directors. For some, it's overwhelming to even try.

Former Southwest football John Biezuns embraced the new world by connecting with colleagues and players. In November, he suddenly resigned for personal reasons amid speculation of misusing social media. He recently said he could not speak on the matter, but acknowledged he has learned a lot from his social media use and called its integration with sports "probably not a good thing."

"Coaches need to be aware of anything social media and as a coach, you have to be careful what you say," Biezuns said. "Anything that gets written down, e-mailed or texted can come back to haunt you."

"We all try to look out for each other. If we feel there is something that should not be put out there, we let each other know," Dearring said. "I think it's a good way for players to connect with other players. It's a good way to get information out."

Jason Gonzalez talks to Twin Cities-area players and coaches about the use (and potential abuse) of social media.