Minnesota's most hyped class finally has matured into junior leadership. The nation's top recruit from the 2014 class, Tyus Jones, has pushed Apple Valley to the top of the rankings. 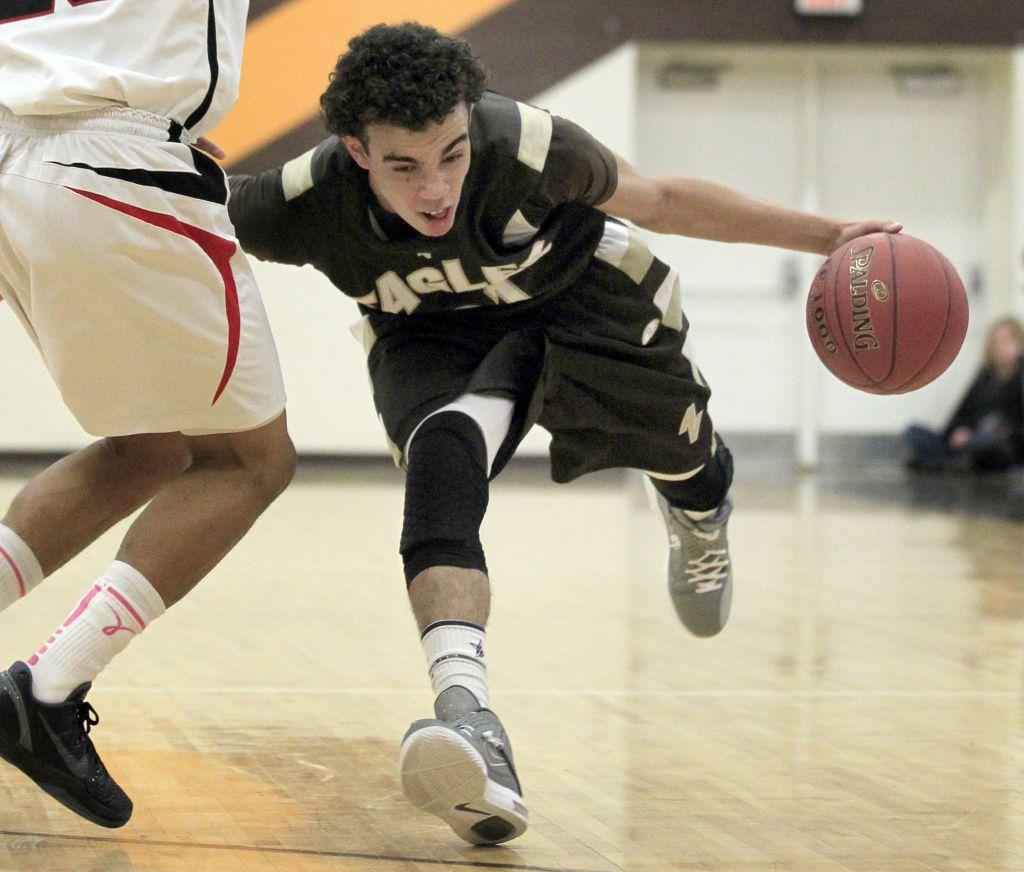 1 NOTHING BUT THE BEST

Minnesota's most hyped class finally has matured into junior leadership. The nation's top recruit from the 2014 class, Tyus Jones, has pushed Apple Valley to the top of the rankings. DeLaSalle's Reid Travis should keep the Islanders on track for back-to-back Class 3A championships. And Cooper's Rashad Vaughn will lead the Hawks' effort to surprise some opponents.

The trio is rated among ESPN's top 28 recruits, with Jones and Vaughn in the top nine. Their stock has college coaches from across the country frequently visiting the Twin Cities to catch a glimpse. It's not often when the Twin Cities produces this sort of talent in the same class, let alone on the same court. Jones and Vaughn will square off on Jan. 5 at 3 p.m. at Target Center.

2 WHO GETS THE BIG PRIZE?

Jones, Apple Valley's star point guard, announced a month ago that his college options are down to eight. The news delivered through Twitter read "I have officially narrowed my college choices to ... Baylor, Duke, Kansas, Kentucky, Michigan State, Minnesota, Ohio State, UNC."

A decision by the nation's top recruit of the Class of 2014 (as rated by ESPN) likely won't come until after the season, but the courting will get serious next month. It likely will be a busy winter for Jones. A change in NCAA recruiting rules allows individuals to begin making official visits Jan. 1 of their junior year.

DeLaSalle still is celebrating its last-second, game-winning jumper by since-graduated Ross Barker in the Class 3A championship game. The Islanders and their fans might not have to let that feeling go away this season.

Three of DeLaSalle's all- tournament team selections from the 2011-12 run are back and ready to repeat: senior Luke Scott and top recruits Reid Travis (junior) and Jarvis Johnson (sophomore). The Islanders have plenty of experience coming back to try and become the storied program's third group to win back-to-back state championships.

They are ranked No. 1 in Class 3A and will play in the annual Mike Miller Classic at the Corn Palace in Mitchell, S.D., at the end of the month. The tournament will feature teams from New York, Florida, Nevada, Indiana and South Dakota.

Holy Angels coach Larry McKenzie has a chance to claim his 250th victory. The longtime high school coach is only three wins shy of the mark. In his fifth year as the Stars coach, McKenzie hopes he can complete his mission of changing the basketball culture at Holy Angels by returning the team to the state tournament and making his first appearance there in 10 years.

The traditionally competitive Eagles have new leadership in Reggie Perkins, who most recently coached Minneapolis Washburn to the Class 3A title game last season. He hopes to implement his fast-paced transition offense and a full-court pressure defense to recreate the same success he produced in the city.

Perkins inherits eight returning players (two starters) who will benefit from the addition of Washburn transfer Dejon Davis. The coach is eager for a fresh start after a last-second shot spoiled his final game at Washburn.