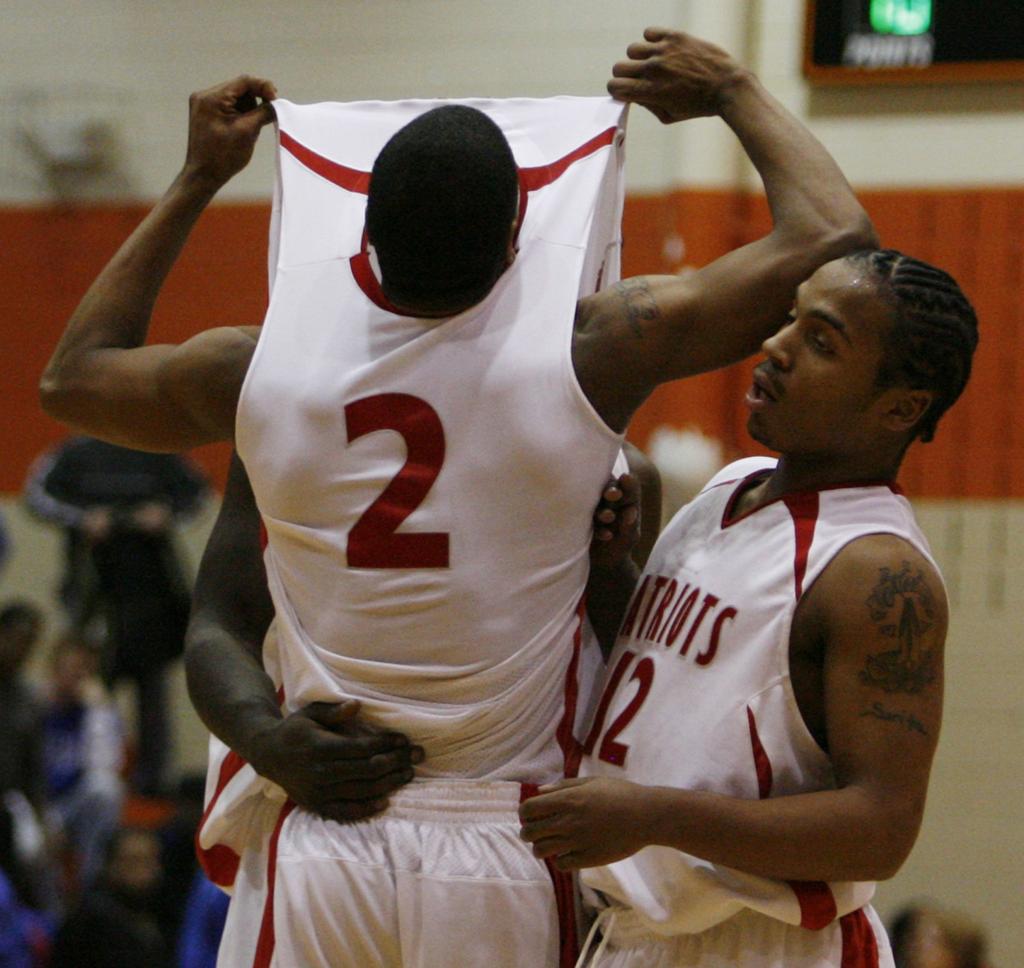 Two men shot to death in St. Paul -- Mandela Jackson and Jordan Hughes --  were good friends who played basketball together at Patrick Henry High School in north Minneapolis, according to family members and friends.

The two were shot about a mile apart, and police Sgt. Paul Paulos said Wednesday afternoon that "neither of the deaths appear to be random and no suspects are being sought at this time" and no one is under arrest.

Hughes was found shot about 11:30 p.m. Tuesday outside in the 800 block of Fuller Avenue. He died at Regions Hospital.

Shortly after 8 a.m. Wednesday, Jackson was found shot in the 400 block of Charles Avenue.

"We are following up on strong leads" about what led to the shootings, Paulos said.

In 2007-08, Jackson averaged about 21 points per game as a senior and led his team to the Class 3A tournament.

Jibreel Jackson said that his brother and the other man, in his early 20s, both graduated from Henry.

The brother said that he and other family members were at his parents' home Tuesday night when South St. Paul police officers knocked on the door, were let in and ordered all of the occupants out.

The officers asked where Mandela Jackson was and only said that "something had happened," Jibreel Jackson said. He did not say what time that occurred.

Jibreel Jackson said he and another brother were at his sister's house Wednesday morning in the 400 block of Charles Avenue and found Mandela Jackson's body a few doors down, with a gun nearby.

Family members have no clue about what led to the shootings, Jibreel Jackson said.