1971-2012: The Modern Era saw tumultuous changes and the rise of powerful stars 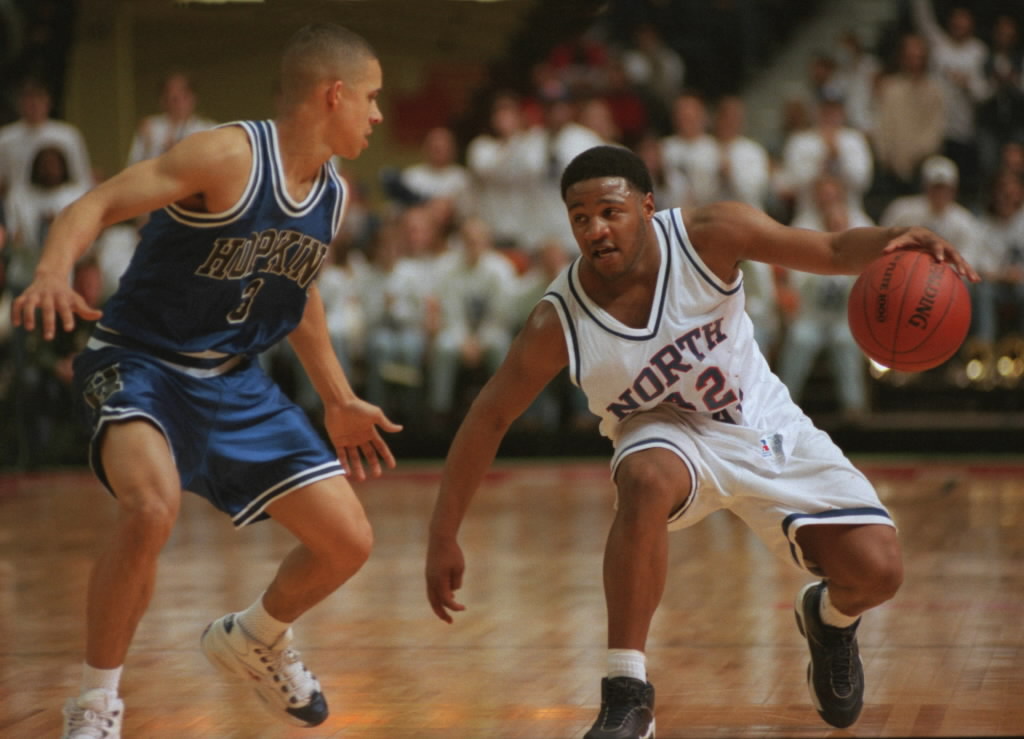 A versatile and creative point guard, he led the Polars to three consecutive titles; there have been none better at dictating tempo and rising to the occasion.
Second Minnesota boy to top 3,000 career points; extraordinary range, and don’t foul him — he still holds state record for career free-throw percentage (89.8).
Tournament’s first 7-footer was a matchup nightmare; tournament-record 113 points in three games in 1979 still stands.
Think he can only score (3,428 career points)? He also holds state record with 1,135 career assists. Only player to lead tournament in scoring three years in a row.

Rebounding beast with a feathery touch inside; averaged 28 points, 15 rebounds to lead Dutchmen to ’74 Class 1A title and playoff victory over Bemidji.

5. White Bear Lake, 1985 (26-0)
Second consecutive undefeated season, led by seniors Joe Regnier and Larry Ogden. The Bears knocked off previously unbeaten Minneapolis North in both the ’84 and ’85 Class 2A final.

1. Hopkins guard Blake Hoffarber’s “rump shot” — a two-handed heave from just inside the three-point line while sitting on the court — sends the 2005 Class 4A title game against Eastview into a second overtime. The Royals then outscored the Lightning 13-2 to win 71-60.
2. St. James guard Jeff Nessler drains a buzzer-beating 40-foot shot to topple Melrose 57-55 in the 1972 Class 1A title game.
3. Wabasso beats Red Lake 117-113 in overtime in the 1997 Class 1A semifinals, the wildest, highest-scoring game in tournament history. Records from that game still standing: most points, most points by a losing team, most field goals made and attempted (48-for-87 by Red Lake) and most points in one quarter (43 in the fourth, Red Lake).
4. Guard Khalid El-Amin scores eight of his 41 points in the final 25.5 seconds — finishing with a 23-foot three-pointer at the buzzer — to lift Minneapolis North over St. Thomas Academy 67-65 in the 1996 “Sweet 16” quarterfinals.
5. Guard Barry Wohler scores the last two of his 28 points by hitting a 23-foot jumper with five seconds left in the second overtime, giving Bird Island-Lake Lillian a 49-47 victory over Winona Cotter for a second consecutive Class 1A title in 1981.