Trailing for much of the game, the Lakers stormed back late to beat the Polars. 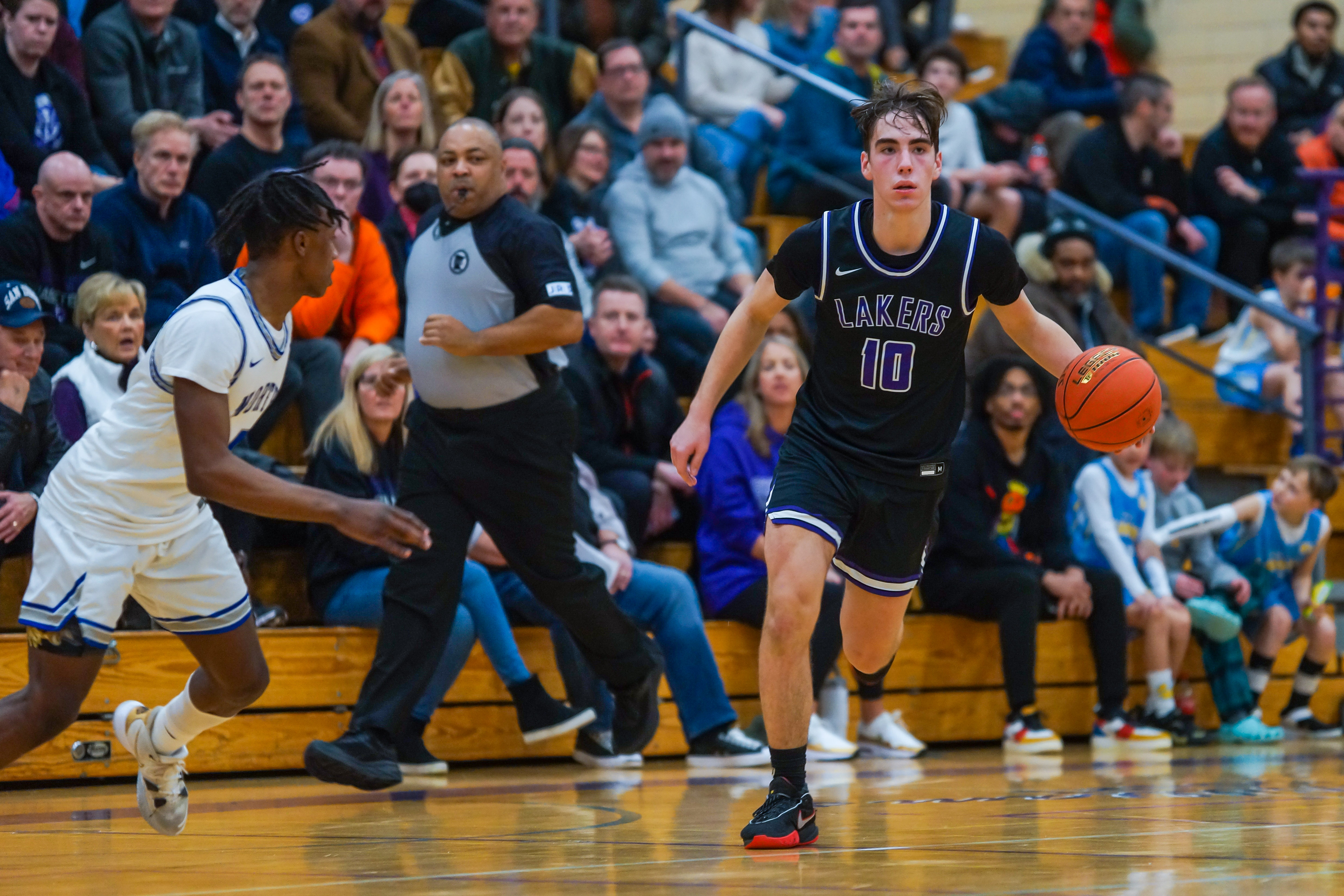 Minneapolis Southwest rallied in the second half to defeat visiting Minneapolis North 89-85 Wednesday night and end the Polars’ six-year winning streak in the Minneapolis City Conference. It was North’s first loss to a league opponent since Feb. 5, 2016, a run of 75 victories. 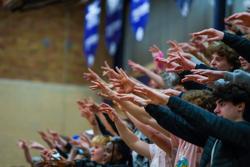 Lakers junior guard Liam Farniok scored 20 of his game-high 31 points in the first half, where he rarely missed a shot. Despite Farniok’s effort, Southwest entered halftime trailing 46-39. Fueled by senior guard Dillon Engen, the Lakers offense exploded for 50 points after the break and was key to the comeback victory. Engen scored 21 points in the second half while making clutch free throws and hitting three-point baskets down the stretch to hold off the Polars.

Farniok and Engen combined for 52 points, and their team rallied around every point they scored, which was met with thunderous cheers from the home crowd.

“I made one shot, made another shot and thought I’d let it fly every time, especially when my team shows crazy good support and they give me all the confidence that I have,” Farniok said.

While Farniok finished the game as the Lakers’ leading scorer, Southwest has a next-man-up mentality, and it was on display as Engen consistently got his teammates involved on offense. Oliver Shors finished with 11 points, Nelson Harris added seven and Caden Sullivan and Mason Dean each had six for the Lakers.

North coach Ricky Davis made defensive adjustments that denied Farniok the ball in the second half, which stopped Farniok’s scoring streak, but the Lakers leader found other ways to impact the game.

“It’s not all about scoring because even when I don't score, I know I can pass, rebound and affect the game in other ways, especially since I have teammates who were playing amazing and scored a lot in the second half,” Farniok said.

That included Engen, who went scoreless in the first half but unleashed his scoring with a culmination of three-pointers, lay-ups and free throws, which he attributed to his tenacity and teammates’ belief in him.

“I just told myself I got to stay confident. And I knew my team needed me down the stretch, so I just kept shooting and they kept falling. So I kept shooting,” Engen said.

Sullivan, a senior guard, provided leadership that was felt through his communication of matchups and his consistent hand clapping that galvanized his teammates together, improving their morale when it looked as if North might run away with the game.

Southwest coach Keenan Shelton said the victory should provide the Lakers motivation for the rest of the season.

“This win gives us a lot of momentum and it keeps us at the top of the conference, and our guys realize that we can play anyone if we come out, execute and give the energy we’re accustomed to,” he said. “and it’s a great feeling to break North’s six-year streak.” 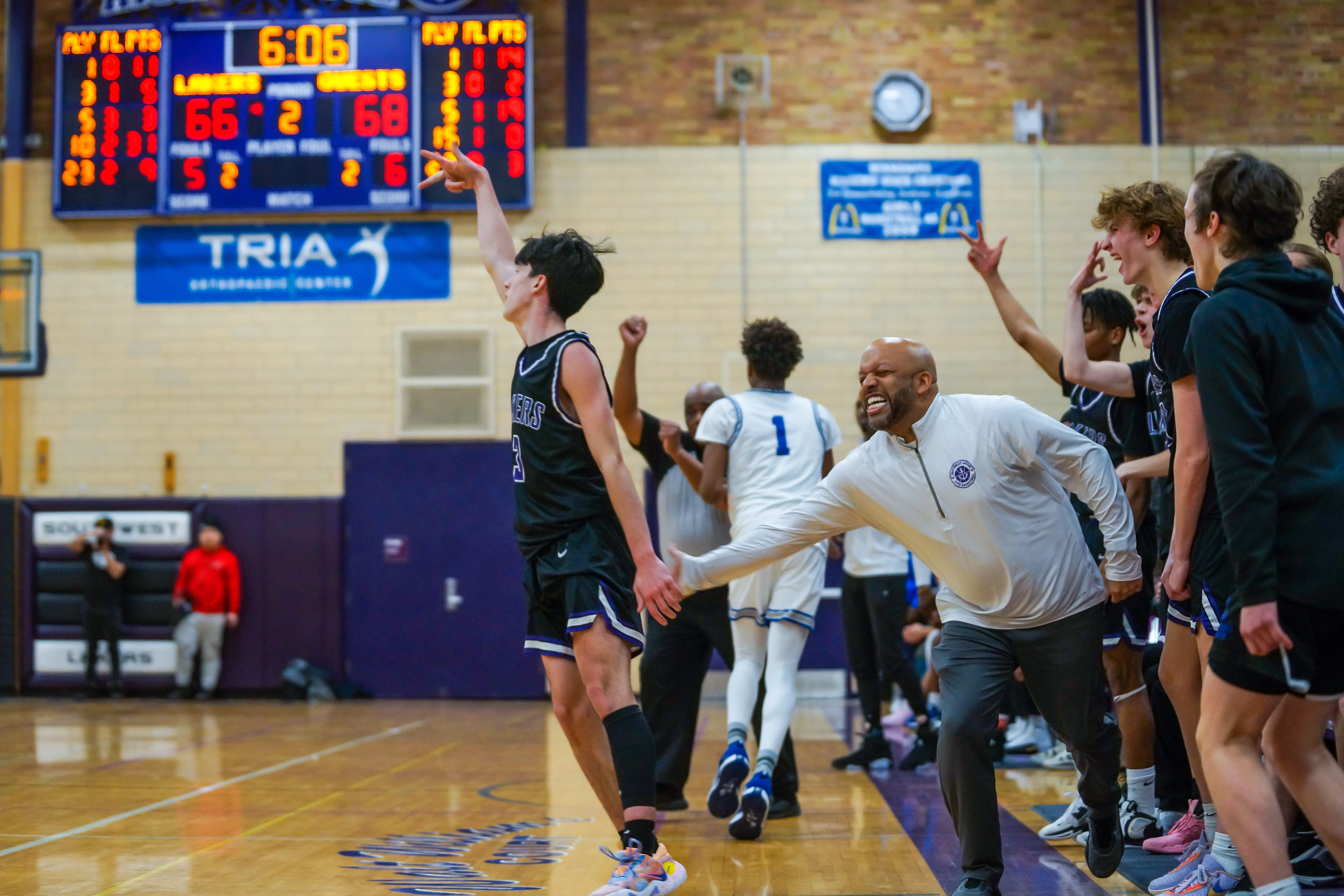 Lakers guard Dillon Engen gets a low-five from his head coach as he sank a 3 point shot that edged his team past Minneapolis North, late in the second half. Engen finished with 21 points. Photo by Korey McDermott, SportsEngine

Farniok finished with a game-high 31 points, bringing his season total to 310 (12th most in the state as of Thursday morning).

Engen had 21 and Shors had 17 to keep the Lakers undefeated in league play and atop the conference standings at 3-0.

Southwest trailed 46-39 at halftime but rallied to win with 50 points in the second half to improve its record to 10-2 on the season.

Zashon Rich led North, which is No. 7 in the Class 2A rankings released by Minnesota Basketball News on Jan. 13, with 26 points. Larry Perkins had 18 while Max Wilson and Keishaude Gilmer each added 11 for the Polars (6-4, 3-1). 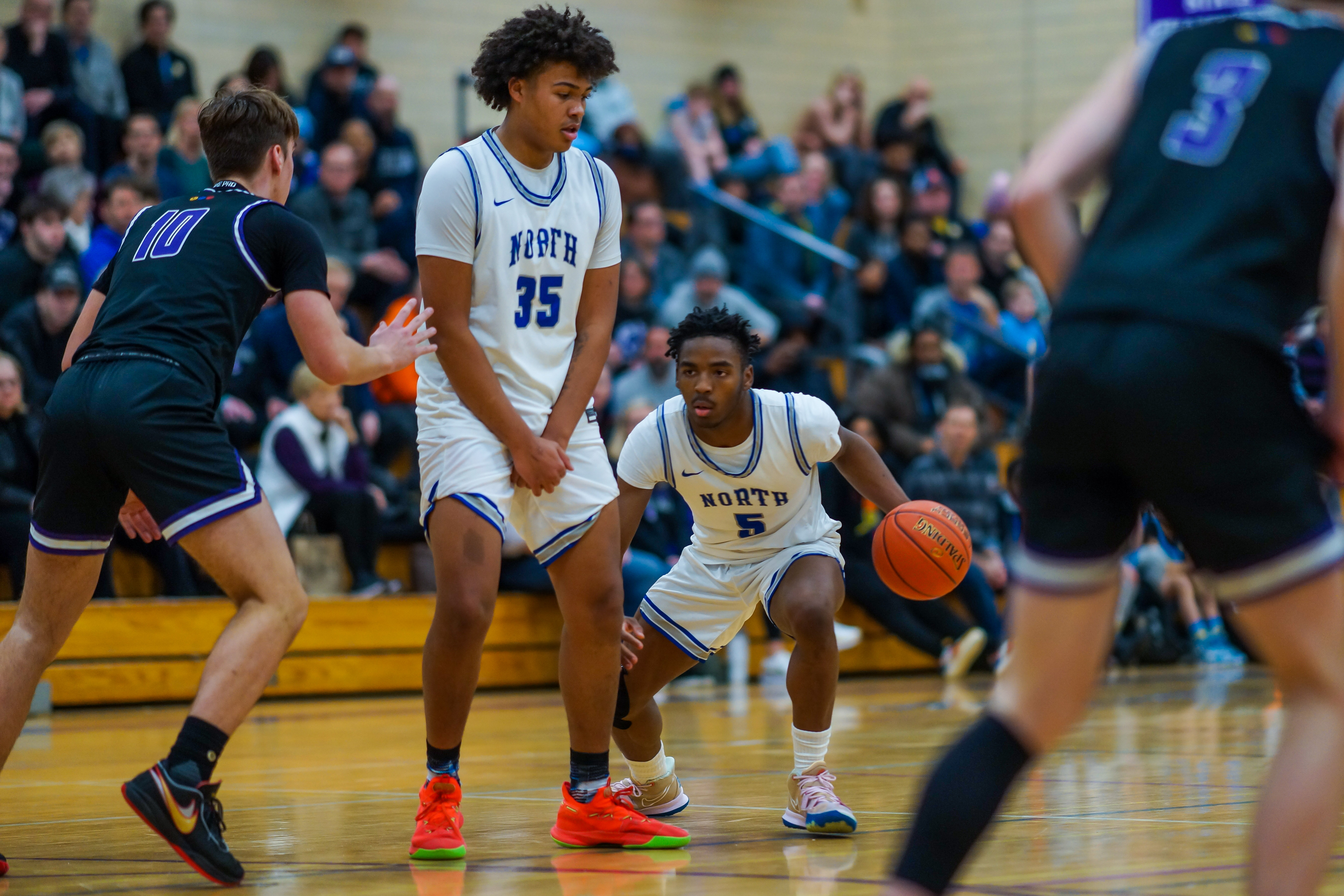 MN Boys Basketball Hub polls are for entertainment purposes only.