Ziggy Kauls, for 45 years a successful coach, and Tayler Hill, a big-time girls’ scorer still deep in the basketball biz, were among inductees in the 2022 class. 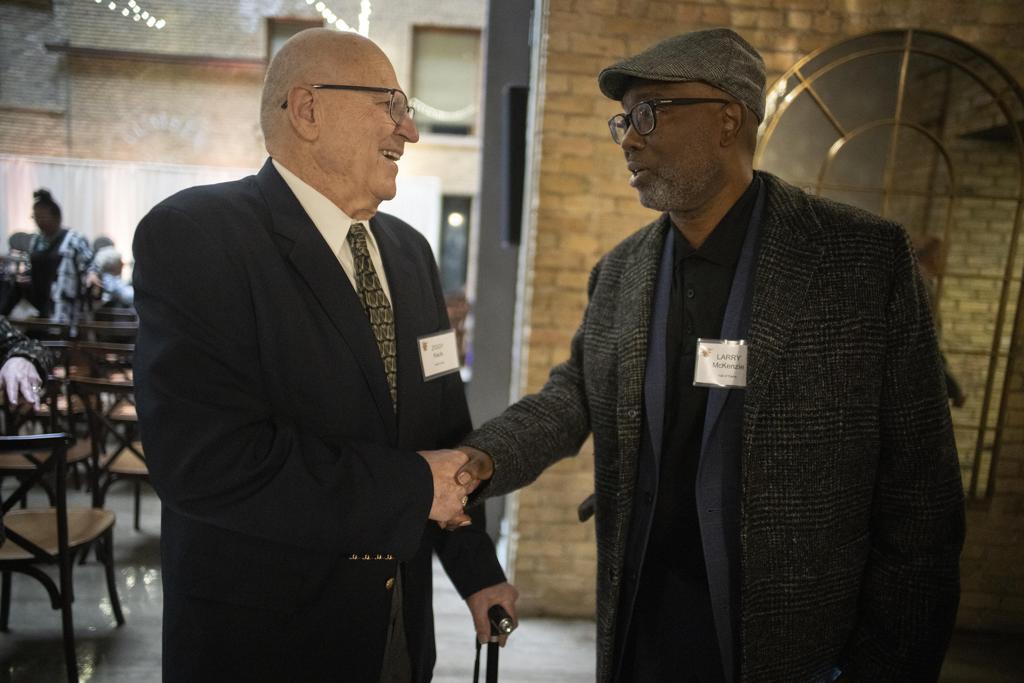 Ziggy Kauls never really believed he’d have a reunion with Mark Landsberger, who helped Mounds View to the Class 2A boys’ basketball state championship in 1973, but he hoped.

They got close Thursday. Both were inducted into the Minnesota High School Basketball Hall of Fame in a ceremony at the Lumber Exchange Building in downtown Minneapolis.

Kauls, 81, who retired in 2015 with 739 victories in a 45-year career at Mounds View High School, would have loved a chance to catch up with his 6-8 bruising forward, but the reality is that Landsberger, who played professionally for 16 years, has kept a low profile since retiring from basketball in 1993.

“He lives in St. Cloud, taking care of his parents,” said Kauls, who walks with a cane but remains sharp.

Landsberger, who played one season for the Gophers before transferring to Arizona State, carved out a lengthy professional career thanks to his willingness to chase rebounds. He won two NBA titles, in 1980 and 1982, with the Los Angeles Lakers. In his seven seasons in the NBA, Landsberger had more rebounds (2,681) than points (2,468).

Recently, Landsberger’s profile became elevated through the HBO Series “Winning Time,” which chronicles the rise of the Lakers in the 1980s. Landsberger is seen often, albeit in a non-speaking role, on the series.

Kauls remembers Landsberger as a relentless rebounder who used his strength to his advantage. “Larry Brown used to talk about his 26 rebounds at McNichols Arena in Denver,” Kauls said. “That was an arena record.”

Tayler Hill stood out among the inductees in the 2022 class, and not just because the former Minneapolis South star, at 31, was significantly younger than the others.

While others were reflecting about long-past days, Hill is just beginning the second stage in her basketball life. She has a position with Nike at its corporate headquarters in Oregon — although recently she has worked from home in Minneapolis — and made twice-weekly appearances on the Big Ten Network as a studio analyst for women’s basketball.

“I really liked it,” said Hill, referring to being on BTN. “It was nice to be back in the conference that I played in.”

Hill scored 3,888 points in her high school career and led Minneapolis South to its only state title, in 2009, before starring at Ohio State.

To this day, Hill cherishes that 2009 state championship experience.

“The Minneapolis South students that came to those games, if I think about high school basketball, I think about those student sections and the crazy support we had,” Hill said.