Championship Saturday: Class 4A and 3A title game capsules

Give top seeds Park Center (4A) and Totino-Grace (3A) have an edge in depth and talent, but they’ll be facing opponents out to avenge early-season losses. 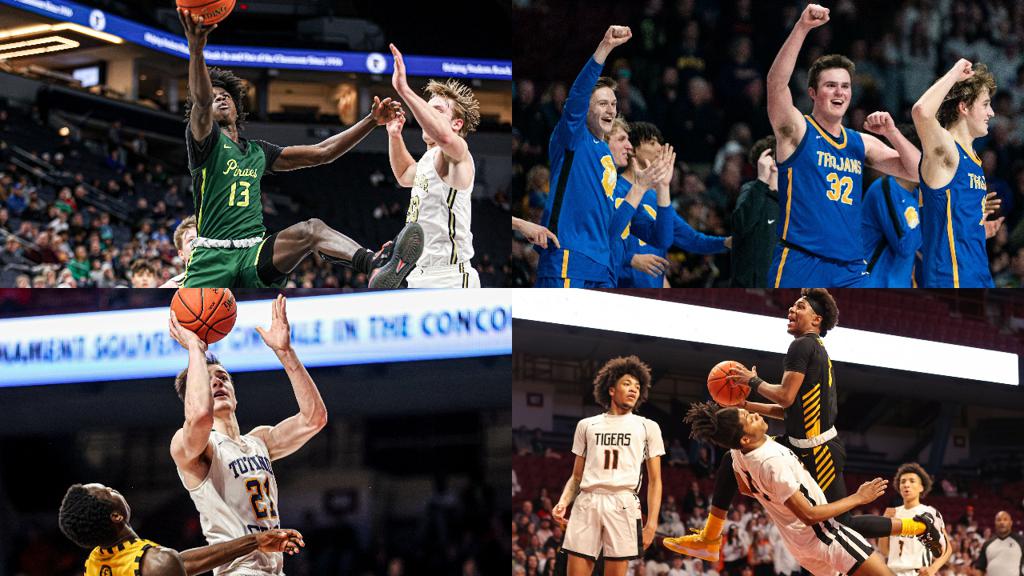 Why Park Center will win: The Pirates are easily the most talented team in Class 4A and added more talent with the addition of sophomore guard Cash Chavis, who started the season with Class 3A finalist DeLaSalle. They showed a side of themselves rarely seen this season, leaning on intense on-ball defense and the ability to recover to hold Eastview to 29.5% shooting from the floor and a season-low 39 points. They have two Division I signees in Braeden Carrington (Minnesota) and Leo Torbor (San Jose State). With just one loss, they know how to close out games.

Why Wayzata will win: The Trojans’ 2021 state-title run paid dividends in the semifinals. They kept their composure despite trailing Cretin-Derham Hall 39-35 with 6:19 remaining and went on a game-clinching 19-3 run. No team plays in a more connected fashion than Wayzata, which has no weak spots in its eight-player rotation. Their hallmark is their team play and consistent motion and all of them are threat to score. At 6-9 and blessed with a terrific outside shooting touch, Carter Bjerke presents matchup problems for defenses. Since the first of the year, Wayzata has been nearly unbeatable, having won 17 straight and 22 of 23.

One thing to know: Park Center beat Wayzata 66-62 at the Breakdown Classic in early December.

Why DeLaSalle will win: Defense and chemistry. The latter was resolved through roster changes in the weeks following the Islanders’ 61-58 loss Dec. 18 at Totino-Grace. “We play way better team basketball,” DeLaSalle coach Travis Bledsoe said. “Our chemistry is at an all-time high right now.” As for the defense, the Islanders made believers out of Princeton. “Their speed and athleticism kind of kept us contained,” Tigers senior guard Cooper Nowak said. “We couldn’t get to the hoop as easily as we have against the other teams we’ve played.”

Why Totino-Grace will win: Depth. Mankato East coach Joe Madson meant it as a compliment, the fact that he didn’t notice Eagles guard Taison Chatman in terms of scoring in the semifinal. While Chatman scored only five points (to go with 11 rebounds and nine assists), Totino-Grace still blew the Cougars off the Williams Arena raised floor. “They’ve just got a lot of options,” Madson said. “[Chatman is] the kid you’re probably putting at the top of the scout sheet, but the bottom of their scout sheet is also really good.”

One thing to know: DeLaSalle, located in Minneapolis, has won 12 state championships, its most recent coming under Bledsoe’s watch in 2019. Totino-Grace,in Fridley, has never played for the title.