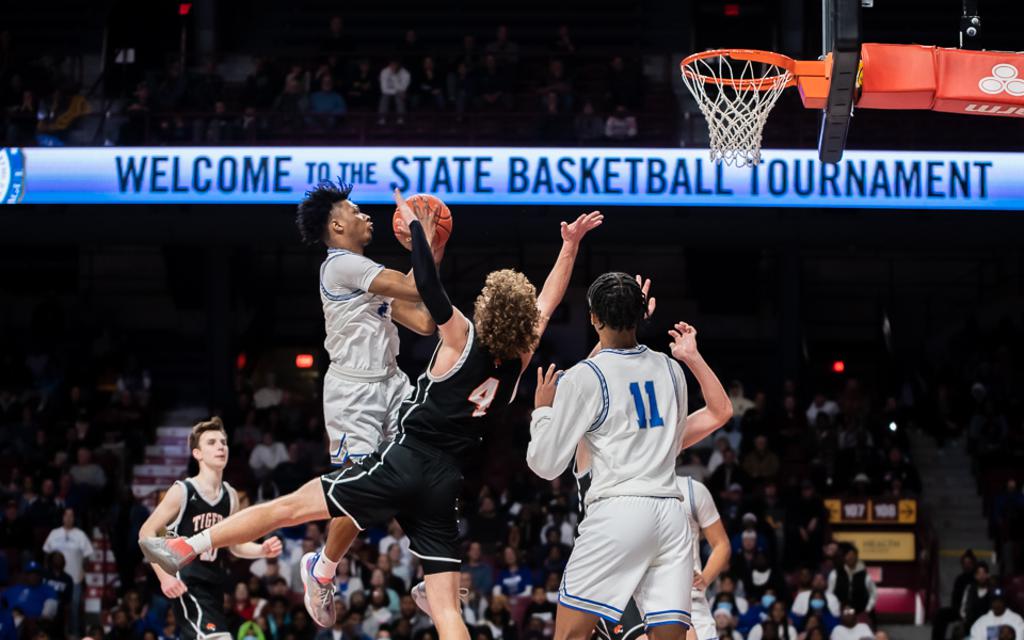 Minneapolis North senior guard De’Meiko Anderson drives down the lane to get off a shot against Morris Area/Chokio-Alberta during their Class 2A semifinal game Friday night. (Photo by Earl Ebensteiner, SportsEngine)

From Day One at Minneapolis North, De’Meiko Anderson, Jacob Butler, Rio Sanders and Willie Wilson dubbed themselves the “core four.”

“This is their senior year. They have one thing that they have not done,” said North coach Larry McKenzie.

The “core four” and the rest of the top-seeded Polars are a game away from that last checkmark after a 71-63 victory over No. 5 seed Morris Area/Chokio-Alberta in Friday’s first boys’ basketball Class 2A semifinal game at Williams Arena.

The Polars (27-6) trailed 8-4, but that was a blip on the radar as they went on a 17-0 run to grab the lead for good. Though the Tigers kept it a close game, getting within a point at 49-48, the Polars always put some distance between them. Making 18 of 21 free throws helped.

“When we make our mistakes, we know what exactly it was right away,” Butler said. “So when adversity comes, we don’t ever break down, because we’ve seen games like this before.”

Anderson also celebrated 1,000 career points during the game. He led the Polars with 19 points.

Tigers 6-8 senior center Jackson Loge led his team, scoring 22 of his 37 points before halftime. He added 14 rebounds and eight blocks.

“We were right there,” said Tigers coach Mark Torgerson. “The fact that we got back in it in the second half was a credit to these kids.” 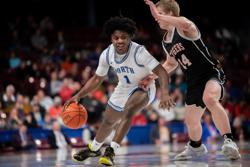