Class 3A semifinal: DeLaSalle back in familiar territory 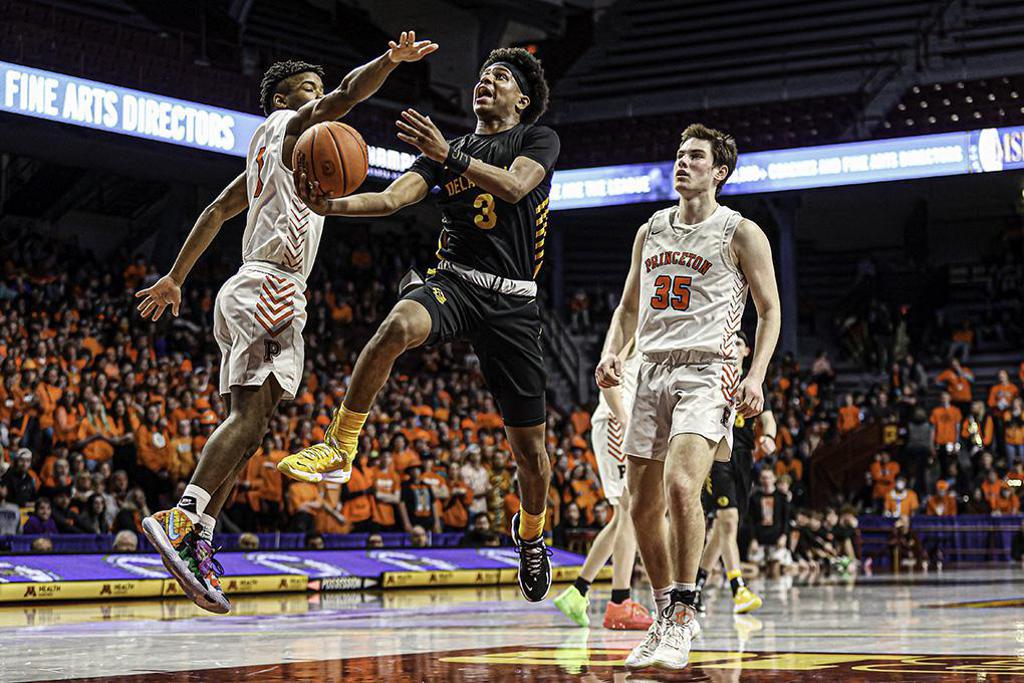 DeLaSalle's Nasir Whitlock (3) drives for a layup in the second half against Princeton's Cooper Nowak. Whitlock had 28 points, six assists and five rebounds in the Islanders' victory. Photo by Mark Hvidsten, SportsEngine

His players answered questions about the rich tradition of DeLaSalle boys’ basketball as coach Travis Bledsoe turned hype man at the far end of the press conference table.

“We’re in the ship, dude. What?” Bledsoe said quietly to no one in particular. “It’s crazy, dude.”

DeLaSalle, located in Minneapolis, has won 12 state championships, its most recent coming under Bledsoe’s watch in 2019. Totino-Grace, located in Fridley, has never played for the title.

“We’re pretty familiar with them,” Bledsoe said. “We’ve seen them enough and we’ll be prepared.”

The Tigers’ Haydn Stay led all players with 33 points and 10 rebounds. Despite his success, Stay credited DeLaSalle’s defense for controlling much of the game.

Junior guard Nasir Whitlock led the Islanders with 28 points, ahead of Kyle Johnson (15) and Amir Everett (13). 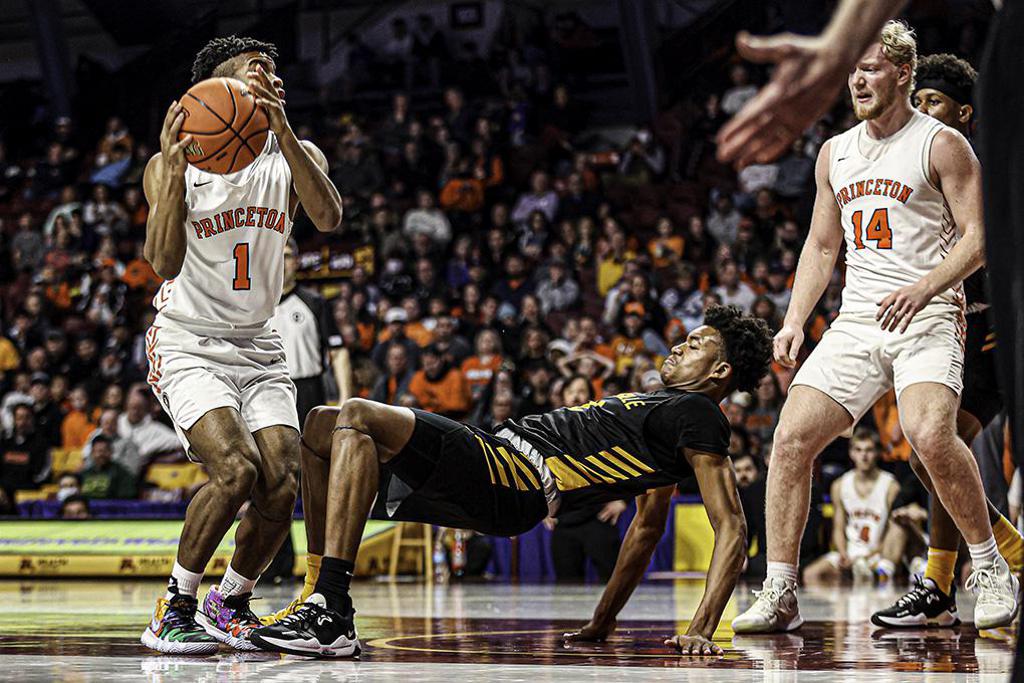 DeLaSalle's Isreal Moses IV takes the charge from Princeton's Cooper Nowak in the second half. Photo by Mark Hvidsten, SportsEngine 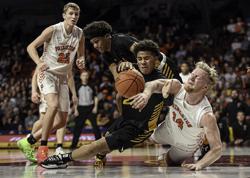