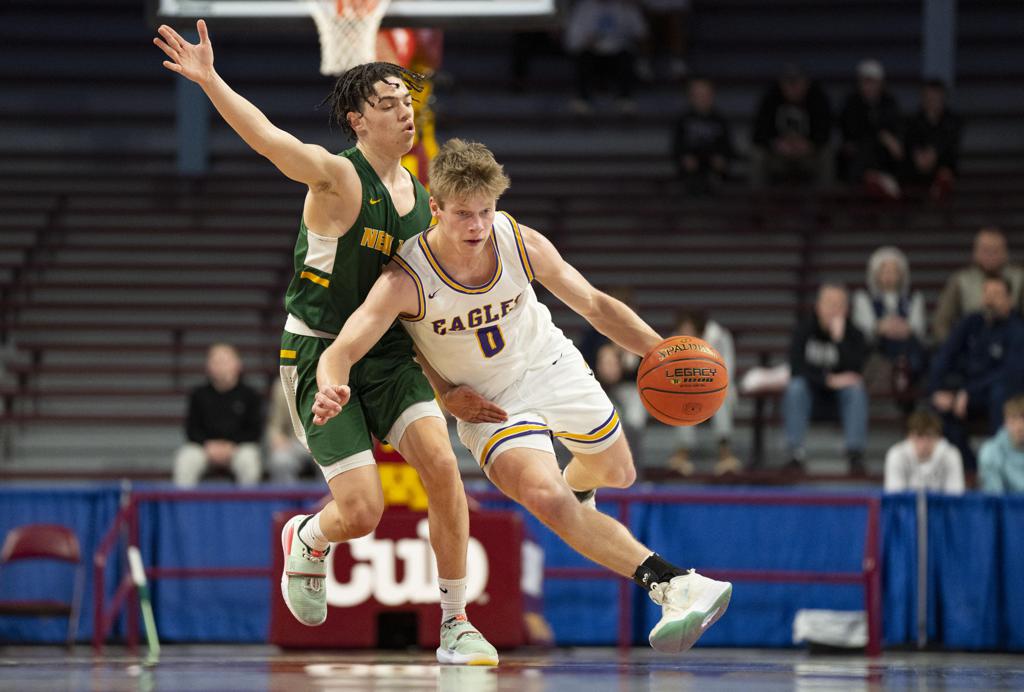 New Life Academy coach Robbie Whitney reminded his New Life Academy squad that they’re a second-half team who can make a scoring run. But so, too, could opponent Sacred Heart.

Quite well, it turned out. The No. 3-seed New Life Academy Eagles defeated the Sacred Heart Eagles 64-58 Wednesday in the last Class 1A quarterfinal of the day at Williams Arena. New Life Academy (27-3) will face Belgrade-Brooten-Elrosa in Friday’s semifinals.

Sacred Heart tied the game at 42 in the second half with a 10-0 run. But New Life’s response was a timeout, and then its own run — 11-0 — to get back the lead it wouldn’t relinquish.

“For me, especially, I just needed to take a couple deep breaths,” New Life Academy junior Maxwell Briggs. “I think I threw two turnovers (bad passes) right before they hit those couple of threes.”

Senior Kollin Kaemingk, who scored 20 points, spoke up: “I did, too.”

But New Life Academy was “ready to go” after that timeout, Briggs said.

“You’ve given those extra efforts to get there, and then tie it up,” Tomkinson said. “And they inch ahead. So that’s always going to be tough.”