Class 1A quarterfinal: Cherry rolls into second round 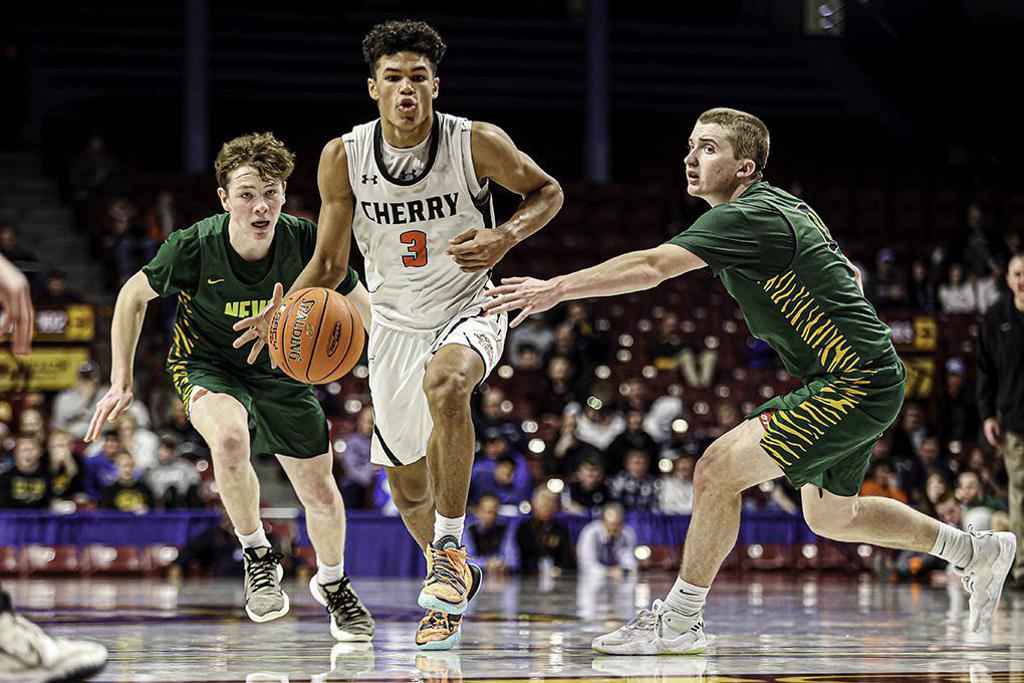 Cherry's Isaac Asuma brings the ball up the court. Asuma had 31 points and 17 rebounds in Cherry's victory. Photo by Mark Hvidsten, SportsEngine 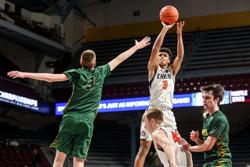 “It was a revenge game; we had to get them back,” Asuma said.

Cherry coach Jordan Christianson rated Wednesday’s game as “probably the best team-game we’ve played all year.” But it was the Asuma show at Williams Arena.

Cherry, making its first state tournament appearance since 1997, started with the expected nerves and missed its first four shots from the field. Asuma cut into an early 7-0 Nevis lead and just kept scoring.

“We knew Asuma was probably the best athlete on the floor,” Nevis (27-4) coach Scott Kramer said. “We tried adjusting a few things, but he still continued to get to the basket. He outhustled us in a lot of areas.”

His team leading 30-26 at halftime, Asuma scored seven of Cherry’s points as the team made a key 12-2 run to start the second half.

No. 5 seed Cherry (27-4) advances to Friday’s semifinal, set for noon at Williams Arena. The Tigers face another revenge game against No. 1 seed Hayfield, 78-65 winners at home on Feb. 5.