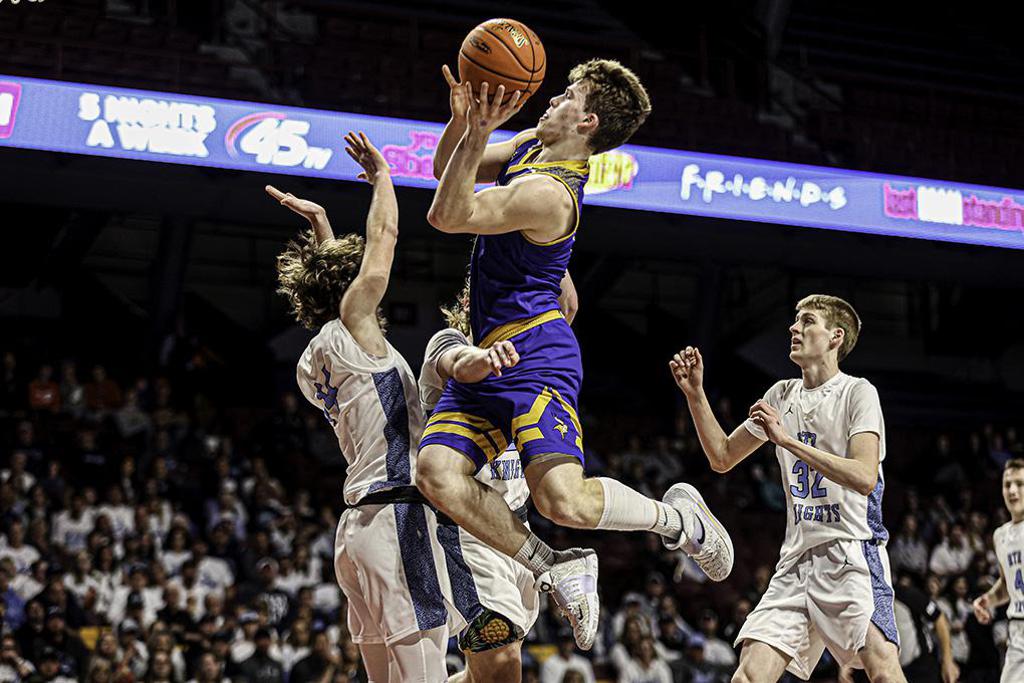 Already wary of defending state champion Hayfield’s edge in experience, Russell-Tyler-Ruthton suffered further as the hot Vikings made six of their first seven shots from the field. 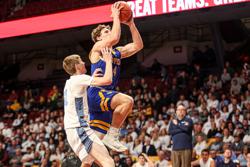 The No. 1 seeded Vikings (30-2) were led in scoring by junior guards Ethan Pack (25 points) and Isaac Matti (15), two of the four returning contributors from the 2021 state title team.

“Yeah, we have four guys with experience and that goes a long way,” Vikings senior forward Easton Fritcher said. “Experience is everything in anything you do. But you still have to perform, and we did that tonight.”

Hayfield raced to a 16-2 advantage and maintained a double-digit lead throughout. They Vikings advance to Friday’s semifinal, set for noon at Williams Arena.

Russell-Tyler-Ruthton (23-8) coach Daren Gravley said of his team’s early hole, “It’s not the start we wanted. It was a mountain to climb after that.

“It seemed like everything they put up went in,” Gravley said of Hayfield. “Good shooters make shots.”

“It was man-to-man, and we haven’t played against that in a while,” Matti said. “So, we got better looks and it’s fun when we get to take our guy off the dribble. We prefer seeing man-to-man.”

“Just cut that out, I guess,” Matti joked.