Class 4A state quarterfinal: Eastview runs away from Eden Prairie

Lightning senior Hassan felt it was going to be a good day. 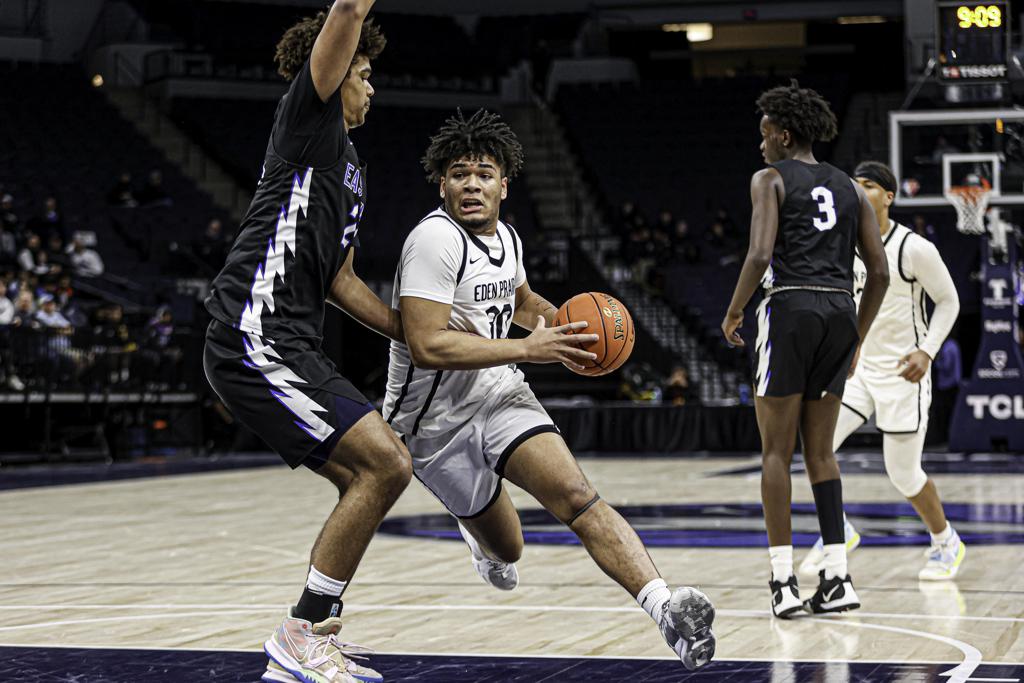 In his team’s pregame shootaround, Kayser Hassan had a feeling it was going to be a good day. He was right.

Hassan, a 6-6 senior forward, scored 15 first-half points for fourth-seeded Eastview as the Lightning (23-6) took a 40-22 halftime lead on their way to a victory over fifth-seeded Eden Prairie (19-11). 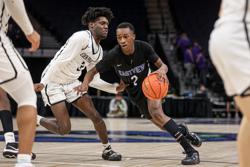 “I felt really, really good about my shot today,” Hassan said. “Every time I shot the ball I felt really confident. It was a perfect time to start feeling good about it.”

“Our bench guys came in and had great energy and Kayser had great energy,” Eastview senior point guard Kenji Scales said. “For him to step in when we needed, it really helped us.”

Eastview had beaten Eden Prairie previously this season, 91-78, in the Lightning’s second game, after the Eagles had won the previous six head-to-head matchups.

“We recognized what Eden Prairie likes to do, we prepared every day knowing that the moment was going to be really big and that we had to be calm and collected — take in the moment, but take care of business,” Scales said.

“We had to close out really hard because they’re volume shooters and shoot really well,” Scales said. “They’re big — Chiddi [Obiazor] — we knew we had to front him, because he’s just so big — he’s a beast.”