The Eagles and Taison Chatman scored four clutch points to move past the Hylanders. 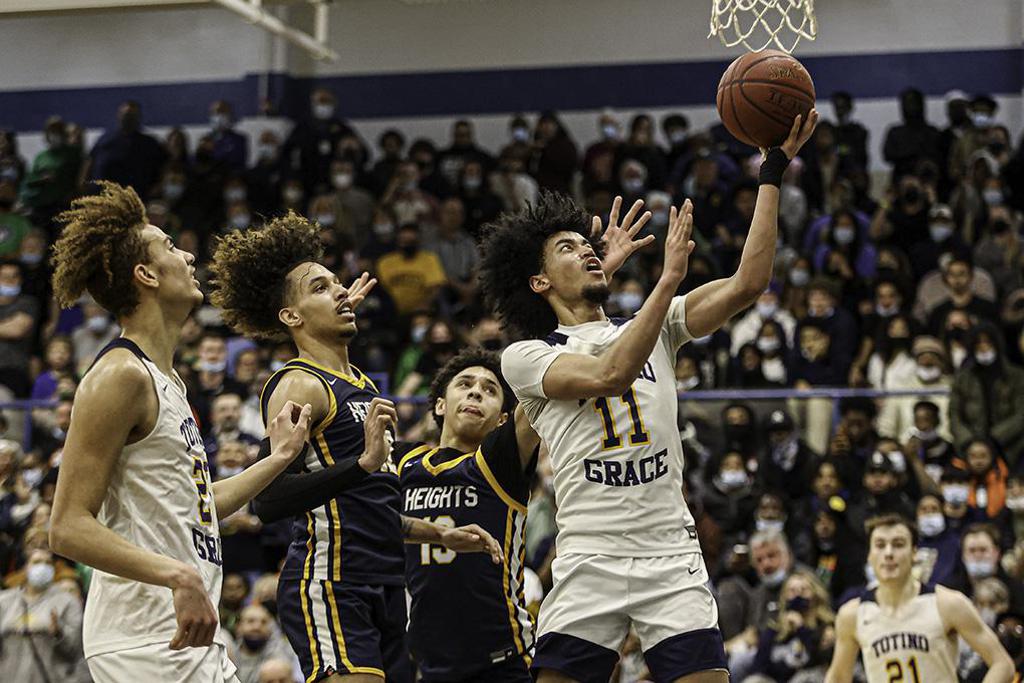 Taison Chatman (11) pulls down a rebound in the closing minutes of Totino-Grace's 48-44 victory in a Class 3A Section 4 championship game at Columbia Heights. Chatman scored a team-high 17 points. Photo by Mark Hvidsten, SportsEngine 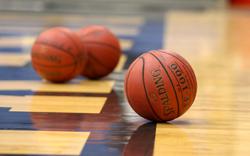 Totino-Grace had a statement to make on Thursday night at Columbia Heights in the Class 3A, Section 4 championship game. And junior point guard Taison Chatman was the player to voice it.

Chatman scored a team-high 17 points, setting the tone early and taking back control of the game late, as the Eagles beat the team that had taken away its No. 1 Class 3A ranking a month earlier and ended a frustrating string of losses in the section final. Second-ranked Totino-Grace held off the Hylanders 48-44 and advanced to next week's state tournament for the first time since 2006.

In the past eight seasons, including each of the past three, the Eagles reached the Section 4 championship game only to see their season end there. Minnehaha Academy, with its power-packed lineup, delivered the blow the past two seasons. Mahtomedi beat the Eagles in 2019.

When Columbia Heights tied the game at 40-40 on Terrence Brown's layup with three minutes, 37 seconds to play, Chatman decided it was time to take control. He powered into the lane and willed the ball into the basket for two points, then made a strong defensive play by coming up with a steal and drawing the foul on his way to the basket. He made two free throws with 2:58 to play and the Eagles were back in the lead, 44-40.

"When my team needs a basket, I feel like I'm the one to step up and do it," said Chatman, who averaged a team-high 13.6 points per game during the regular season.

"Taison is the best guard in the state," Braziel said. "He's an excellent basketball player. He's calm. He doesn't get rattled. He's composed all the time."

Braziel was disappointed for his players but said his team had a big hill to climb.

"The rankings said we were No. 1," Braziel said. "But no one in the state really believed that Totino-Grace wasn't the best (Class 3A) team in the state."

Nevertheless, the Hylanders had a noteworthy season, winning their first 23 games and allowing an opponent to come within less than 10 points only four times. Brown averaged 22.8 points and Muja Burton averaged 22.9. Jency Davis became an increasingly potent scoring threat, and big men Donnavin Hinsz and Andrew Scoggins gave opponents fits in the middle.

But this time, the Hylanders ran into a team that could do everything they could do and more. And when the Eagles put the clamps on Brown and Burton, holding the high-scoring duo to just 18 points combined, it was too much for Columbia Heights to overcome.

Demarion Watson, a 6-8 senior, drew the task of shadowing Burton and he did everything his coach asked for. Burton struggled to get his hands on the ball much less get off a shot.

"Demarion's a special kid," Eagles coach Nick Carroll said. "Our goal was to make life problematic for Burton, and Demarion did that."

Watson also took on a big offensive load, hitting three three-pointers in the first half and finishing with 16 points.

Brown, Davis and Hinsz each scored 10 points for the Hylanders, who finished with a 23-1 record and a game short of the state tournament. 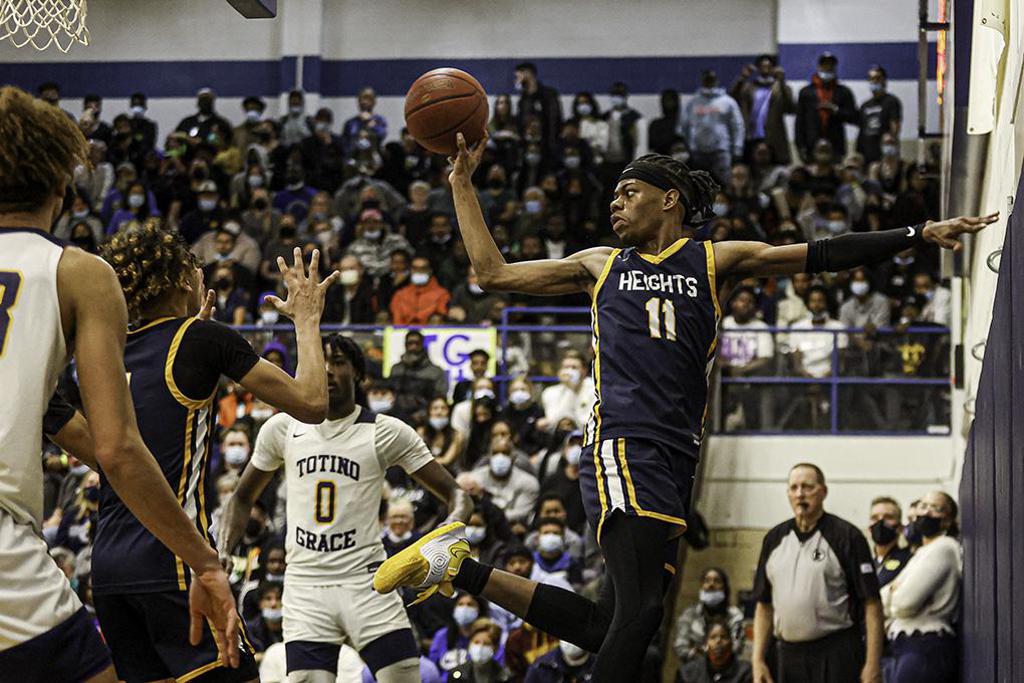 Columbia Heights senior Muja Burton tries to keep the ball in play in the late stages of the game. Burton, who averages nearly 23 points a game, was held to eight points against Totino-Grace. Photo by Mark Hvidsten, SportsEngine

Taison Chatman was determined that he and his Totino-Grace teammates would not lose in a section final for the fourth consecutive year. And he made sure that didn't happen, setting the tone at the start and putting on the final touches at the finish in the Eagles' 48-44 victory in the Class 3A, Section 4 championship at a packed Columbia Heights gym on Thursday night.

Chatman scored 17 points, including four points in the last three minutes after the Hylanders tied the game at 40-40. Demarion Watson added 16 points and, more importantly, shut down Columbia Heights' leading scorer, Muja Burton, who averaged 22.9 points per game during the regular season and was coming off a 37-point performance in a section semifinal victory. Burton finished the game with just eight points and struggled to get his hands on the ball.

The loss was the first of the season for Columbia Heights, which had overtaken Totino-Grace as the top-ranked Class 3A team a few weeks ago. The victory ended a run of frustrating finishes for the second-ranked Eagles (23-6) in the Section 4 championship. Totino-Grace lost powerful Minnehaha Academy in 2021 and 2020 and to Mahtomedi in 2019.

Terrence Brown, who entered the game with a 22.8-point scoring average, had 10 points on Thursday and shared team scoring lead with Donnavin Hinsz and Jency Davis. 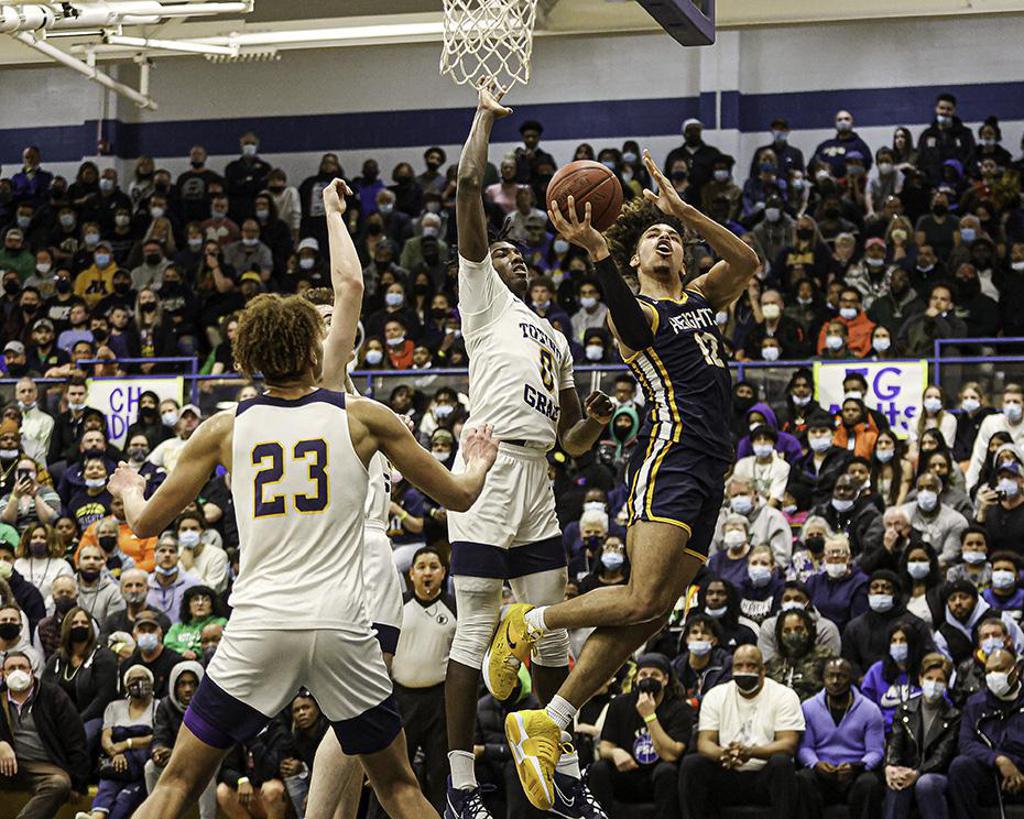 Demarion Watson (0) makes Columbia Heights' Donnavin Hinsz twist into a knot trying to get his shot to the rim. Watson scored 16 points and had the difficult task of guarding Muja Burton. Photo by Mark Hvidsten, SportsEngine