The Raiders triumphed in the low-scoring matchup against the Royals on Friday. 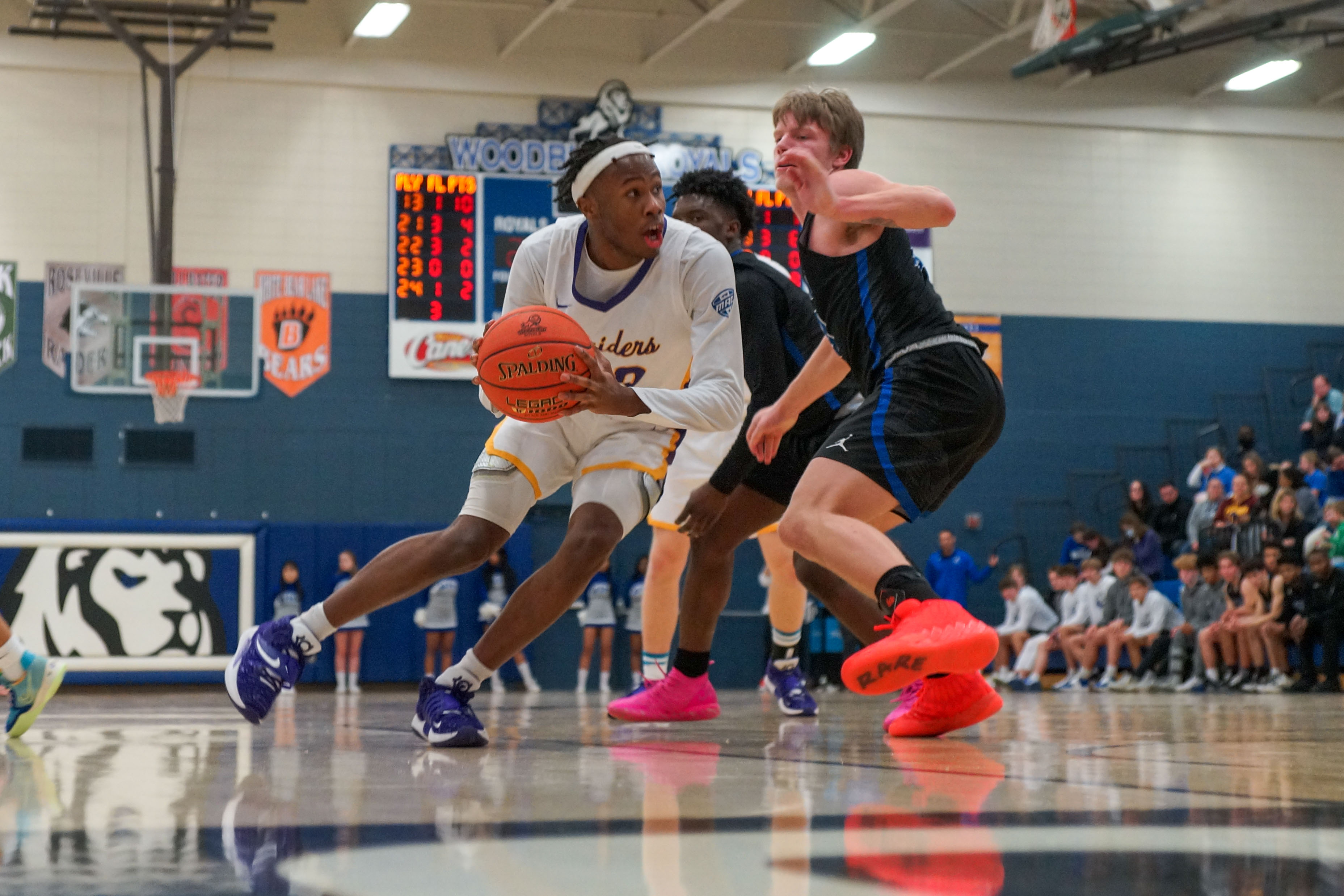 Cretin-Derham Hall's Tre Holloman (20) and Woodbury's Blake Rohrer (13) each led their teams in point, which were hard to come by in a low scoring, Raider win Friday night in Woodbury. Photo by Korey McDermott, SportsEngine

On a night when its Suburban East Conference-leading offense was held to a season low, Cretin-Derham Hall found other ways to get it done.

Holding the opponent to its season low, too, doesn’t hurt.

It wasn’t pretty, but Cretin-Derham Hall picked up a 45-35 road win Friday at Woodbury.

The host Royals led 22-16 at halftime and led the state’s top recruit per 247 Sports, point guard Tre Holloman, to four points at the break.

Fortunately for the Michigan State commit, he has the passing skills to match his scoring average that's near 20 points per game. He helped get others involved on the way to eclipsing 1,000 career assists in the process. 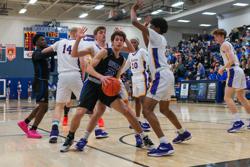 “The thing with Tre, he can have a half where a lot doesn’t happen, but he has the ability to get everyone involved,” Cretin-Derham Hall coach Jerry Kline said. “When they play tight on him, he’s able to go around and get going down hill.”

Holloman finished with a game-high 16 points and frequently connected with senior center Brandon Melchior, who was next on the squad with 13 points.

Melchior picked up two early fouls that sidelined him for much of the first half after scoring five quick points.

His absence allowed a relatively undersized Woodbury to protect the paint. The Royals walled up and cut off driving lanes, forcing Holloman and company into a lot of jump shots.

“I think we played well defensively, and that kind of slowed the game down,” Woodbury coach Kent Gatzlaff said. “The overall production offensively was a product of our defense slowing the game down. But we also missed some shots I think a lot of the times we’ll make. Especially at home.”

Woodbury held Cretin-Derham Hall without a point in the opening two minutes of the game and for a longer stretch midway through the half.

“The first half we struggled scoring,” Holloman said. “We got hit on some backdoors. They came out and were hitting shots. We just came back the second half and pulled it out.”

Cretin-Derham Hall allowed 63.5 points per game going in to rank seventh in the Suburban East Conference, just above Woodbury's 59.9 to rank fifth in conference. The Raiders have the length and athleticism to make life difficult for opposing offenses when they’re locked in.

Friday was a stark difference to Woodbury’s 75-71 overtime win in their first meeting Jan. 4 in St. Paul.

“We really started off slow,” Melchior said. “We didn’t hit a lot of shots and stuff like that. We really came together as a group and decided we’re going to lock up on defense.”

Melchior has been a key cog for the Raiders in the post after transferring from Elk River. Kline said he’s been a great locker room fit, as well.

“He’s really starting to catch on what we want him to do and understanding his role,” Kline said. “He’s a talented kid who’s willing to work hard and listen. He had some great blocks tonight. The sky’s the limit for him if he just continues to keep working and getting better.”

The prospect of playing alongside Holloman had to be a nice bonus.

“My role on the team is to be a paint presence and block shots, get rebounds. Whenever I get the chance I’m going to score the ball in the paint,” Melchior said. “Tre, he’s a really good player. Passes the ball really well. He finds me a lot of the time.”

Melchior credited senior guard Donavhan Cain for his role, which on Friday included two thunderous dunks in the second half to quickly turn the tide.

Nde had six of his eight points in the second half. He and junior forward Carter Bolin were tasked with battling against Melchior and forward Charlie Plum.

The two teams had each other scouted to the highest degree. Gatzlaff won’t mind not having to scheme against Holloman again, unless it’s in the section playoffs.

“I think we’ve played him 10 or 11 times in his career," Gatzlaff said. "They’re in our section, in the league. He’s incredible, a great kid, too. For a guy like him, you have to make it as hard as possible. Sometimes a kid that talented is still going to score. He was missing in the first half and making in the second.”

Holloman could only shake his head in respect when thinking about all the close battles with Woodbury.

“They’re a well-coached team,” Holloman said. “They are always coming with energy, the players always think they can beat us so it’s always a battle.”

Like an all-time leading assist man would do, Holloman concluded his thoughts by considering others.

“Shoutout to my teammates in the past years," Holloman said, "for getting me 1,000 assists.” 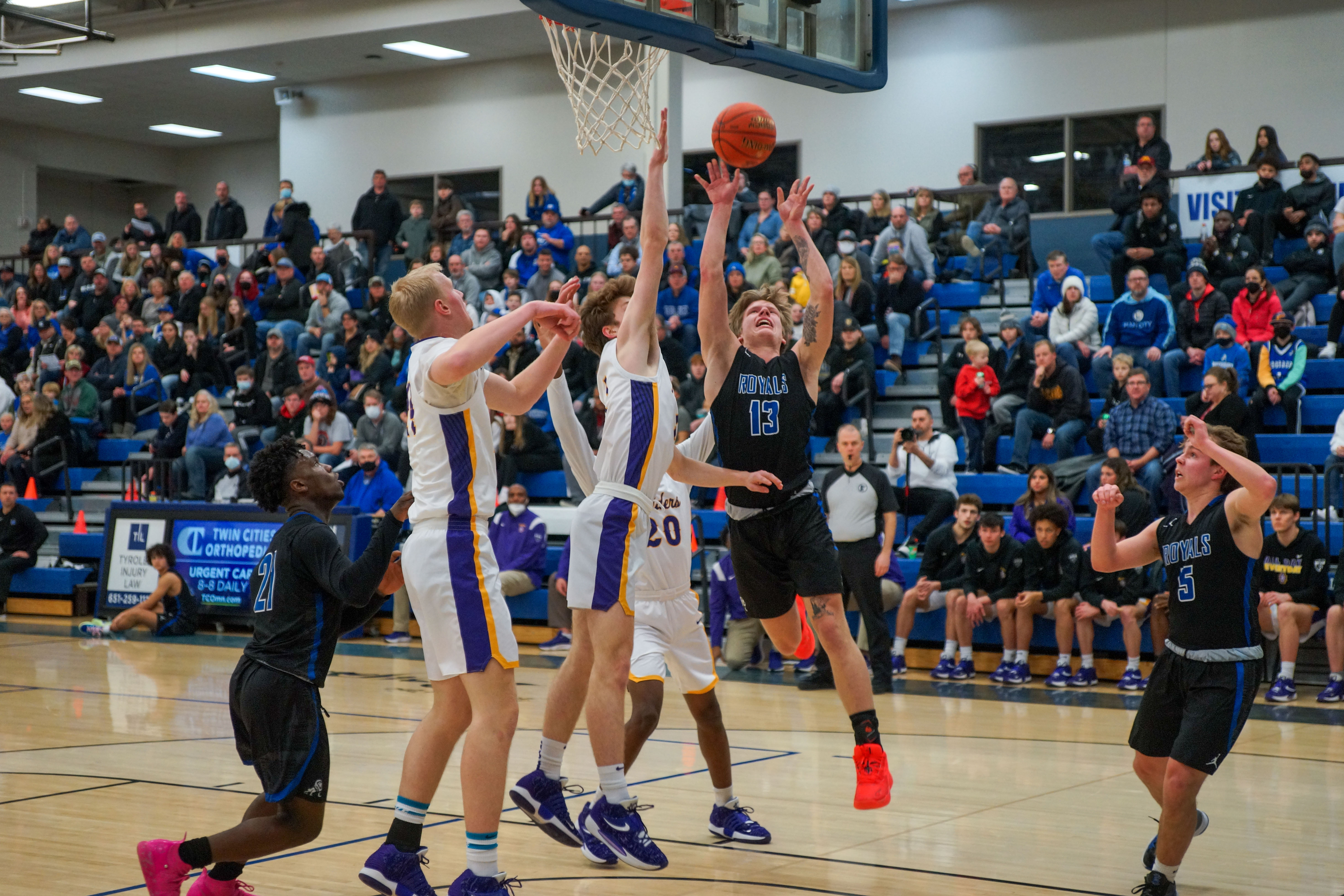 Baskets didn’t come easy, but Cretin-Derham Hall made enough of them to pick up a win.

Senior guard and future Michigan State Spartan, Tre Holloman, was limited to four points in the first half before helping to lead the comeback and finishing with 16.

Senior guard Blake Rohrer led Woodbury with 14 points, including 10 in the first half.

Both teams finished with their season low offensive outputs. The two Suburban East Conference foes split the season series. Cretin-Derham Hall remains in second place in the conference at 8-4. Woodbury dropped to 6-6 in conference play. 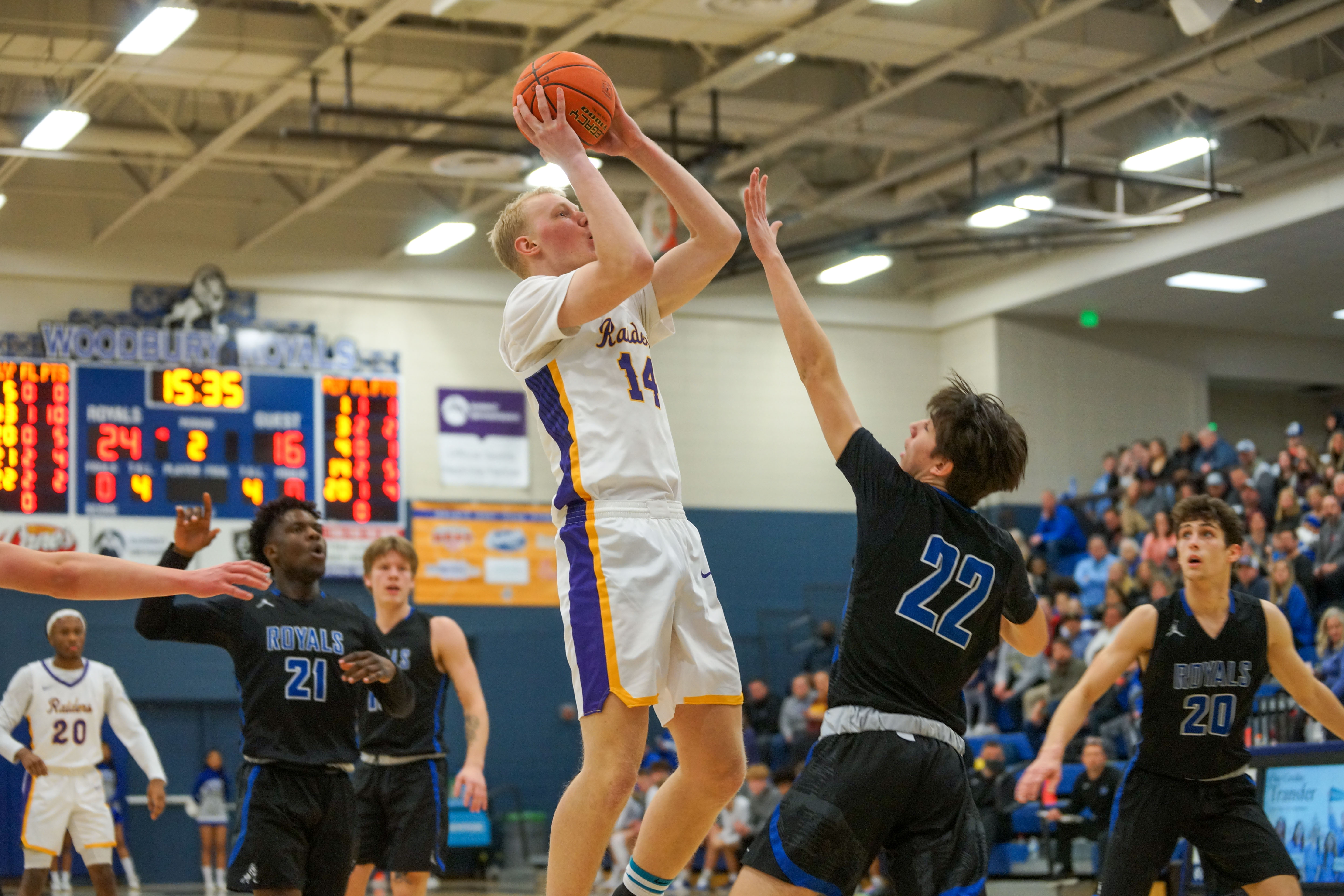