The Orioles used a dominant first half to eventually hold off the Crimson from a comeback. 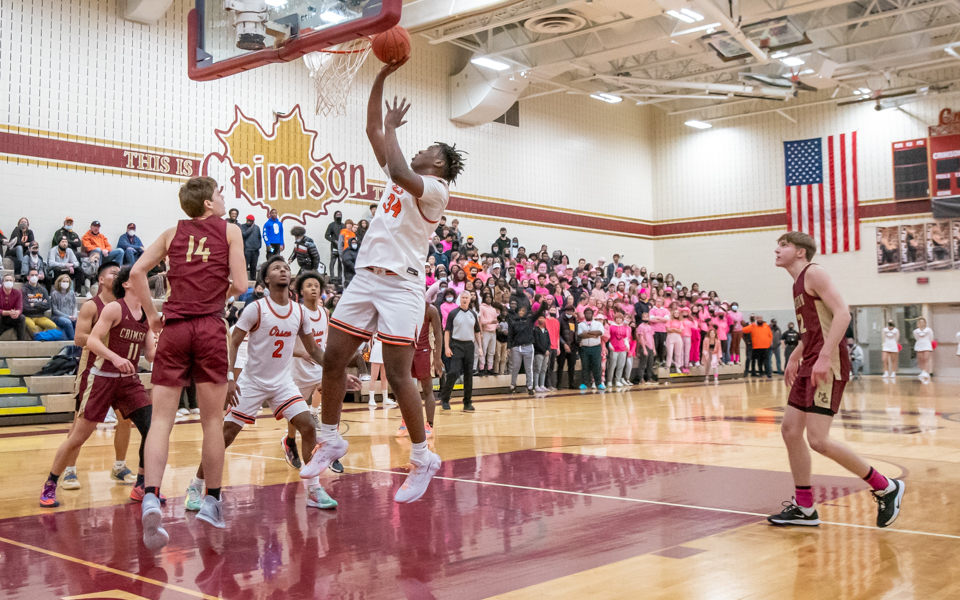 The Orioles' Blessed Barhayiga goes up for a layup in the first half Wednesday night. Barhayiga had 15 points on the night as the Oriole’s defeat conference rival Crimson 55-43. Photo by Earl J. Ebensteiner, SportsEngine

Playing their rival on a chilly Wednesday night, the Maple Grove students filled their section to the brim. It was a group that was excited and primed to see their Crimson upset Osseo.

However, the Maple Grove students could barely get on their feet for the start of the game before the Orioles had jumped out to a 6-0 lead.

That early Osseo outburst was just the start of a dominant defensive showing put on by Osseo. That made all the difference as Osseo won 55-43.

The Orioles (13-5, 9-2) got off to their quick start thanks in part to their defense. Two of Osseo’s first three baskets came on layups shortly after Maple Grove turnovers. 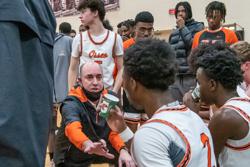 “Our main focus is defense,” Osseo senior guard Tyirece Waits said. “It gave us a lot of energy. We kept riding on that.”

That lead eventually grew to 10-0 as the Orioles continued to make life difficult for the Crimson on the offensive end. Maple Grove did not score its first basket of the game until there were 11 minutes left in the first half.

By the time the first half came to a close, the Crimson (6-10, 6-4) had only managed 16 points and five made baskets. Maple Grove came into the game with four players averaging at least 10 points per game. The only Crimson player to reach the 10-point mark was junior guard Raoul Vaidya, who finished with 11 points.

“Our man-to-man defense was phenomenal,” Osseo coach Tim Theisen said. “We have to be a tough-dog defensive team. We did that tonight.”

Though the Orioles, ranked No. 8 in Class 4A by Minnesota Basketball News, were below their normal offensive output, Osseo did hold the lead the entire game. Senior guard Tyriece Waits was the first half star with 10 points as he finished with 14.

In the front court, senior center Blessed Barhayiga controlled the paint with a 15-point, 10-rebound performance.

“I thought [Barhayiga] did a great job sealing tonight,” Theisen said. “We also did a good job finding him inside when we penetrated and got him easy opportunities.”

Maple Grove did find more offensive success in the second half, but the Crimson struggled to cut into the Osseo deficit. The Orioles’ lead never got below nine points and grew to as many as 15 as the early boost continued to loom large.

“Our defense sets the tone,” Theisen said. “That’s our identity. It always has been.”

This win against a rival like Maple Grove comes in the middle of quite a stretch for Osseo. On Monday, the Orioles defeated No. 1-3A Totino-Grace, 67-64. On this coming Monday, Osseo faces No. 1-4A Park Center for the second time this season.

Though the Crimson doesn’t have as impressive of a record as the Eagles or Pirates, Osseo finished the job against Maple Grove.

“I think we’re playing well at the right time,” Theisen said. “We have a senior-dominated team that didn’t let the team have a letdown tonight.” 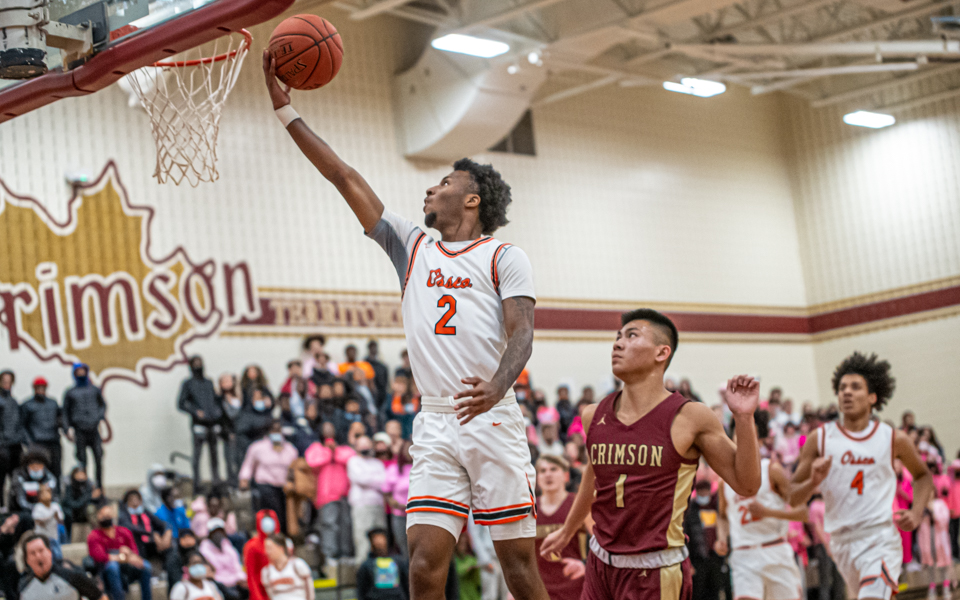 Osseo jumped out to a 10-0 lead to open Wednesday’s rivalry game against Maple Grove and never looked back as the Orioles defeated the Crimson 55-43 at Maple Grove High School.

Osseo, ranked No. 8 in Class 4A by Minnesota Basketball News, did its damage early through defense. Four of the Orioles’ first six points came directly off turnovers. Osseo went on to force 13 turnovers in the win.

In the paint, senior center Blessed Barhayiga was a force on both ends for Osseo (13-5, 9-2). He finished with a double-double, scoring a team-high 15 points along with 10 rebounds.

Besides Barhayiga and Waits, Benard Omooria contributed 12 points and was the third Oriole in double figures on Wednesday.

After falling behind early, Maple Grove (6-10, 6-4) struggled to erase that deficit. The Crimson finished the first half with 16 points coming on five made baskets.

In the second half, Maple Grove played much closer to its rival and nearly doubled its first half point production. Crimson junior guard Raoul Vaidya was the lone Maple Grove player in double figures with 11. 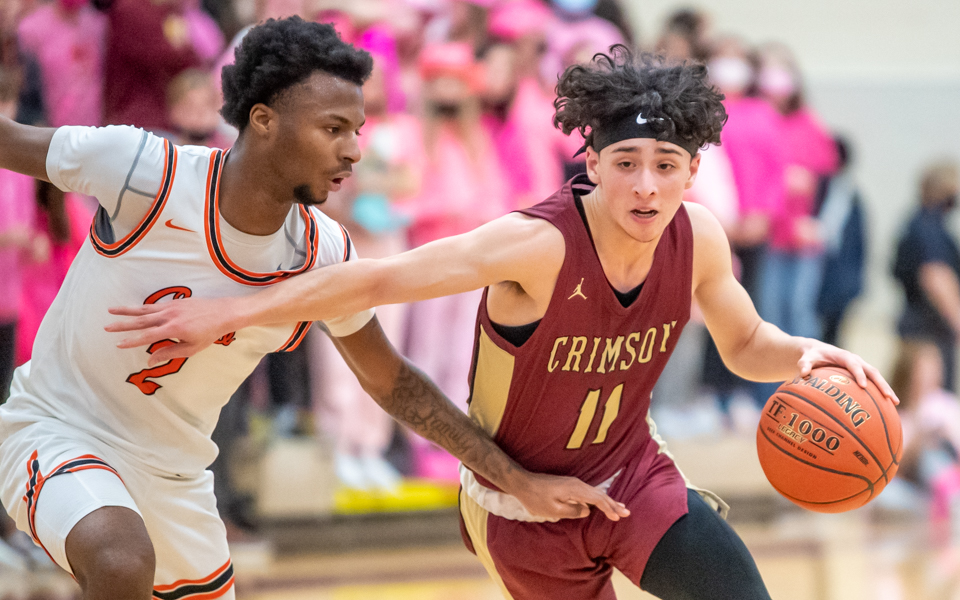 The Crimson’s Raoul Vaidya drives to the basket in the second half. Vaidya had 11 points Wednesday night in the Crimson’s 55-43 loss to the Oriole’s. Photo by Earl J. Ebensteiner, SportsEngine