Alonzo Dodd's 22 points kept his team ahead of its Metro East opponent. 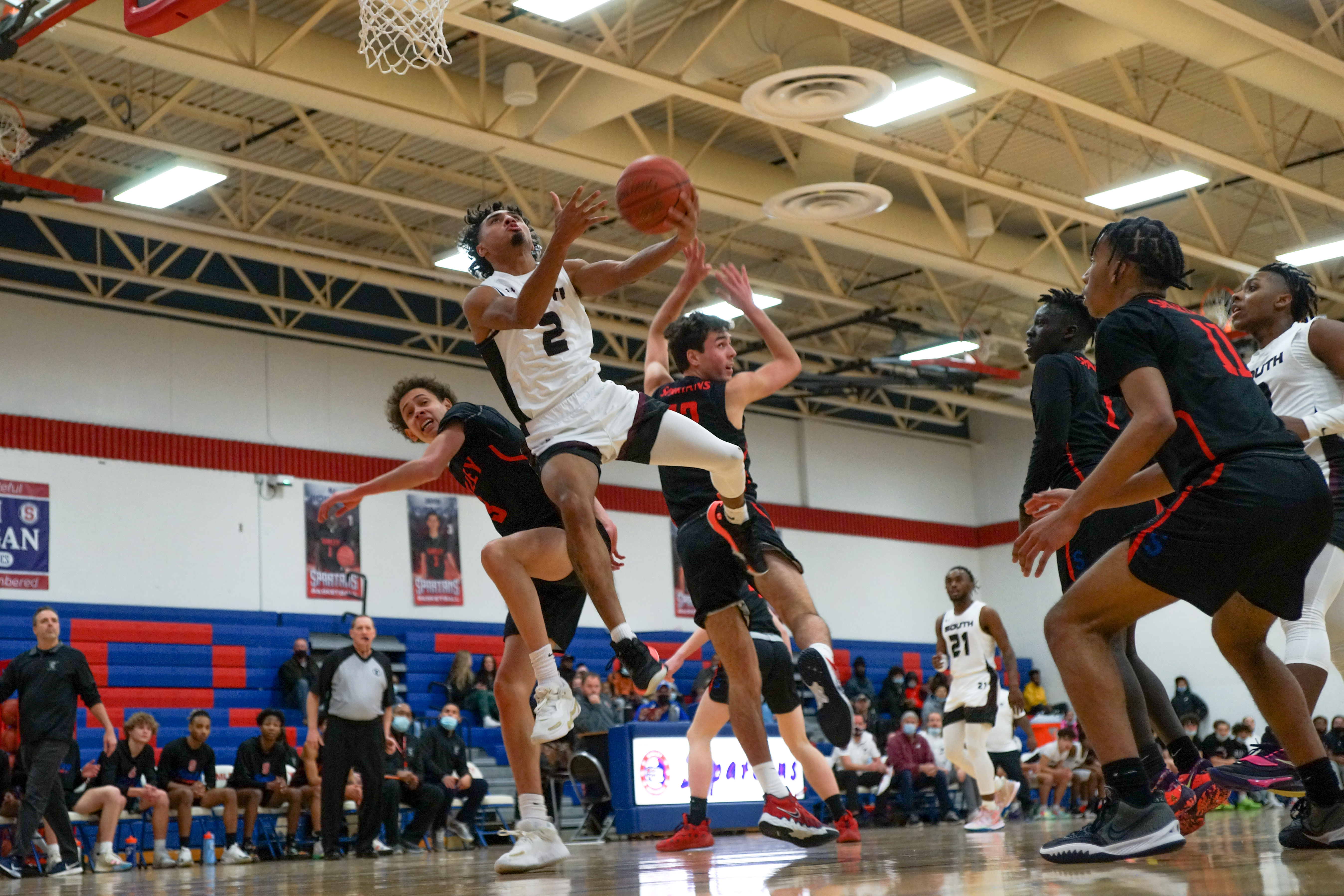 Whatever South St. Paul needs Alonzo Dodd to do, he’s willing to do it.

The 6-2 point guard’s fortes are a quick step penetrating to the basket and tenacious defense at the head of the Packers’ swarming half-court trap. His skill set extends much further.

South St. Paul lacks a true post presence, but it can still snatch up loose rebounds when Dodd and the rest of an uber-athletic bunch soars to the glass. 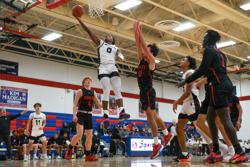 The Packers love to get out and run. They dictated the speed of the game Thursday, particularly in the first half, to cruise past host Simley 69-59 in a Class 3A top-10 matchup Thursday.

Dodd can do it all. He had a co-game high 22 points and was even helping wipe down wet spots on the floor during dead balls.

“I feel like I’ve just got to lead in any way possible,” Dodd, who was named this week to the Minnesota Mr. Basketball watch list, said. “Score, rebound, assist, steals, any way I can.”

The lead swelled to 37-22 at halftime with Dodd and backcourt mate Devin Newsome leading the charge.

“He’s a special talent,” South St. Paul co-head coach Darren Edwards said. “A leader across the board. Not just him. Devin Newsome, an awesome senior. That tandem right there is amazing. When one’s off, we go to the other one. When they’re both clicking, we play through both of them. It’s kind of like chess. You make one move, I make another.”

Suffice it to say, both were clicking. Newsome added 19 points on two 3-pointers.

Simley allowed a conference-best 55.9 points per game entering the night. It held South St. Paul nine points below its 78.2 average, but it wasn’t quite enough.

An effort more like Tuesday was needed. The Spartans went on the road to down No. 9 North Branch 63-53.

“They’re a really tough team and I thought we played incredibly hard,” Simley head coach Isaiah Wallfred said of North Branch. “I thought we got after it, played great defensively. They’re a team that averages over 70 a game and we held them to 53 on their home court.”

On Thursday, Simley was crisper in the second half against South St. Paul’s trap to claw back within seven points as late as 53-46 with under seven minutes remaining.

The first half hole was just too big.

“I thought we turned the ball over a little bit too much,” Simley senior Devin Robinson said. “I thought we could’ve played a bit better as a team,”

Added Robinson’s co-captain, senior forward Kevin Wormer, who led the team with 22 points:
“There were just some things we did in practice yesterday that we didn’t do today,” Wormer said. “We’ve just got to figure it out, but it’s still just three losses so far. There’s a lot of season left.”

Simley senior guard and scoring threat RJ Jioklow attracted defensive attention and was held to two first-half points. He came alive in the second half to finish with 13 points and help lead the near comeback.

South St. Paul now has the inside track for the Metro East Conference title as the lone unbeaten and with a win over two-loss Simley and one-loss Tartan. It will host Simley for a Feb. 11 rematch.

The was also crucial to the Section 3 playoff picture. The two project as the top seeds.

“We wanted to show what we were about; show that we’re the number one team in the conference,” Dodd said.

Dodd, who fields Division-I college offers from TCU, Denver, Western Illinois, Morgan State and Milwaukee, among others, credited the hustle plays from across the board that can at times go overlooked by Dodd’s and Newsome’s gaudy stat lines.

“We work hard," he said. "We all play together and work hard to play our best. Hustle plays definitely build us. We’ve got teammates like Tre (Harmon), Tay (Harmon) and Keon (Moore) that makes me and Dev look good.”

South St. Paul also beat No. 13 Tartan on Tuesday. The Packers have continued to roll after the resignation of head coach Matthew McCollister last week.

“They’re great,” Dodd said. “Me and coach Edwards go back a while. When he stepped in for coach Mac, it just felt like home.” 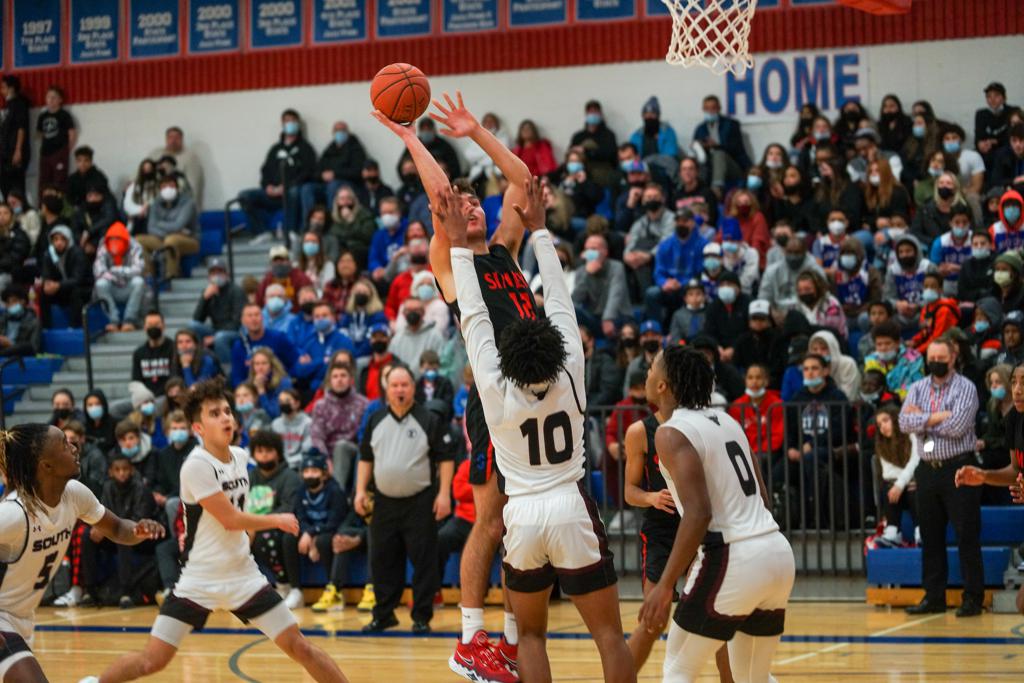 It remains unbeaten with a 69-59 win Thursday in a Metro East Conference matchup at Simley.

Simley cut a 17-point second-half deficit as close as seven as late as 53-46 with under seven minutes remaining.

South St. Paul remains atop the Metro East standings. Both teams project as the top two seeds in Section 3. They play again in the regular season Feb. 11 in South St. Paul. 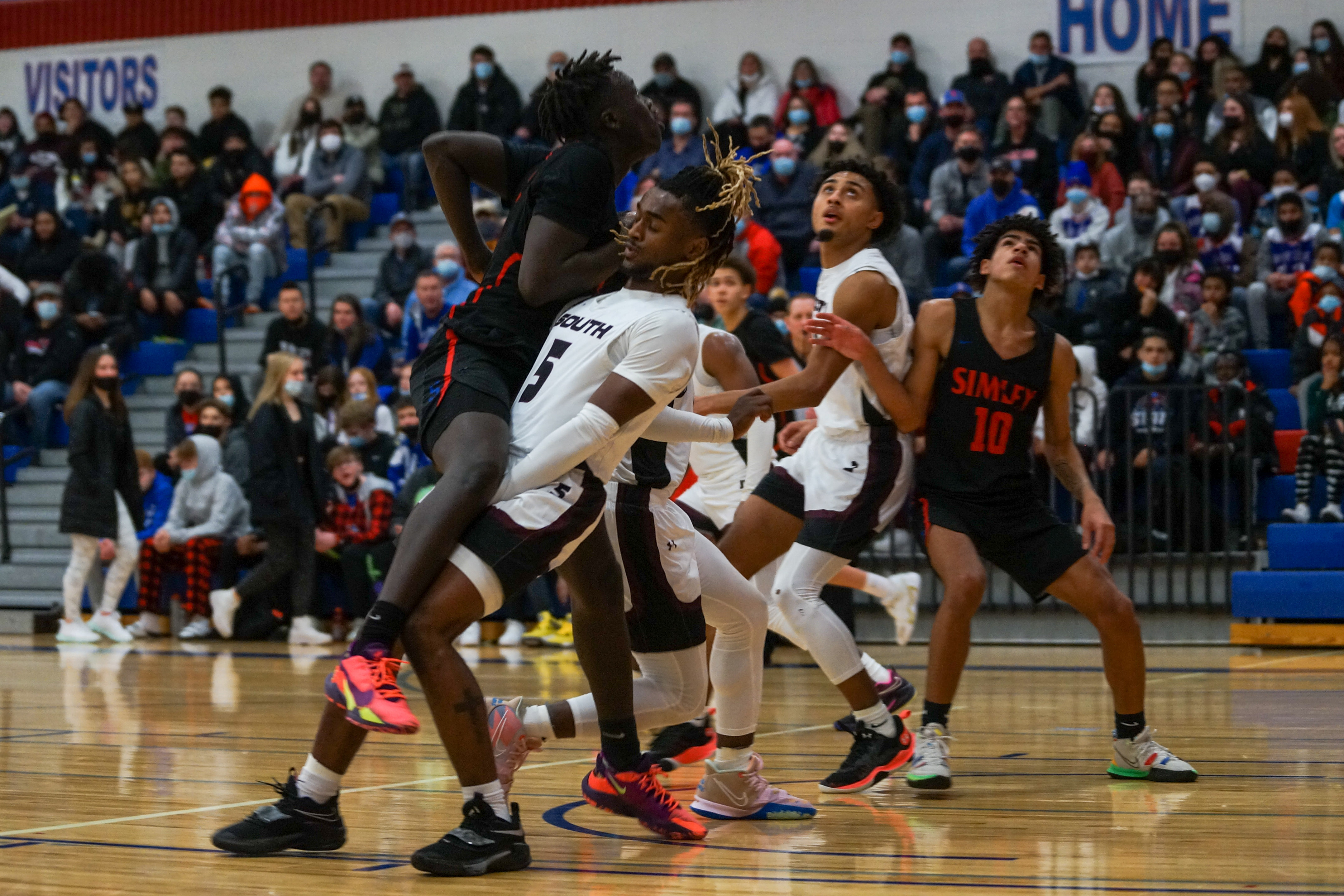