The Tommies got big production from Liban Tushar with 37 points and Micah Young with 40 points. 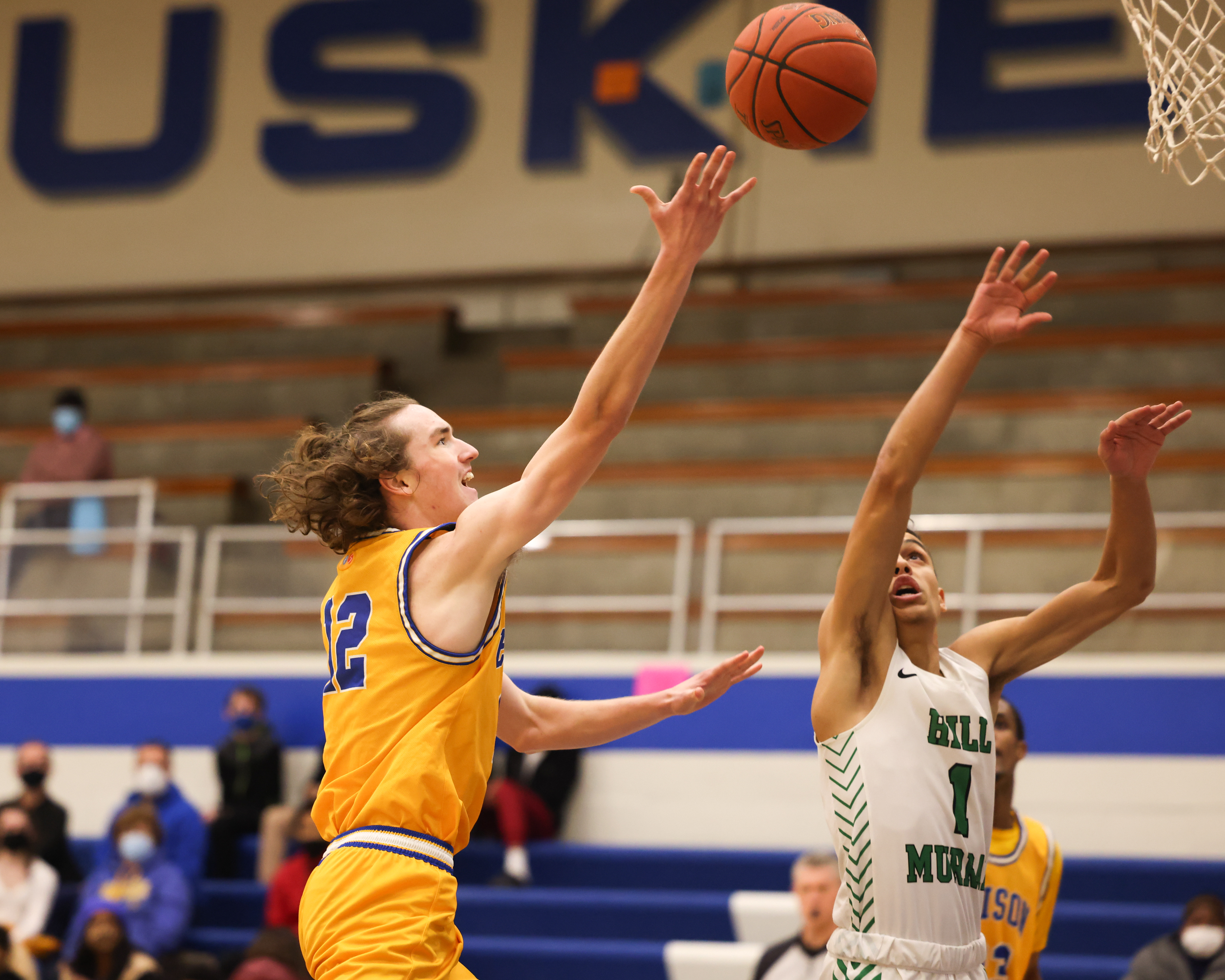 Minneapolis Edison's Micah Young lays in two of his game-high 40 points against Hill-Murray Thursday afternoon. The Tommies remained undefeated on the season with a 93-70 victory over the Pioneers. Photo by Jeff Lawler, SportsEngine 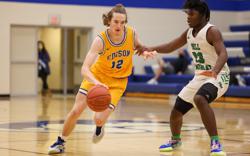 Down three starters heading into Thursday’s game, Minneapolis Edison needed its other two starters—Micah Young and Liban Tushar—to step up.

The duo did that, and then some. Young and Tushar combined for 77 points as the Tommies continued their perfect start to the 2021-22 season with a 93-70 win against Hill-Murray at St. Anthony Village High School.

Young showed up for Minneapolis Edison (7-0) from the start. He was a lethal shooter throughout the opening half as he put up 28 in the half.

“Basically, I had to be more ball dominant,” Young said. “(Tushar and I) had to take more shots. I had to trust my shot and keep doing what I do.”

Young finished with 37 points. It’s one of many high-scoring games for the Tommie captain. He came into the game averaging 27.4 points per game and has scored at least 24 in every game this season.

“Micah has been really consistent,” Tommies coach Ahmil Jihad said. “He’s pretty much the leader of this team. The other kids follow his lead.”

Though Young had a high-scoring first half, Hill-Murray (2-6) managed to stick with Minneapolis Edison, ranked No. 10 in Class 2A by Minnesota Basketball News. The Pioneers used their size as senior forward Eddie Reece scored a team-high 14 points while grabbing 15 rebounds. Senior guard Jamie Montague also had 14 points for Hill-Murray.

In the second half, the lead for the Tommies grew. They did so through some aggressive defense mixed in with a zone approach with only eight players available.

“We play defense hard,” Young said. “Teams don’t want to play against a good defense. I know we foul a lot. But we play hard.”

On the other end, Tushar heated up. After eight points in the first half, it was Tushar’s time to shine. He scored 29 in the second to finish with 37.

While Young is known more for his consistency, Tushar has a little bit of a different relationship with the coaching staff.

“We have to reel Liban in,” Jihad said. “He likes to play to the crowd.”

The scoring combination of Tushar and Young was enough for Minneapolis Edison to stay unbeaten. However, they are looking forward to having its full bevy of scorers back as the Tommies start Minneapolis City Conference play soon.

“These kids just have a positive attitude,” Jihad said. “If we can get some guys back and get some normalcy going, I think we’ll be just fine.” 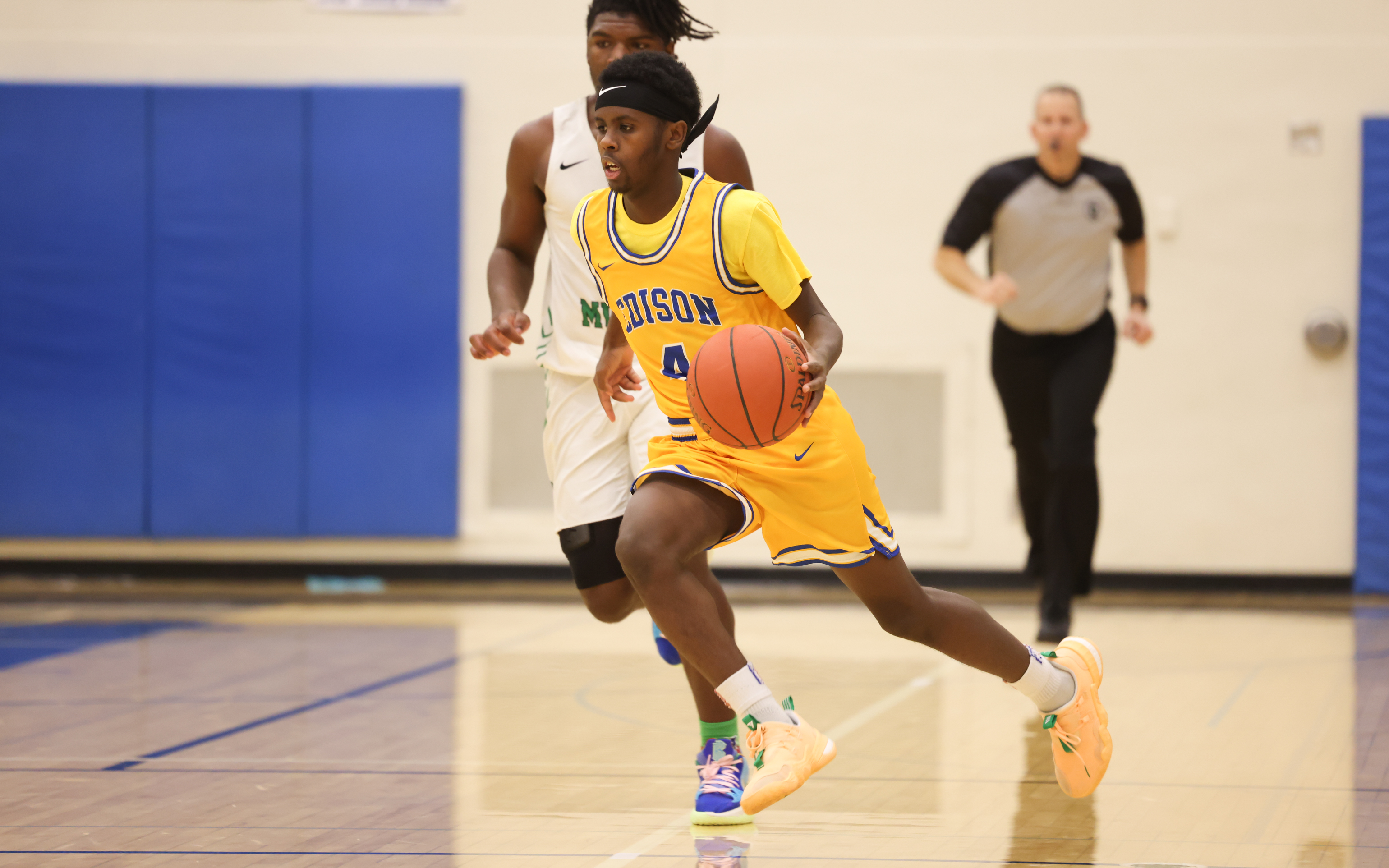 Minneapolis Edison got out to an early lead and never let go. The main source of scoring for the Tommies, ranked No. 10 in the latest Class 2A coaches’ poll, was Micah Young. He stepped up with 40 points to help cover for the fact Minneapolis Edison was down three starters due to COVID-19. Twenty-eight of those points came in the opening half.

The lead grew and grew for the Tommies (7-0) in the second half. That came thanks in part to Young and wing Liban Tushar. After scoring eight points in the first half, he went for 29 in the second half to finish with 37 points. Tushar and Young were the only players for Minneapolis Edison in double figures.

Hill-Murray (2-6) struggled to keep up with the high-scoring Tommies. The Pioneers’ two biggest bright spots were senior forwards Jamie Montague and Eddie Reece. Each player finished with a team-high 14 points. Reece had a double-double as he grabbed 15 rebounds in the loss. 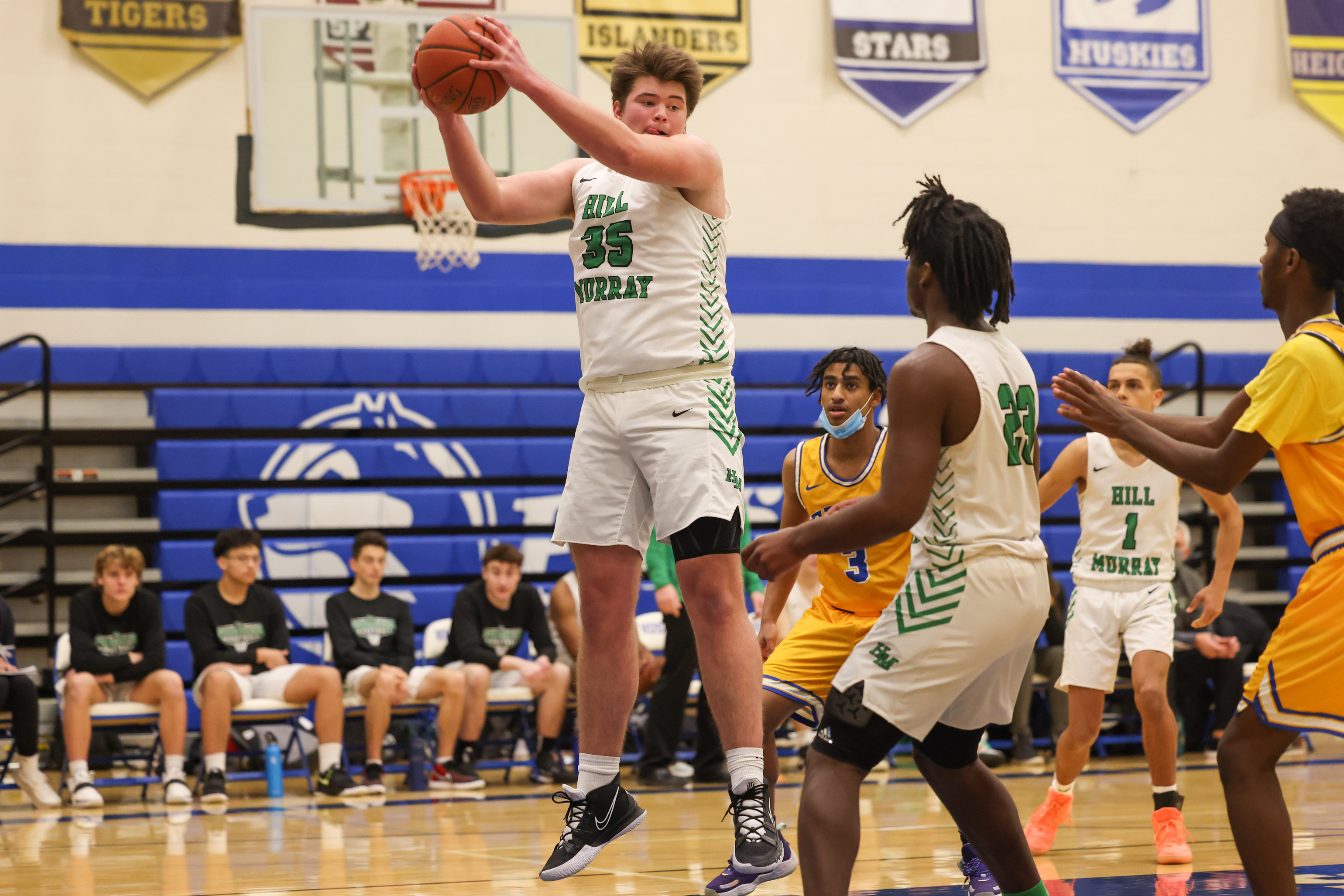