Talent still abounds in the Twin Cities, plus the Dream Team and the Metro Top 10. 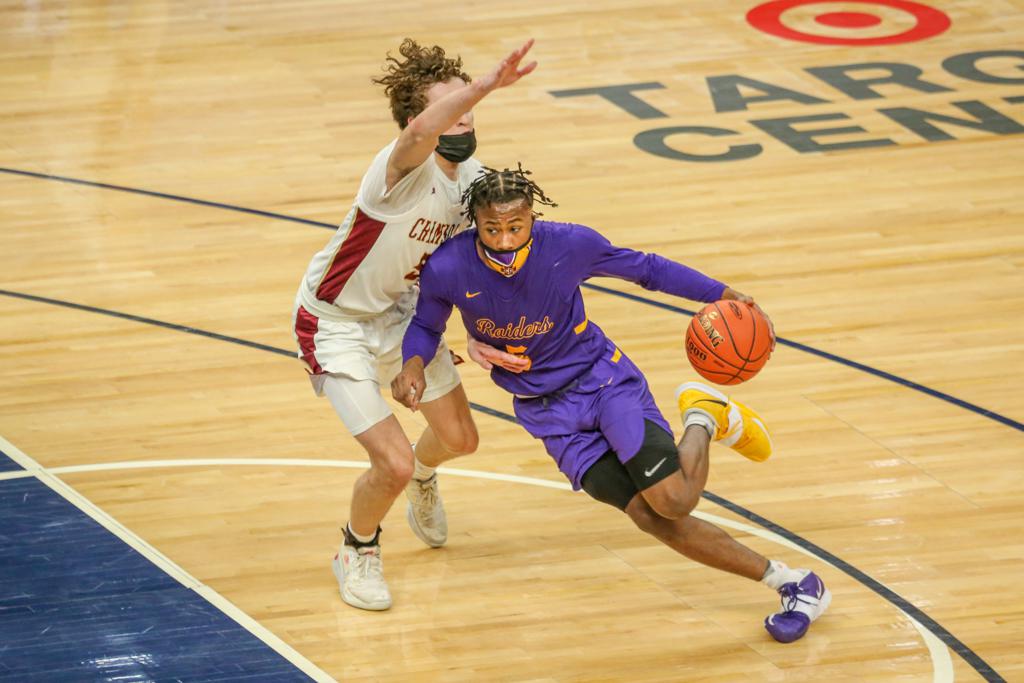 Cretin-Derham Hall's Tre Holloman is a big reason his team starts the season atop the Metro Top 10. JEFF LAWLER, SportsEngine

For the past half-decade, Minnesota prep basketball fans became spoiled, getting the chance to watch two transcendent players — the Minnehaha Academy pair of Jalen Suggs and Chet Holmgren — develop their games. The metro still has plenty of talent remaining, but players of that caliber and potential don’t come around often. Satisfy yourselves with being able to say “I knew him when …” and appreciate Tre Holloman (Cretin-Derham Hall, signed with Michigan State), Prince Aligbe (Minnehaha Academy, Boston College), Demarion Watson (Totino-Grace, Iowa State) and Braeden Carrington (Park Center, Gophers), among others, for being the talented players they are.

Which team is the must-see ticket?

Check out F/C Pharrel Payne at Park of Cottage Grove, a future Gophers player, or the endlessly entertaining motion offense of defending Class 4A champ Wayzata, both good bets, but seize the chance to see Totino-Grace. The Eagles bring back a wonderfully talented cast of Watson and juniors Taison Chatman (a top-30 recruit nationally for 2023) and Division I recruits Tommy Humphries and Patrick Bath and added the soft hands and long arms of 6-10 Ahjany Lee, a University of St. Thomas signee who played at Byron last season. Totino-Grace will be tested early, with nonconference games against Cretin-Derham Hall and Minnehaha Academy as well as out-of-state powers Corona (Calif.) Centennial, Houston (Tenn.) and Chicago Whitney Young.

Two big-name Twin Cities recruits have taken their games to nationally prominent prep schools in anticipation of a jump to Division I colleges. Camden Heide, a 6-5 forward who helped Wayzata to a state championship in April, is now at Wasatch Academy in Mount Pleasant, Utah. Heide has signed with No. 1-ranked Purdue. Joshua Ola-Joseph, a 6-6 forward from Osseo, transferred to AZ Compass Prep in Chandler, Ariz. He’ll be home soon, however. Ola-Joseph’s play in AAU summer basketball landed him a scholarship to play for Ben Johnson at Minnesota.

The growing need for officials across high school sports will be evident this season, with games moved off traditional Tuesdays and Fridays to other days of the week. Officials associations across the state have asked teams to move up to four games per conference to Monday, Wednesday, Thursday or Saturday to lessen demand on the busiest nights. A majority of games will still be held on Tuesdays or Fridays; the change will be more evident as the season progresses.

Braeden Carrington, Park Center, G, 6-4, senior: Skilled shooter who can bury the three-pointer. When he’s not shooting, look for him diving for loose balls. College: Minnesota.

Taison Chatman, Totino-Grace, G, 6-4, junior: Big on team chemistry. Has been working hard to become stronger and be ready for a big season. College: undecided.

Pharrel Payne, Park of Cottage Grove, C, 6-9, senior: His stock has been rising. He can play inside or out and brings a lot of energy to the floor. College: Minnesota.

The Best of the Rest

1. Cretin-Derham Hall: Senior guard Tre Holloman, headed to Michigan State, did everything a year ago and got the Raiders to the Class 4A state championship game. There is no reason to believe Holloman won’t do it again with a better supporting cast aided by two transfers, 6-5 senior guard Donavhan Cain from Beloit, Wis., and 6-10 senior forward Brandon Melchior from Elk River.

2. Totino-Grace (3A): The roster is loaded with skill and size. Junior Taison Chatman, a 6-4 point guard, runs the show and is ranked as the No. 48 player in the country by rivals.com. He will be joined in the starting lineup by four other Division I recruits: 6-8 senior forward Demarion Watson and 6-11 senior center Ahjany Lee (a transfer from Byron), 6-9 junior forward Patrick Bath and 6-5 junior guard Tommy Humphries.

3. Park Center: The Pirates welcome back plenty of talent from last season’s 15-6 squad. Four of those setbacks were by six points or fewer. Coach James Ware will count on senior guard Braeden Carrington, a Gophers recruit, to lead by example — hard work and determination — for a deep and talented group.

4. Minnehaha Academy (2A): The Redhawks drop back down in classification, but that doesn’t mean the cupboard is bare after losing marquee players to Gonzaga the past two seasons. The time has come for sophomore guard Mercy Miller and senior forward Prince Aligbe to become the face of Lance Johnson’s program.

5. Shakopee: Coach Jake Dammann has four starters back and two others who played significant roles from a team that reached the Class 4A semifinals last season. Four of the Sabers’ six losses in 2020-21 were by six points or fewer. They boast an underrated player in 6-7 senior forward Nick Katona, who has signed with Minnesota Duluth.

6. Wayzata: The Trojans lost a lot of talent from their Class 4A state championship team, including senior forward and Purdue signee Camden Heide, who transferred to Wasatch Academy in Utah. Coach Bryan Schnettler still has plenty of talent and size (6-9 senior forward Carter Bjerke) to work with.

7. Hopkins: Coach Kenny Novak’s squad is back on the rise. The Royals have 6-9 senior center Elvis Nnaji up front, Totino-Grace transfer C.J. O’Hara, a 6-4 junior guard, on the wing and 6-3 junior Maxsamus Wilson running the point. Their fourth and fifth starters will determine much about how far they go.

8. Eastview: The Lightning also was hit hard by graduation but has size and added a key transfer. Seven of Eastview’s top 10 players are 6-4 or taller, up to 6-10. Adding Apple Valley transfer Dylan Omweno, a 6-1 junior guard, to run alongside 6-1 senior guard Kenji Scales should lead to a formidable starting lineup and depth.

9. Columbia Heights (3A): Coach Willie Braziel has four starters coming back from a 12-3 team that swept De La Salle last season. Muja Burton and Hassan Kamara, both 6-4 seniors who averaged 17 points a game last season, return in the backcourt. Add 6-6 senior Donnavin Hinsz up front and you have a terrific trio.