From the boys' and girls' tournaments, respect from old teammates now coaching at Wayzata and Shakopee, an early 2A girls' favorite next year, and southwestern Minnesota's title town. 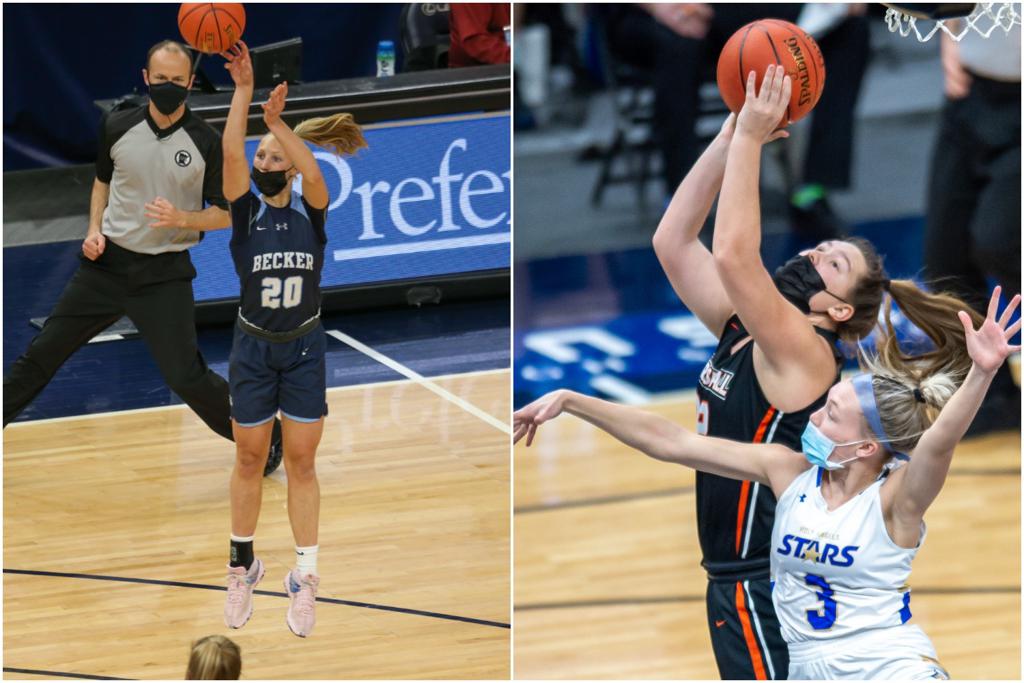 Bengston goes out a champion while Hilgemann, with 2,380 career points, is the highest-scoring player in school history, male or female.

Baird lauded Bengston’s competitiveness as well as being “a player/coach in terms of getting other kids to listen and holding them to a higher standard.”

Providence future power
In all likelihood, Providence Academy will be the Class 2A girls’ basketball favorite next season. The Lions will return four starters -- Maria and Grace Counts, Brooke Hohenecker and Maddyn Greenway -- who averaged between 11.7 and 21 points per game.

Goetz will have both of his guards and two frontcourt players coming back. He also will also have junior guard Kyra Miller, the Lions’ leading scorer in their lone state tournament game in 2020, returning after being sidelined this season with a knee injury.

Goetz wants them to learn from their 57-43 loss to Albany in the Class 2A championship.

"I want them to remember that feeling,” Goetz said. “It should drive their hunger to win a state championship.”

Roots breed similarity
There’s a reason the Shakopee and Wayzata boys’ basketball teams, which played each other Thursday in the Class 4A semifinals, were so similar in approach even if the result leaned heavily in Wayzata’s favor.

Both head coaches, Wayzata’s Bryan Schnettler and Shakopee’s Jake Dammann, played basketball at the University of St. Thomas. After spending four years as an assistant coach at Bloomington Jefferson, Dammann became an assistant under Schnettler in 2015 before taking the Shakopee head coaching position three years ago.

“I know Coach Dammann very well and he’s a very good coach,” Schnettler said. “I knew they’d come at us in the second half, and they did.”

Dammann was effusive in his praise for Wayzata after the Trojans’ 29-point victory.

“I have great respect for that team,” Dammann said. “They are so well-balanced. They came out in attack mode and we got hit by a tidal wave of offense.”

Title town in Minneota
Minneota’s victory in the Class 1A championship game gave the Vikings their third girls’ basketball state title in the past eight years. It was also the school’s eighth state title in that time.

In that time Minneota, with an enrollment of 177 in grades 9-12, also has won three football titles and two volleyball titles. For Minneota coach Chad Johnston, it was his seventh state championship team.

“It is remarkable,” Johnston said. “We’ve been very fortunate. We’ve had great kids, who are committed, and great coaching staffs.”