The Vikings, led by senior Ethan Slaathaug's 20 points, escaped with a 61-60 victory over Hancock in the Class 1A title game. 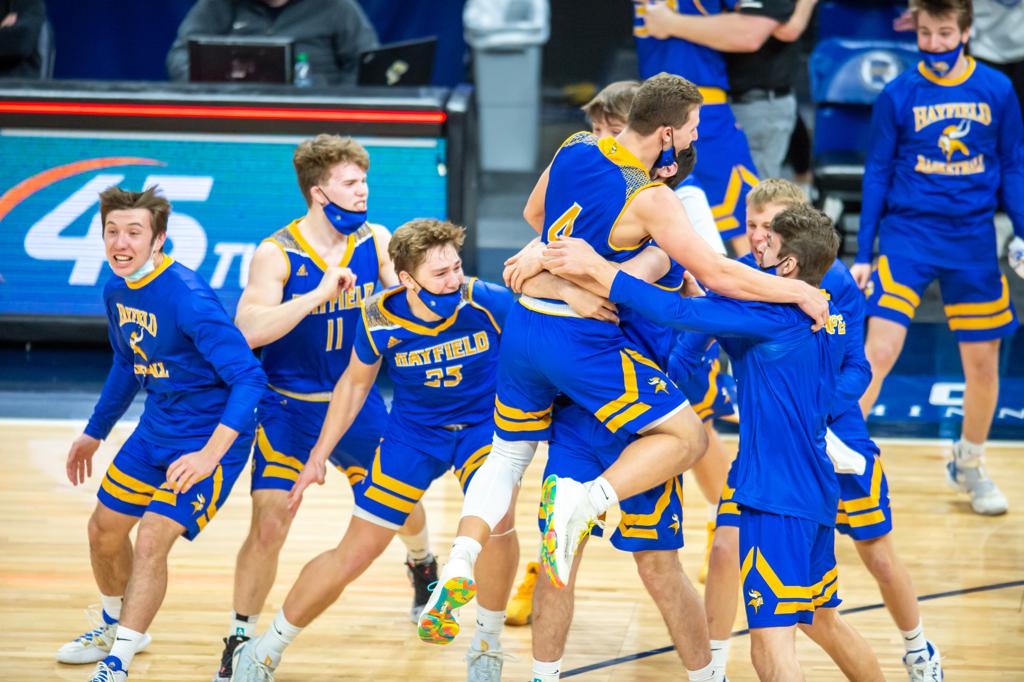 His players were on the Target Center floor jumping around and celebrating the Vikings' first boys' basketball state championship in program history.

“It kind of hit me all at once,” Pack said. “It’s an amazing, incredible feeling.”

It wasn’t until junior forward Easton Fritcher’s free throw rippled through the net cords — much like they had done much of Saturday when Hayfield put up a shot — with five seconds left did the Hayfield contingent start celebrating after a hectic and discombobulated final minute against Hancock.

The Vikings shot 59% from the field, with all five starters sinking a three-pointer, en route to a 61-60 victory to win the Class 1A championship.

“It was stressful to be in a big spot like that,” said Fritcher, who had 13 points, connecting of five of six field goal attempts. “I was confident, and did what I needed to do making the first one.” 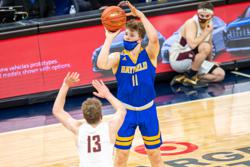 The final minute hardly resembled the previous 35. Both teams shot well — not due to porous defense — in a near flawless performance.

Hayfield (21-4) turned the ball over three times and missed three free throws, including the front end of a 1-and-1, in the final minute.

Likewise, Hancock (19-6) missed two potential game-tying three-pointers and turned the ball over once with the score stuck on 60-57 until Fritcher’s free throw. The Owls made a three-pointer at the final buzzer.

“That was definitely not how we scripted out,” said Pack, who guided the Vikings to a runner-up finish in 2001, their only previous appearance. “The time couldn’t run out fast enough. It was nerve-wracking.”

The Vikings took their largest lead of the game, 45-34, on junior Kobe Foster’s three-pointer with 14:46 left. They held a comfortable lead throughout the rest of the second half until Owls junior guard Sebastian Felix banked in a three-pointer with 41 seconds left to cut the margin to three.

Both teams put on an offensive clinic in the first half. Hancock shot 62% from the field and 71% from three-point range in the opening 18 minutes.

“The first half was as well played by both teams as it could have been,” Pack said. “Hats off to Hancock. It was back-and-forth until we had the run (18-9) right before halftime.”

“It feels great to finally get over the hump,” Pack said. 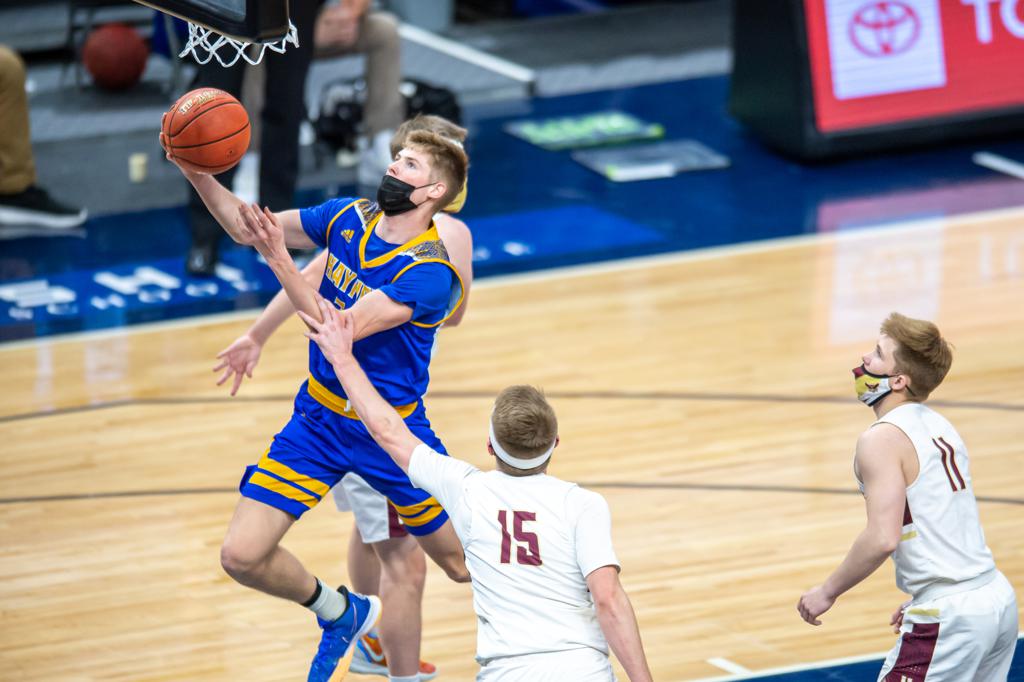 Hayfield’s Ethan Slaathaug goes up for a layup against Hancock defenders in the first half of the Class 1A championship Saturday afternoon. Photo: Earl J. Ebensteiner, SportsEngine

The basketball swished through the hoop. The cords rippled, much to the delight of the shooter.

Hayfield’s first state championship in program history was all touch. It didn’t matter who was putting up the shot.

The Vikings shot 59 percent from the floor, with all five starters sinking a three-pointer, en route to a 61-60 victory over Hancock to with the Class 1A championship Saturday at Target Center. They were the runner-up in 2001, their only previous appearance in the championship.