Junior Drew Berkland keyed a fast start that triggered a 22-point lead at halftime and the Trojans cruised to a 72-43 victory. 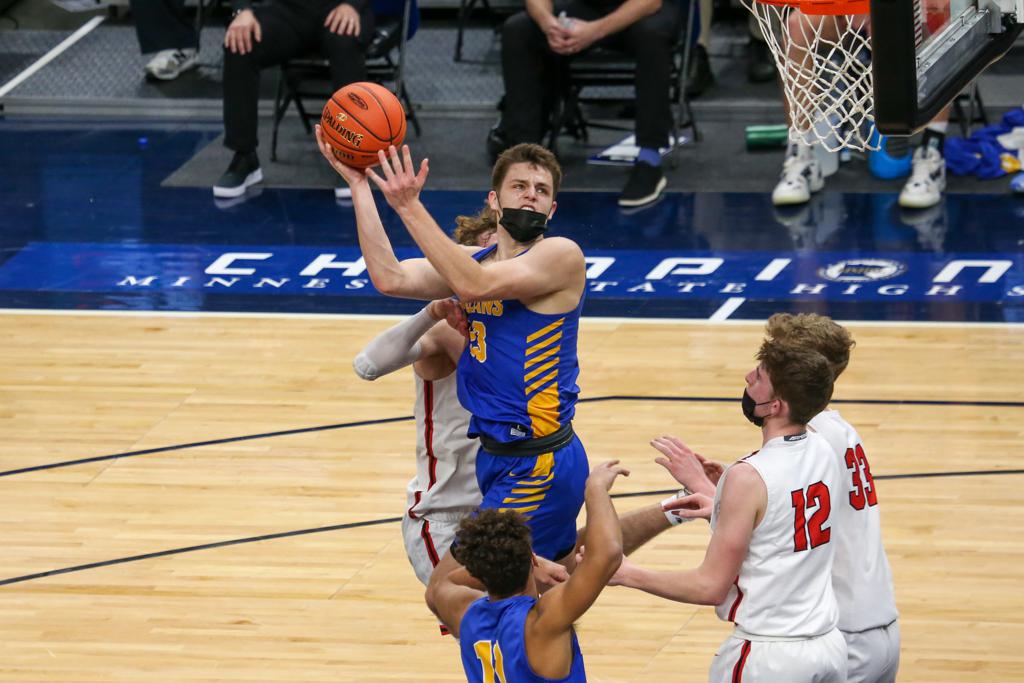 Wayzata’s Camden Heide (23) gets an open shot near the basket against Shakopee on Thursday in the Class 4A semifinal at Target Center. Heide finished with 15 points in the Trojans’ 72-43 victory. Photo: Jeff Lawler, SportsEngine

This was Drew Berkland’s kind of game.

The 5-11 junior guard is normally a high-octane foot soldier in Wayzata’s core of talented players. Berkland can knock down a shot when he needs to, but his value is his relentless energy on the defensive end.

Berkland was an offensive dynamo Thursday in the first half of Wayzata’s 72-43 victory over Shakopee in the Class 4A semifinals.

He made all six of his field goal attempts, three of them from beyond the arc. His 15 points, nearly double his average per game, helped stake the Trojans to a comfortable 38-16 halftime lead.

“Drew’s the type of kid who’s so competitive that he seems to play his best on the biggest stages,” Wayzata coach Bryan Schnettler said.

Berkland, who finished with a team-high 17 points, said his strong offensive showing stemmed from his defense. “We had a lot of energy and effort on defense,” Berkland said. “I love games like that, the big stage. I tend to play my best in those games.” 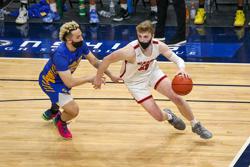 Shakopee played much of the game without guard and leading scorer Cade McGraw, who hit his elbow early in the first half. He lost feeling in his right arm and couldn’t play.

“We had to adjust on the fly,” Shakopee coach Jake Dammann said.

“I know Jake Dammann very well and you knew they were going to come at us,” Schnettler said. “We just needed to stay focused.”

But Wayzata capped that run by leaning on their two big men, 6-6 guard Cam Heide and 6-9 forward Carter Bjerke. The duo scored 12 consecutive points, ending any serious hopes of a Shakopee comeback.

“We got hit by a tidal wave of offense,” Dammann said.

Many observers have called Wayzata (18-2) the best team in Class 4A. Now the Trojans, who haven’t won a basketball state championship since 1959, are one game from making those opinions a reality.

“We’re getting really close to where we want to be,” Schnettler said. “We’re playing our best at the right time.'' 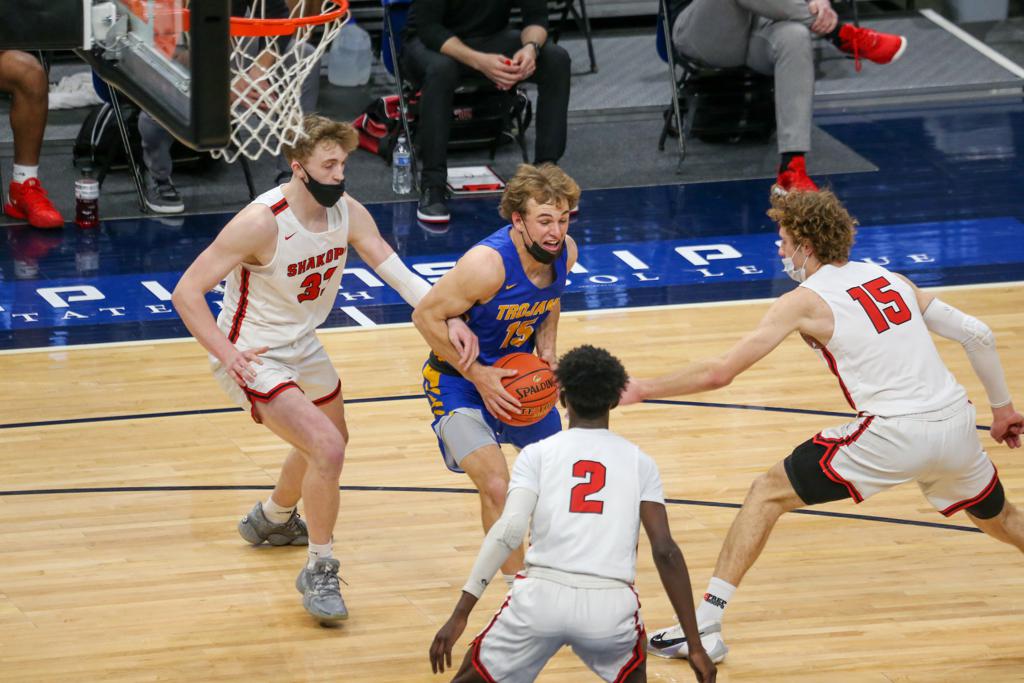 Wayzata’s perpetual-motion machine offense and relentless defense built a big halftime lead. Then the Trojans spent the second half fending off Shakopee’s attempts at a rally to advance to Saturday’s Class 4A championship game with a 72-43 victory.

After trailing by 22 points at halftime, Shakopee started the second half with a 17-10 run, cutting the Wayzata advantage to 50-35 with 8:53 left.

But Wayzata plugged the leaks with its big men stoppers Camden Heide and Carter Bjerke, who combined to score 12 consecutive points and end hopes of a Shakopee comeback.

Berkeland, normally a foot soldier in the Trojans’ army of talent, was 6-for-6 in first half field goals, including three three-pointers.

Heide, normally the focus of opposing defenses, and senior guard Kody Williams helped Wayzata to a 12-2 run to end the first half and a 38-16 halftime advantage.

How much did Wayzata control the first half? Berkeland hit more shots from the floor, six, than the entire Shakopee team.

Mick Wherly led the Sabers with 12 points, the only Shakopee player to score in double figures.

Wayzata will play Cretin-Derham Hall for the Class 4A championship Saturday at 8 p.m. It will be the Trojans' first chance at a state championship since winning one in1959.