The Sabers’ Jake Dahmann used to coach for the Trojans’ Bryan Schnettler, too. Their teams play for a spot in the Class 4A championship game on Saturday. Also, how to buy tickets for tournament games. 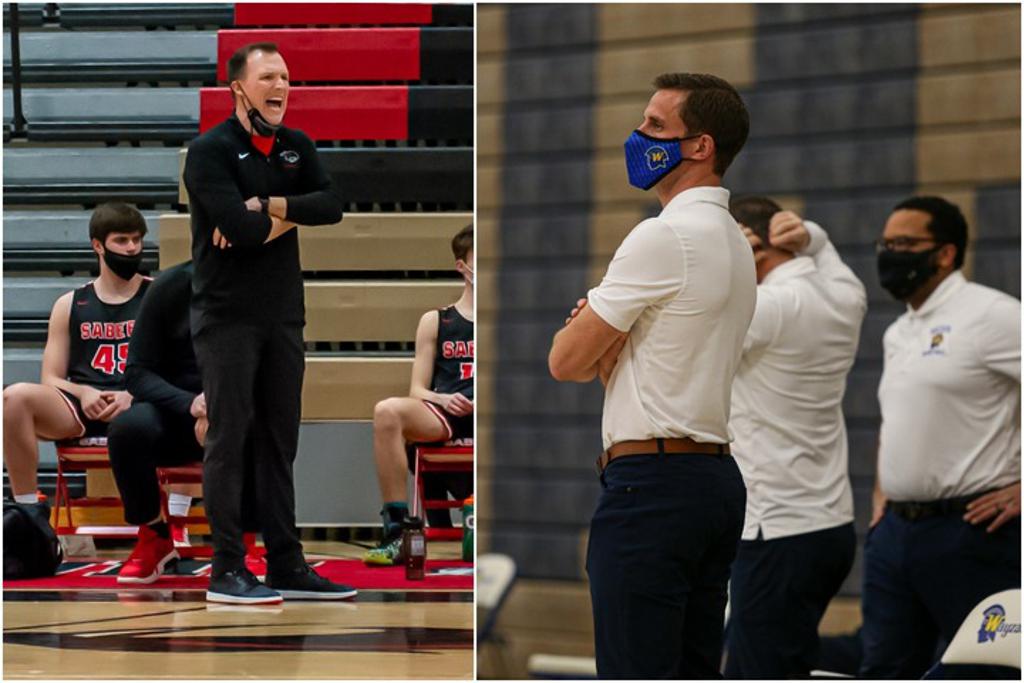 Jake Dammann knows Bryan Schnettler all too well. He used to try and shut him down defensively when they were college teammates at St. Thomas.

Dammann now has the inevitable task of having his Shakopee players trying to do likewise against Schnettler’s high-powered and talented Wayzata squad in the Class 4A boys’ basketball state tournament semifinals Thursday at Target Center.

“I used to guard him in open gym,” Dammann said. “He was a senior when I was a freshman. I just tried to be a little pest against him.”

“We are a very strong defensive team,” Dammann said. “We have kids that like to get after it. They believe they can guard anybody in the state.”

“It’s too bad that isn’t for the state championship,” Dammann said. “It’s going to be a lot of fun.”

Dammann is all too familiar with this Wayzata group. Before Shakopee hired him, he served as an assistant coach under Schnettler at Wayzata.

“There are a lot of familiar faces in their junior and senior classes,” Dammann said. “There aren’t too many secrets.”

Dammann has compiled a 62-16 record in his first three seasons at the helm of the Sabers. He was with Schnettler the four previous years in Wayzata.

“His attention to detail for both practices and games is impressive,” Dammann said. “Bryan has an educational way of teaching the game. He is well connected with his players.”

Shakopee won the first meeting between the two 82-63 back in early December of 2020. That was when the Trojans struggled through an 11-17 season.

“Two of their best players (Division I recruit Camden Heide and point guard Eddie Beeninga) were injured and didn’t play,” Dammann said. “It’s not going to be like that this time around.”

The Trojans are now on a 12-game winning streak. No matter what happens Thursday, the bond between Dammann and Schnettler — as players and coaches — will remain.

“We can always speak freely to each other,” Dammann said. “We have a great friendship, and that’s an added bonus.”

After starting its winter state tournaments with fans limited to those affiliated with competing schools, the Minnesota State High School League is back to selling limited tickets to the public for the basketball state tournaments at Target Center.

Looser fan restrictions that went into effect April 1 means Target Center can have as many as 3,000 spectators for events. Throughout games during the regular season and as recently as last week’s state quarterfinal games, a 250-person limit was in place.

The high school league is posting ticket availability on its website.