After the Rebels' Francis Nwaokorie made a three-pointer to tie the game to end regulation, the Crimson pulled away for a 70-61 victory. 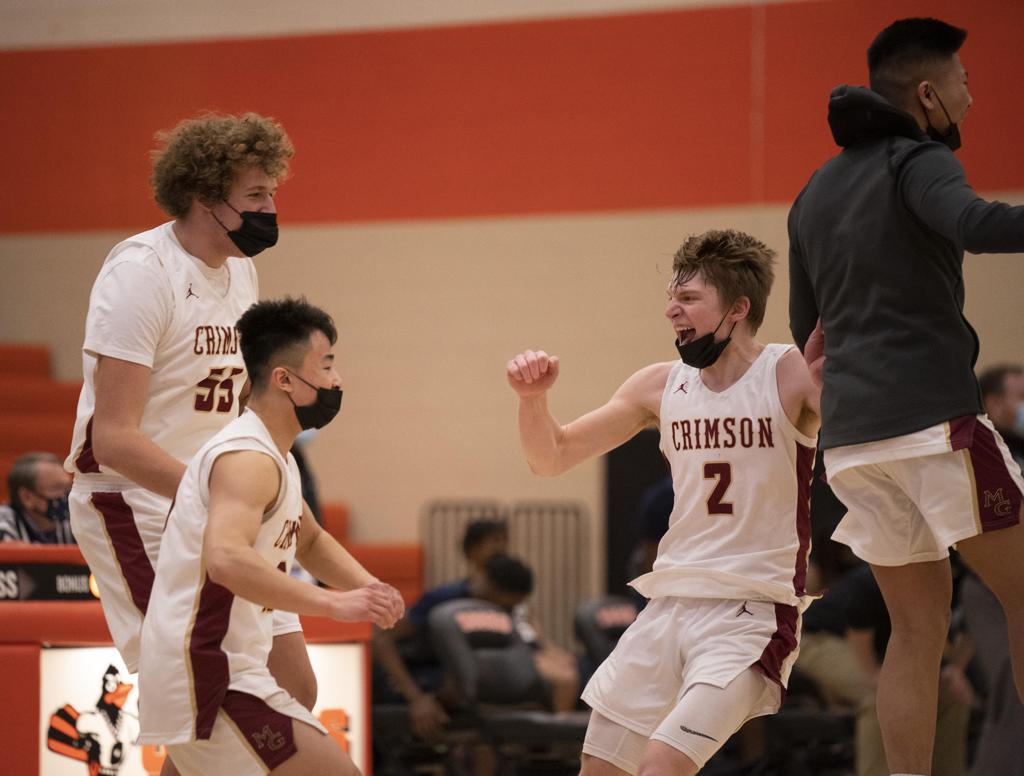 This was not supposed to happen.

Maple Grove, with nine losses — the most in the Class 4A tournament field — wasn’t supposed to pose a threat to No. 1-ranked and undefeated Champlin Park.
The Rebels had already defeated the Crimson twice during the regular season. A third time was supposed to be a formality.

But Maple Grove was the true rebel, not doing what it was supposed to do. The Crimson pulled off the biggest upset of the tournament, defeating Champlin Park 70-61 in overtime Wednesday at Osseo High School.

“They had all the pressure on them,” said senior wing Morgan Moore, who led the team with 25 points. “We came in cool, collected, and just got things done. We faced them a few times during the regular season, so we knew how they play and how to beat them.”

All season Champlin Park had leaned on its two big guns, 6-7 forward Francis Nwaokorie and 6-0 guard Joshua Strong. Nwaokorie showed well, collecting 31 points before fouling out in the extra session. Strong and the rest of the Rebels had shooting struggles and difficulty solving Maple Grove’s defenses. 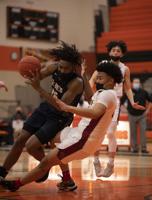 “We rotated from man to zone to try to throw off their rhythm,” Moore said. “And we were trying to throw Strong off his game.” Strong, averaging 20.2 points, scored only eight, including only two after halftime.

Maple Grove got a boost from junior wing Jon Haakenson, whose fearless, slashing drives and ability to finish at the basket kept Champlin Park in check each time the Rebels made a run.

“We had lot of confidence,” said Haakenson, who had 20 points, including five clutch free throws in overtime. “We came into the game knowing we had nothing to lose and Champlin had everything to lose.”

Maple Grove (13-9) led 51-44 with 4:30 left in regulation, but Champlin Park tightened its defense. Nwaokorie sent the game to overtime when hit a three-pointer with 1.1 seconds left.

In overtime the Crimson scored first on a three-pointer by Moore, then built an eight-point lead. Maple Grove outscored Champlin Park (21-1) 14-5 in overtime, fueled by encouraging words from coach Nick Schroeder before the extra session.

“He told us this is our game,” Moore recalled. “He said we’ve worked all season for this and we just had to grind and finish it out.”

“I’ve never had a bigger victory than this,” Haakenson said. “I’m 17 years old and this is my best one, so far.”