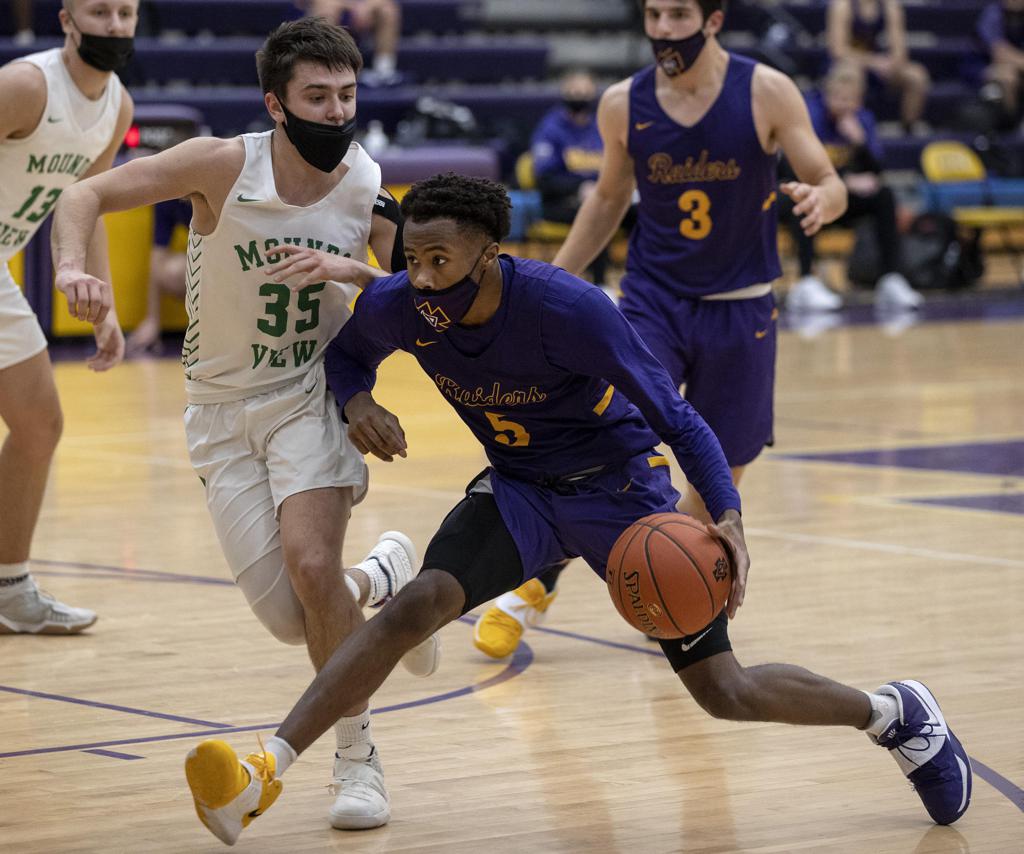 And the junior point guard had pretty much everything going his way Tuesday, posting a triple-double to lead the Raiders to a 66-52 victory over Mounds View.

Holloman had 23 points, 12 assists and 11 steals and was two rebounds from a quadruple-double for Cretin-Derham Hall, which took a 10-3 early lead and was never headed in handing Mounds View its first loss of the season.

“Tre is an energizer bunny,” Cretin-Derham Hall coach Jerry Kline said. “He plays with a lot of energy, he loves to pass and make plays for other people. And you saw tonight when he needs to make a play himself, he can. He’s our leader and he’s fun to watch because he gets everybody involved.”

Cretin-Derham Hall (8-4) maintained a lead of between six and 10 points for much of the first half, it’s zone defense refusing to give up uncontested shots. Late in the half, however, Mustangs junior Kobe Kirk hit four consecutive three-pointers, cutting the deficit to two points.

But Holloman revived the Raiders with a steal and a layup just before the half ended, giving Cretin-Derham Hall a 28-24 lead.

“Huge momentum piece for us, that we could finish the half on an easy bucket,” Kline said. “Guys were not happy at halftime, but they knew we could come out in the second half with the same type of energy we had in the first half and they did.”

Cretin-Derham Hall had lost to Mounds View in the season opener, but with Holloman and strong contributions from players like senior forward Peter Howard, who had 11 points and was a physical force inside, the Raiders pulled away after halftime. They built the lead to as many 19 points and coasted to victory.

“I’m so proud of that kid because he’s come so far since his freshman year,” Kline said of Howard. “He was a difference-maker for us.”

Holloman admitted the Raiders had a little extra motivation vs. Mounds View because of the earlier loss to them.

“We just wanted to show them that we are one of the best in the conference,” Holloman said. “Coach told us at halftime ‘Toughness over talent’ and that’s how we played today, tough.”