Donnavin Hinsz tied the game at the free throw line and went on to hit the game-winner. 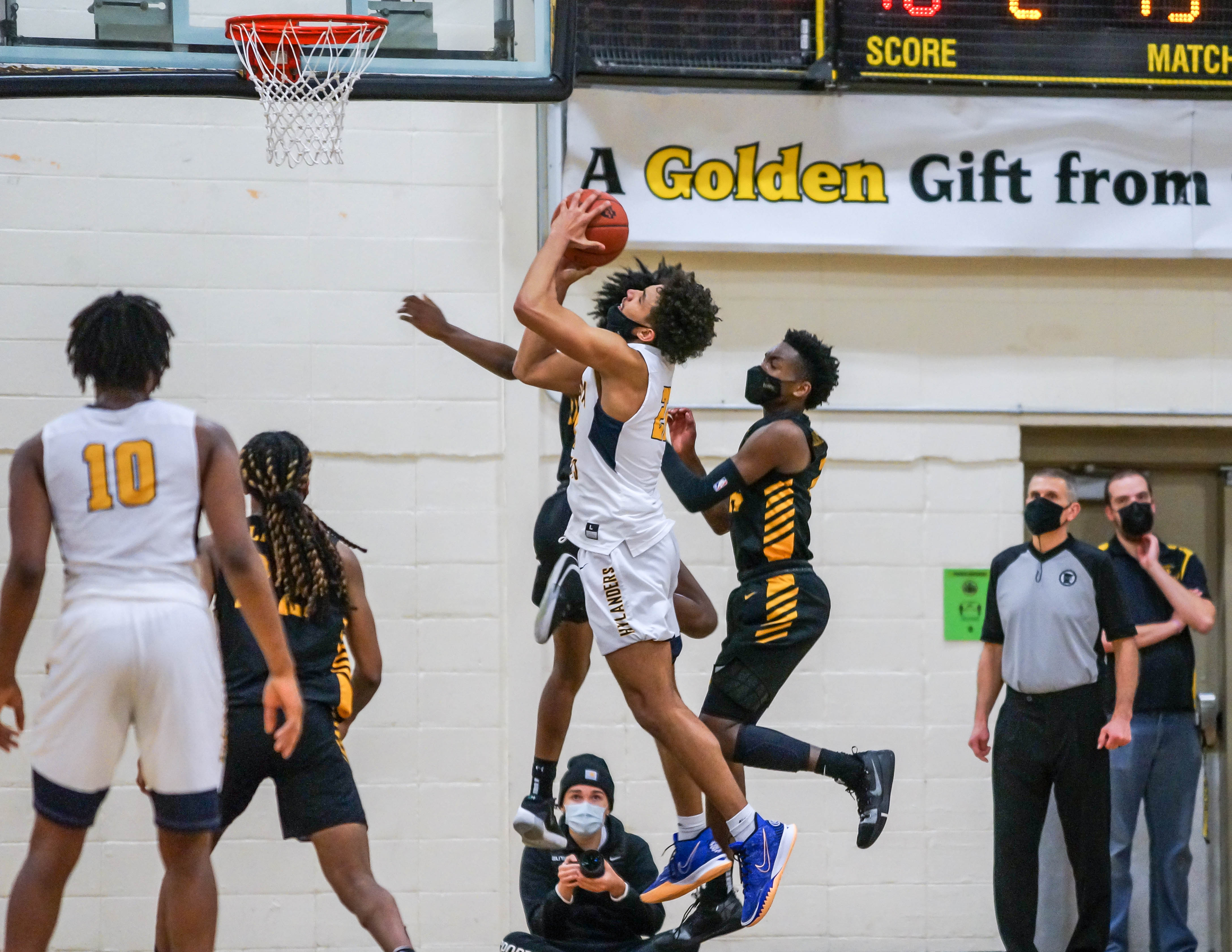 Columbia Heights' Donnavin Hinsz (center) makes the game winning basket while drawing a foul, with less than 5 seconds remaining to give the visiting Hylanders a 62-60 victory over DeLaSalle Feb 23. Photo by Korey McDermott, SportsEngine

In past seasons, Columbia Heights would make trips down to Rochester. Not for a tournament, not to win a trophy, but just to bond, play a couple games and build chemistry as a team.

This season amid the pandemic, the Hylanders (9-1) couldn’t make the trip. Instead, they’ve been bonding on the floor — and it’s been working. The No. 3 team in the Minnesota Basketball News’ Class 3A ranking has rattled off three consecutive wins, including a 62-60 nail-biting, comeback victory over No. 5-3A DeLaSalle (7-4) on Tuesday at DeLaSalle High School.

But what’s more impressive is Columbia Heights is doing it with a new-look roster. Junior Hassan Kamara transferred from Osseo and junior Donnavin Hinsz came in from Fargo. They didn’t need the trip to Rochester, or the usual preseason to make themselves standouts alongside junior Muja Burton in coach Willie Braziel’s starting lineup.

“It was pretty easy (adjusting to the new team) because we all love to hoop. We all love to be out here and compete,” Hinsz said. 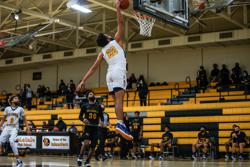 Kamara and Hinsz appeared as if they’d been playing together for years down the stretch on Tuesday against the Islanders. Hinsz hit a late free throw to tie the game 60-60 and his layup off a pick and roll was the eventual game-winning basket. Kamara hit a pair of three-pointers that helped the Hylanders overcome a 14-point deficit in the second half.

“It gives me a sigh of relief to see those two play well together because, again, none of them have played together before this season,” Braziel said.

Playing well together has been a theme for Braziel’s team all season long, he even puts in on the white board in the locker room.

“I put play with the number two, together. You do that together, you’re gonna win,” Braziel said. “That’s what they were just yelling, ‘We played together coach.’”

They played together defensively in the second half, holding DeLaSalle’s Evan Boyd to just four points after he exploded for 16 in the first half. They drew fouls on Cade Haskins, who had to sit for much of the second half, which held him to just 13 points in the game.

The Hylanders’ play down the stretch demonstrated how Braziel’s message has been resonating. Hinsz and Kamara both described how playing together helped them overcome 11 first half turnovers and a second half deficit to come out with the victory. Braziel said it demonstrated his team’s character.

“We were down the majority of the game and we fought back… They played well as a team and when you do that as a team, you’re going to have success,” Braziel said. “That’s the only thing I can ask of them.” 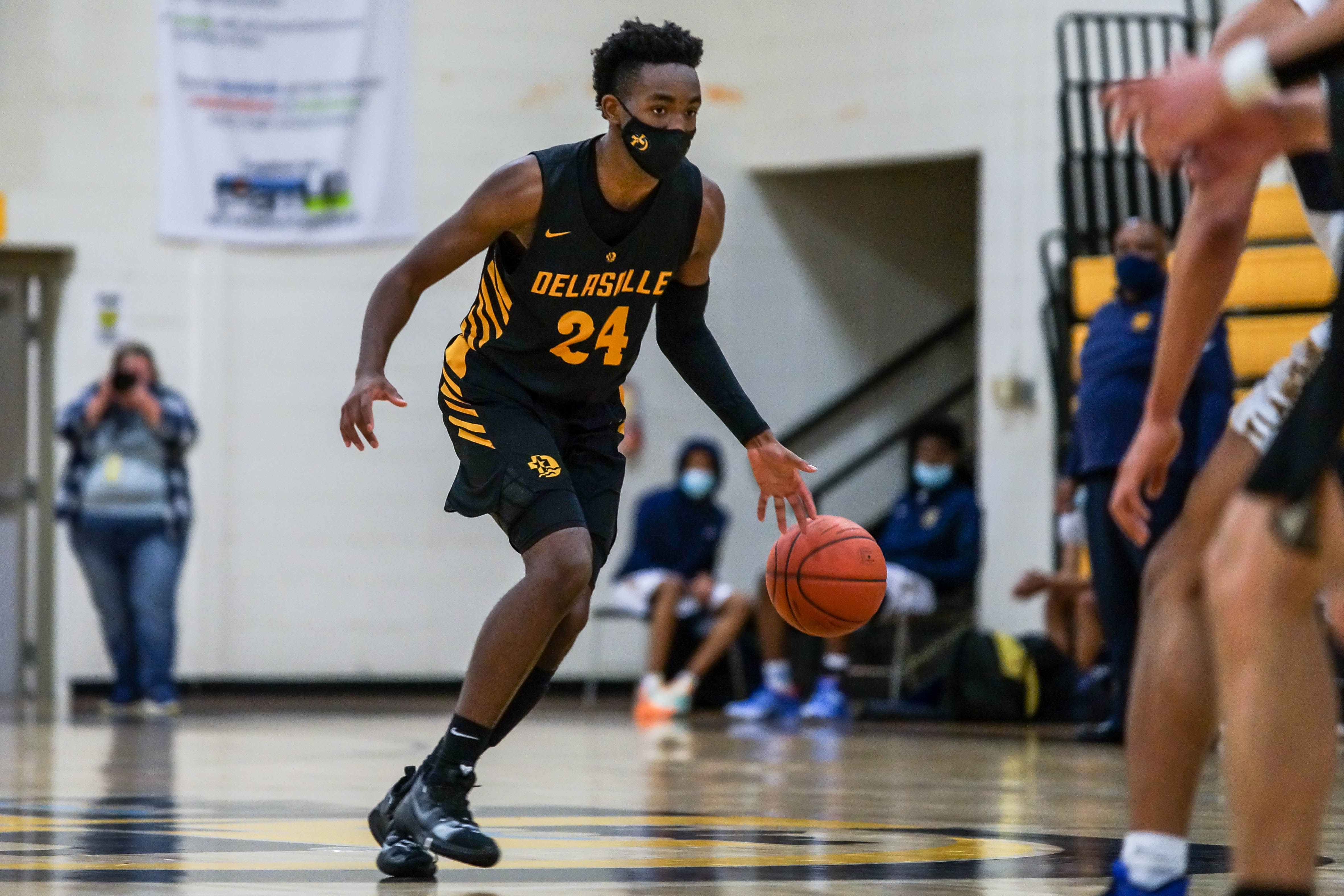 Columbia Heights overcame a 14-point second half deficit to earn a narrow 62-60 victory over DeLaSalle at DeLaSalle High School on Tuesday.

Junior Donnavin Hinsz led the way for Columbia Heights (9-1), the No. 3 ranked team in Class 3A by Minnesota Basketball News, and it was no different down the stretch. His name was called on a pick and roll that put the Hylanders up 62-60 with just five seconds remaining. He also hit the game-tying free throw just moments earlier. Hinsz finished with 24 points, 15 rebounds and a pair of assists.

Evan Boyd led the way for No. 5-3A DeLaSalle (7-4) with 20 points and seven rebounds but couldn’t hit a three-pointer at the buzzer that would have won the game. Cade Haskins added 13 points for the Islanders but was in foul trouble late in the second half.

Hylanders’ junior Hassan Kamara also came up big down the stretch, hitting a pair of late three-pointers that dug Columbia Heights out of a 14-point hole. He finished with 16 points, 11 rebounds and two assists. Guard Muja Burton added another 14 points for the Hylanders. 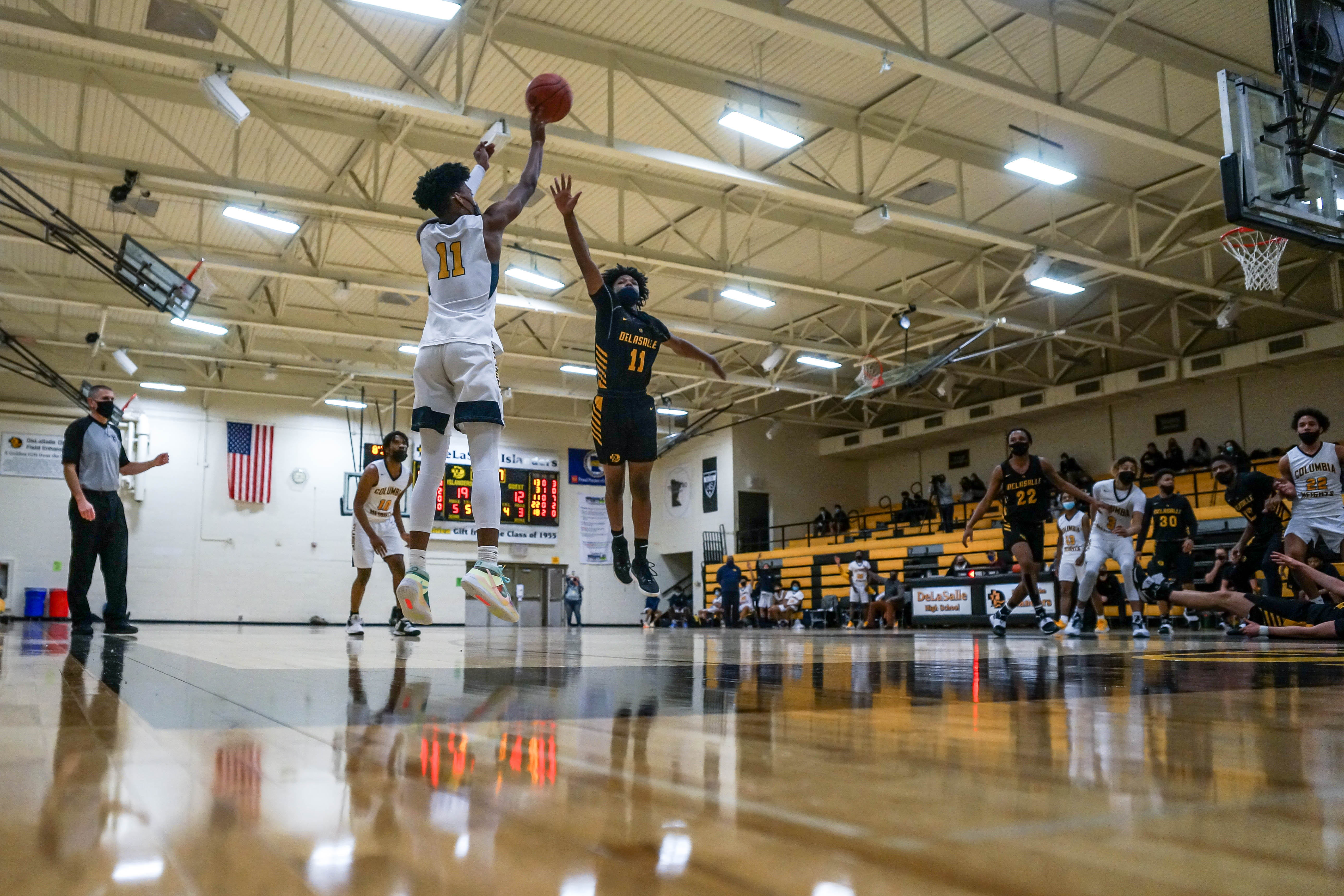