South St. Paul improves to 9-0 with victory over Mahtomedi 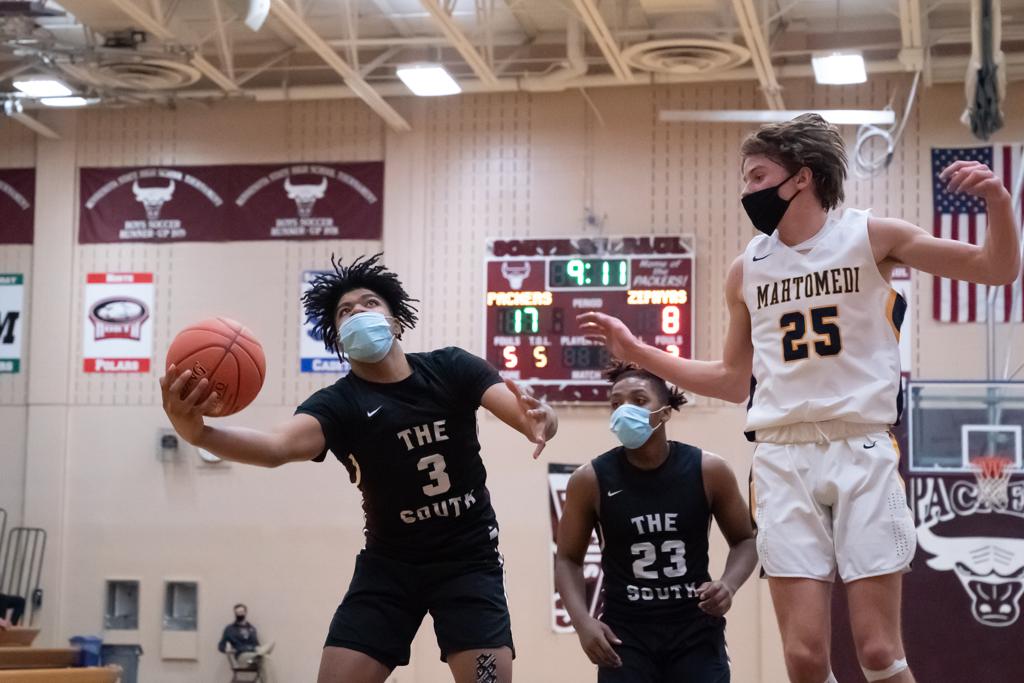 At first glance, South St. Paul junior guard Alonzo Dodd doesn’t do much to stand out. During warmups, he doesn’t try to impress with fancy dribbling or long-range bombing or intimidating dunks. He goes about his business in a laid-back, ho-hum manner.

Call it the calm before the storm.

Once the Packers’ highly anticipated game with visiting Mahtomedi, two undefeated teams atop the Metro East Conference, got underway Friday, Dodd morphed from laconic to lethal. Adeptly balancing dual-roles as sharp-passing playmaker and cold-blooded scorer, Dodd guided the Packers to a 101-69 victory over the Zephyrs to improve to 9-0 on the season.

Dodd finished with 19 points and at least eight assists, many on bullet passes whizzed past unsuspecting Mahtomedi players to waiting teammates in the lane.

“As long as we have Alonzo Dodd in the middle, he makes the right basketball play, whether to score or pass and find somebody open, it’s really hard to zone us,” South St. Paul coach Matthew McCollister said. “He’s something special, man.”

But Dodd wouldn’t get the chances he does without the Packers’ talented depth. Dodd wasn’t the Packers’ leading scorer. That honor when to Marquise Gleb, one of only two seniors on the South St. Paul roster, who finished with 29 points. Tre Harmon added 14 and Devin Newsome 13.

His lofty basketball IQ, Dodd said, was the product of a family obsession with basketball. And talented teammates.

"My family, we’re all athletes, we’re all basketball players,” he said. “And I have great teammates. If I’m in trouble, I pass it to them and they make me look good. They make it so easy.”

It wasn’t that long ago that basketball was an afterthought at South St. Paul, a school whose long hockey history includes such names as Doug Woog and Phil Housley. Now, after 16 straight years of winning fewer than 10 games per season — often far fewer — the Packers, who went 18-10 last year, can say they are becoming a basketball school.

“Every day, when I go home from practice, I tell my wife that it’s just a delight to coach these guys,” McCollister said. “Tonight, we wanted to come out and make a statement that says ‘Hey, we’re up top now. People have to chase use,’ which is something very rare at South St. Paul High School.”