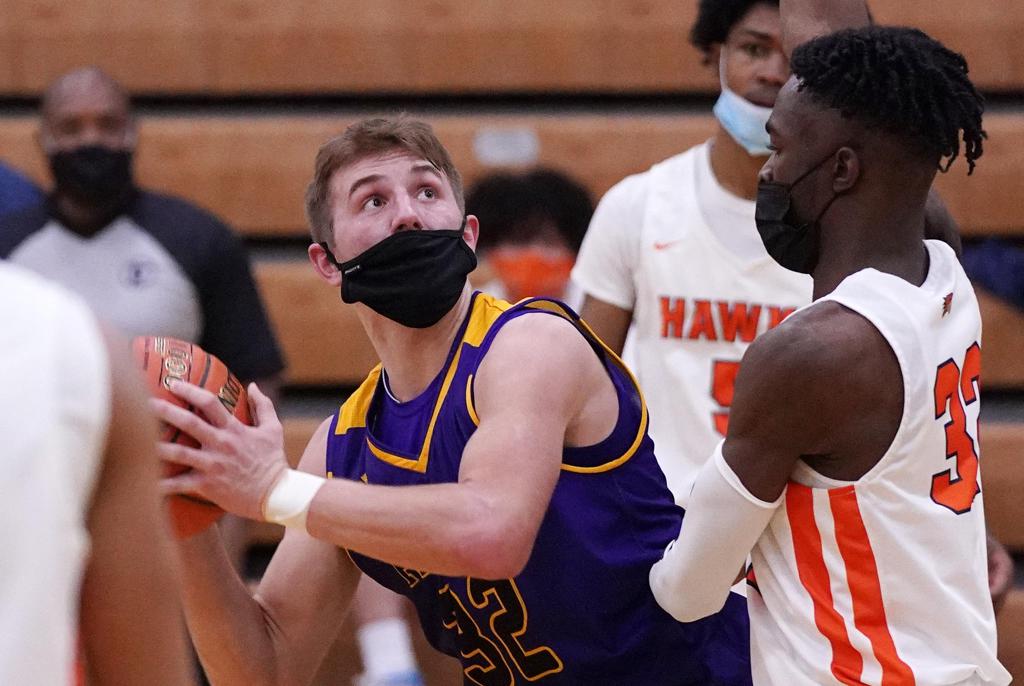 Standing only 6-3, Goetz displayed an array of effective moves around the basket in Chaska’s season-opening 67-49 victory over Cooper. He scored 13 of his 16 points in the first half, helping Chaska to a 32-16 halftime lead.

“It’s all because of my dad,” Goetz said. “He has been working with me on that since I was little. He wanted me to do that before we worked on extending my range.”

His offensive production was shut down in the second half — senior guard Jack Frick picked up the slack with four of his six three-pointers and 14 of his game-high 22 points after halftime — but Goetz was still making his presence felt by solving Cooper’s added pressure with his ball-handling, helping Chaska stave off a potential comeback, and repeatedly winning hustle battles for hard-fought rebounds and loose balls.

“He’s such a tough matchup problem because he’s a big, physical guy and can post guys up, but he can bring the ball up the court, too,” Chaska coach Dana Kallman said. “And he’s a great leader because of how hard he works. You see him hit the floor in games, but he does that every single day in practice.”

Friday was Day 2 of the delayed winter sports season, and it wasn’t hard to tell it was the first game of the season for both teams. Offenses were operated in fits and starts and turnovers were plentiful, along with the shadow of the COVID-19 pandemic guidelines set forth by the Minnesota Department of Health.

Masks were worn at various stages of appropriateness, with noses exposed often as players tried to grab that extra breath.

“It can be hard to breathe,” Goetz said. “But we’re getting used to it. It’s not really a problem.”

Trailing by 16 at halftime, Cooper played Chaska straight up in the second half, but despite the better play, the visiting Hawks could never get closer than 14 points against the home version. Cooper didn’t score back-to-back baskets until 11 minutes remained in the game.

“Our game is to get out and get points in transition, to score three or four baskets in a row,” Cooper coach Bo Powell said. “We didn’t do that.”

Chaska topped Cooper by one game in the 2020 final Metro West Conference standings, leading to a heightened level of anticipation Friday. Powell said his team will need to improve its conditioning to get back to the upper reaches of the conference again this year.

“We were one, two steps slow,” Powell said. “We’re not in as good a shape as we normally are.”