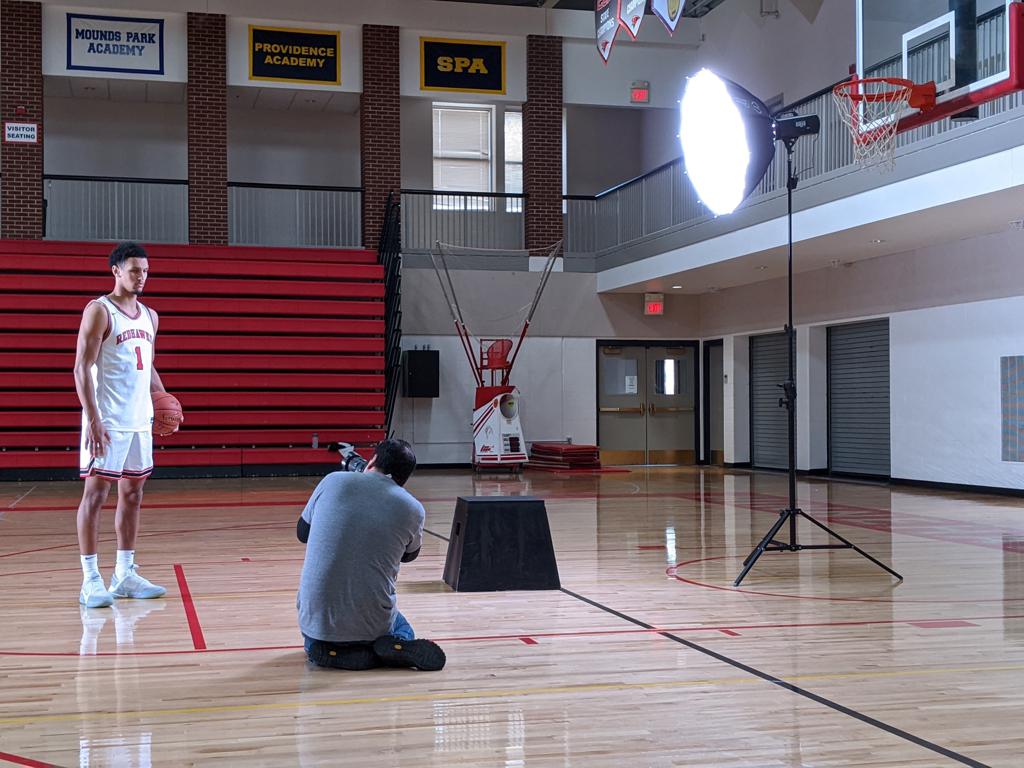 The Eden Prairie’s boys’ basketball team had a perfect season. It had defeated all of the state’s best, some twice.

When concerns over the COVID-19 pandemic prompted the Minnesota State High School League to end the season Friday morning, the Eagles were one victory from getting a chance to justify their Class 4A, No 1 ranking at the state tournament.

So on Friday evening, an hour before they had been scheduled to tip off against Shakopee for the section title, the Eagles went to their gym, where the game would have been played, and cut down the nets.

“It was definitely a season to remember,” Eagles senior guard Drake Dobbs said. “We have memories that will last a lifetime.”

Even some from the net-cutting ceremony.

“A couple of guys really struggled cutting down the nets,” Dobbs said Sunday. “We had a lot of laughter to go with the tears.”

The core of Eden Prairie’s senior-laden roster had been building up for this season since sixth grade. Its roster included eight seniors.

“It’s crazy how long we’ve been together,” Dobbs said. “The bond and friendships we’ve made will last forever.”

The Eagles participated in the state tournament the previous two years. They won the consolation championship last year after falling to Lakeville North in the quarterfinals.

“We were underdogs as sophomores and should have won it last year. There are moments we would have liked to change,” Dobbs said. “This year is a lost opportunity. It’s super-disappointing, but I understand it, too.”

The state tournament, first played in 1913, had never been canceled until this week.

Fifth-ranked Hopkins (24-5) was already preparing to make a run at successfully defending its state title. The Royals defeated Cooper 71-60 in the Section 6 championship Wednesday.

“I had no idea that would be my last game,” Royals senior guard and leading scorer Kerwin Walton said. “I thought there might not be any fans but we would still be playing. It caught all of us off guard.”

Hopkins’ top-rated girls squad (30-0) was within one game of completing back-to-back unbeaten seasons. A matchup with Farmington for the state championship Saturday never happened.

“Everybody is devastated at our school,” Walton said. “I feel like we were both robbed of winning a state championship. It’s really sad.”

Minnehaha Academy senior guard Jalen Suggs had an idea his career would be coming to an end in the Class 3A, Section 4 championship Thursday night. The Redhawks were the top-ranked team in 3A.

“When the NCAA and NBA were shut down, I couldn’t help but think high school was next,” Suggs said. “I started the game really slow because I had it in my head that this was possibly my last game. I eventually got it out of my mind, and was going to make sure I enjoyed my last game.”

The decision also denied Suggs and the Redhawks (25-3) an opportunity for a fourth consecutive state championship. The previous three were in Class 2A before moving up to Class 3A for the 2019-20 school year.

“Along with everybody else, it shocks you at first,” Suggs said. “At the end of the day, though, you have to look at the big picture. Everybody’s health and safety comes first. Hopefully, we can get back to normal soon.”

Said Hopkins boys’ coach Ken Novak: “It’s more complex than we like to make it out to be. The kids are totally bumming, and I understand that. It was a big decision that was made.