The 6-8 senior, exerting his will inside, scored 22 points and added seven rebounds in a 71-45 victory. 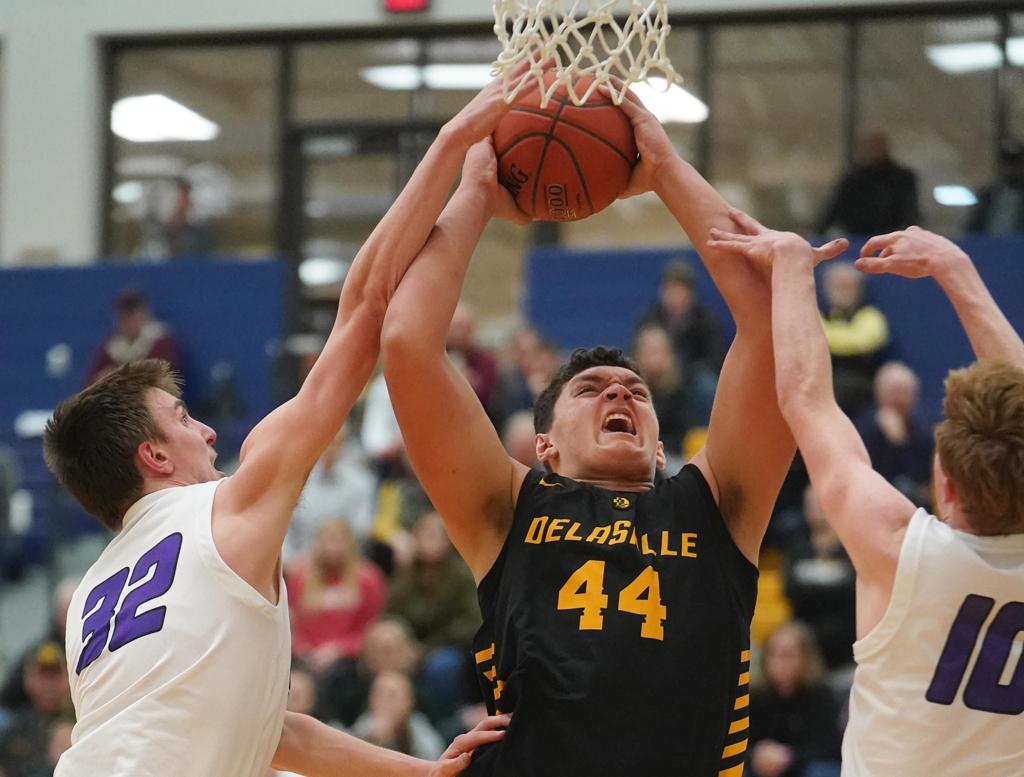 Travis scored 22 points on 10-of-12 shooting, including 13 points in the first half, and added seven rebounds in the Class 3A, Section 6 final at Chanhassen. Using his size, he pushed his way inside for short baskets. On the defensive end, he prevented the Wildcats from doing the same.

“The game plan was to establish myself down low,” Travis said. “We got that going early in the game. That got things off to a great start for us. As long as I am able to do that, everything is rolling.”

With Waconia’s leading scorer, PJ Hayes IV, hampered by cold shooting, Connor Schwob kept the Wildcats in the game for a while with 21 points on 10-of-17 shooting. Spencer Swanson added 11 points and nine rebounds.

Hayes finished with nine points on 4-of-14 shooting, with just two points in the first half.

“We talked him pretty much this whole year understanding that most likely we were going to through (the Wildcats and Hayes),” Islanders coach Travis Bledsoe said. “We tried to limit his ability to get a clean look off and make him go to the basket. I thought it threw them off their game.”

“Stops lead to turnovers and turnovers lead to easy baskets,” Travis said. “That was huge for us down the stretch.”

Other 4A section finals Thursday

Richfield 67, Holy Angels 53: Junior Grayson scored 26 points to help the Spartans (23-6) win the Section 3 championship game at Bloomington Jefferson. The Spartans, who trailed by four at halftime, outscored the Stars 46-28 in the second half to earn their first trip to the state tournament since 2006. Sophomore guard Emmett Johnson scored 18 to lead the Stars (19-10).

Delano 80, Fridley 51: Terron O’Neill, Trey Longstreet and Keagen Smith combined for 69 points to pace Delano in the Section 5 championship game at St. Michael-Albertville High School. O’Neill scored 23 and Longstreet and Smith each contributed 22 points for Delano (25-4), which returns to the state tournament after a one-year absence. Christian Crockett and Isaac Burns each scored 14 to lead Fridley (14-14).

Minnehaha Academy 94, Totino-Grace 58: Jalen Suggs scored 30 points and Chet Holmgren 20 to help the Redhawks pull away in the second half for the Section 4 championship at Woodbury. The Redhawks (25-3) outscored the Eagles 58-33 in the second half. Devin Burger scored 14 to lead the Eagles (20-9). The Redhawks, who won the last three Class 2A state championships, earned their first berth in the Class 3A state tournament.