Guard Curtis Jones' shot went in with 3.7 seconds left, lifting the Raiders to a 51-48 victory over East Ridge. 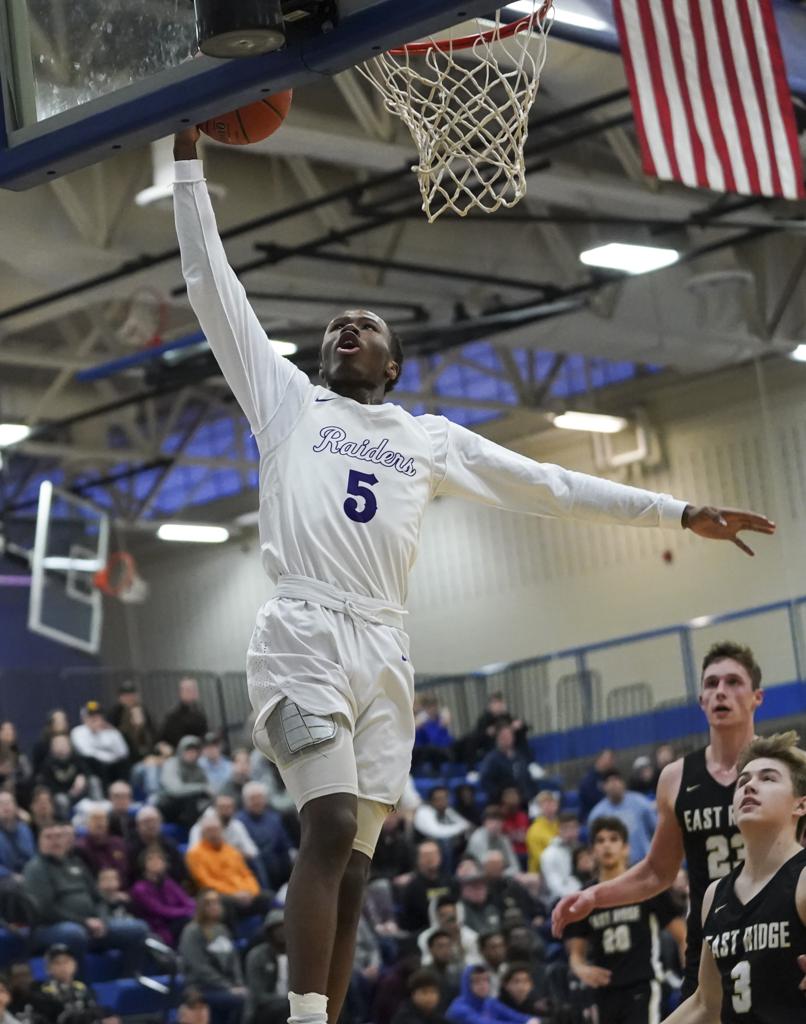 For the better part of four years now, Cretin Derham Hall and East Ridge knew if they wanted to make it the state tournament, they’d have to make it past each other.

The teams have met in the section finals for three consecutive years. After splitting two regular season matchups this season, it was only fitting for the Class 4A, Section 4 final on Thursday to come down to the final seconds at Hastings High School.

With 3.7 seconds left, Cretin-Derham Hall guard Curtis Jones hit a game-winning three-pointer to catapult the Raiders to a 51-48 victory over East Ridge, avenging a loss in the section final last year.

“You dream of things like this,” Jones said. “I’m just glad it went in. It felt like a dream.”

The game proved to be a defensive slugfest throughout. It was the first time East Ridge was held under 50 points and only the second time that Cretin-Derham Hall scored less than 64 this season. The teams combined for just 38 points in the first half before the offense started to get into sync in the second half.

Cretin-Derham Hall lead by as many as 10 midway through the second half. But East Ridge was to narrow the margin and eventually tie the game with under a minute to play.

“That’s playoff basketball,” Cretin-Derham Hall coach Jerry Kline said. “We know what they do, and they know what we do. You knew it was going to come down to this and we just happened to have the ball last and make the play.”

It will be Cretin-Derham Hall’s third state tournament appearance in four years.

“The kids came out with what’s happening in the public eye and had a little bit of fun for an hour-and-a-half,” Kline said. “That was great for our community.”

Paul Hodowanic is a University of Minnesota student on assignment for the Star Tribune • paul.hodowanic@startribune.com

Other 4A section finals Thursday

Cambridge-Isanti 81, Duluth East 73: Senior guard Henry Abraham scored 44 points to led the Bluejackets past the Greyhounds for the Section 7 championship at Elk River. It was the eighth time this season Abraham, who is averaging 33.6 points per game, has scored 40 or more points. Hunter Melander added 14 points for the Bluejackets (24-4).

Maple Grove 54, Buffalo 52: The Crimson won the Section 8 championship at Monticello for its fifth consecutive trip to the state tournament. A three-pointer by RaShaun Parker with 32 seconds left gave the Crimson (23-5) a 54-52 lead. Buffalo missed a potential game-tying shot in the final six seconds. Caden Boettcher scored 18 and Lovell Williams scored 17 to lead Maple Grove, which led 29-21 at halftime. Matthew Willert scored 30 for Buffalo (16-13). Willert finished his career with 2,005 points.