See who made the cut from the semifinalist list. The winner will be announced during a Timberwolves game on April 5. 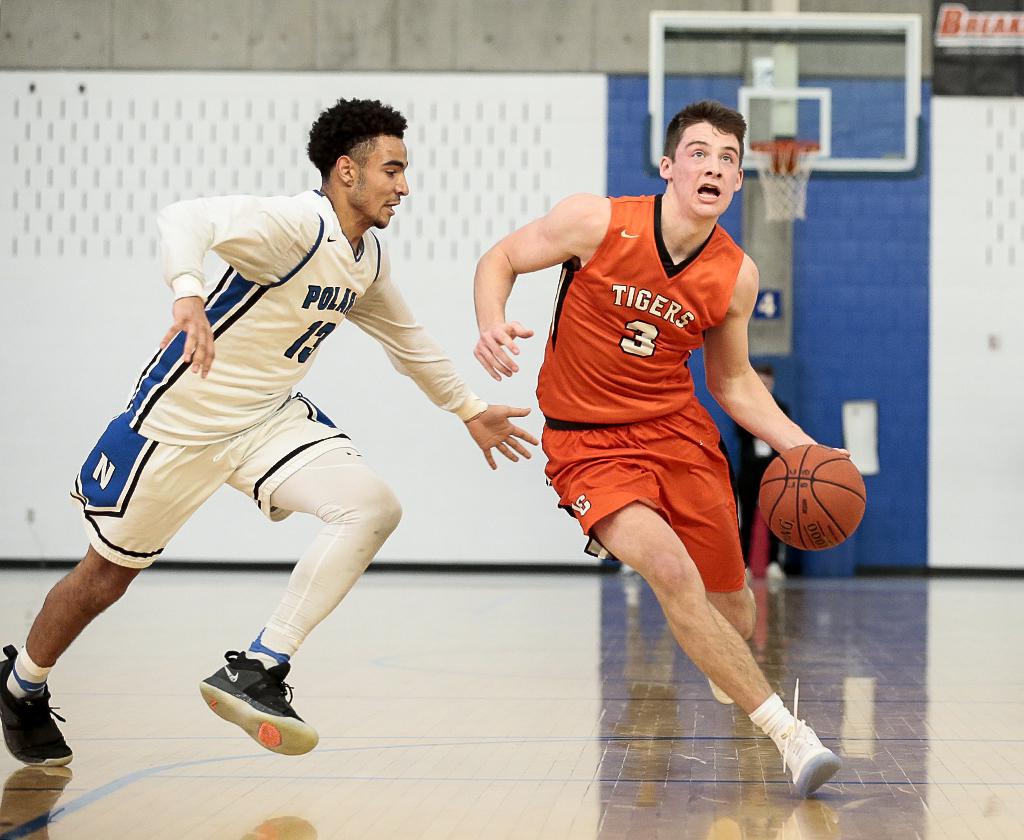 Nathan Heise (right) of Lake City is one of five finalists picked for the 2020 Mr. Basketball award. The senior guard has averaged 29.2 points per game this season. Photo by Cheryl A. Myers, SportsEngine

After scaling down its list of 10 semifinalists, the Mr. Basketball Committee announced five finalists for this year’s Minnesota Mr. Basketball award on Monday.

The finalists are: Nathan Heise of Lake City; Ben Carlson of East Ridge; Drake Dobbs of Eden Prairie; Dawson Garcia of Prior Lake; and Jalen Suggs from Minnehaha Academy.

Heise, a 6-foot-5 guard committed to Northern Iowa, averages 29.2 points per game for Lake City, which is ranked No. 4 in Class 2A by Minnesota Basketball News from Feb. 26. Heise is the only finalist this season to come from a school based outside of the Twin Cities metro area, and he’s the lone representative from Class 2A.

Carlson, Dobbs and Garcia all play for Class 4A programs, while Suggs anchors the Class 3A Redhawks, who moved up before this season began after winning the last three Class 2A state championships.

Carlson has helped East Ridge to a nine-game winning streak. The Raptors wrap their regular season Friday against No. 3-4A Cretin-Derham Hall in a highly anticipated Suburban East Conference matchup. A 6-foot-10 forward committed to Wisconsin, Carlson averages 24.7 points and 11.3 rebounds per game.

Eden Prairie has a perfect 25-0 record this season, and a big part of the No. 1-4A Eagles’ success has been because of Dobbs’ leadership and performance on the court. The 6-foot-1 guard scores at a clip of 18.8 points per game. He plans to continue his playing career at Liberty University in Lynchburg, Virginia after graduating.

Garcia has spearheaded Prior Lake to playing some its best basketball of the season in recent weeks. Riding a seven-game winning streak, the No. 10-4A Lakers rely on their 6-foot-11 Marquette signee for 32.3 points and 10 rebounds per game of production at the forward position.

A Gonzaga commit, Suggs has been electric while attracting lots of national media attention and coverage while continuously producing for Minnehaha Academy at a high level. The No. 1-3A Redhawks’ 6-foot-5 senior leader scores 22.2 points per game.

Each of the five finalists will be recognized on April 5 during the Minnesota Timberwolves’ game against the Detroit Pistons at the Target Center. The winner will then be unveiled.

Not to be confused with the Minnesota Basketball Coaches Association’s McDonald Award, the recipient of the Mr. Basketball award is chosen by the Mr. Basketball committee upon the conclusion of each season. The committee is made up of longtime basketball supporters who determine the best senior player of the season.

Last year’s Minnesota Mr. Basketball was Matthew Hurt of Rochester John Marshall. Hurt, who averaged 37.1 points per game for the Rockets a year ago, now plays at Duke. The 6-foot-9 freshman forward averages 10.5 points and four rebounds per game for the Blue Devils.