With their defeat of the Pumas, their Skyline Conference rival, the Lions improved their record to 23-0 this season. 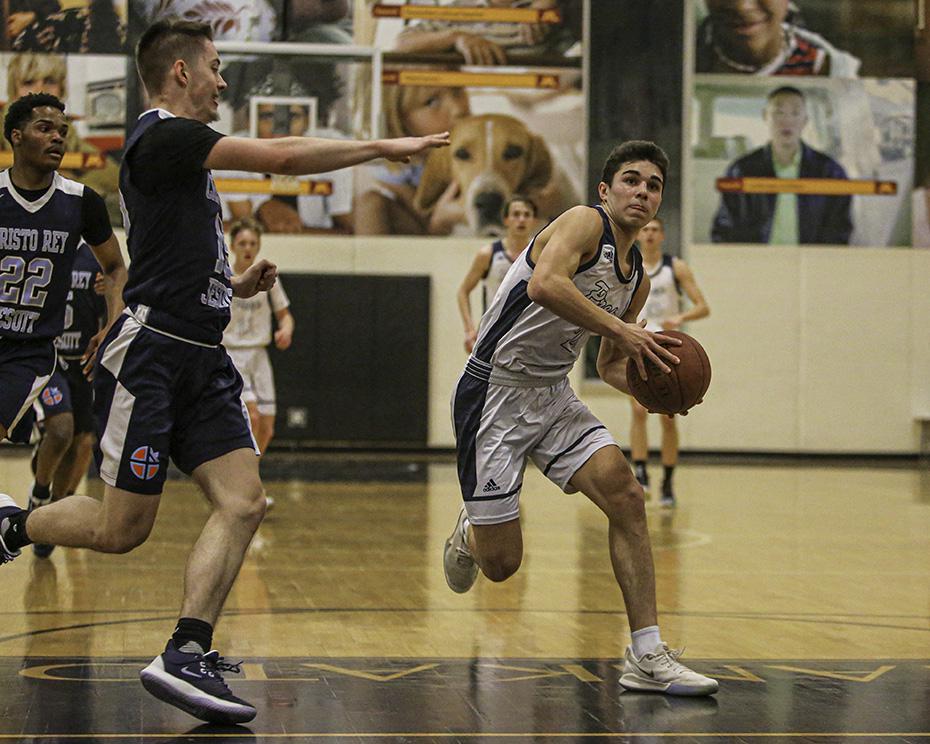 When looking at the roster sheet for St. Croix Prep, one can be mistaken for thinking there’s a typo. But no, the Lions really do have nine seniors listed on their varsity roster. The remaining players are juniors.

Led by a group of friends who have known each other since childhood, St. Croix Prep, ranked No. 4 in Class 2A by Minnesota Basketball News, remains unblemished this season after picking up a 94-84 victory over Skyline Conference opponent Cristo Rey Jesuit in Minneapolis on Tuesday night.

Shortly after tipoff at Cristo Rey Jesuit High School, both teams looked fairly even. The Lions led most of the way but the Pumas were right behind, trailing 42-37 at halftime. 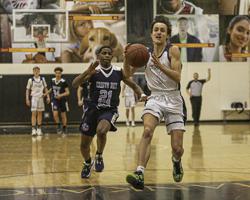 “I thought it was a gutty victory,” St. Croix Prep coach Kevin Seim said, adding that both teams were without key players the first time they met, back on Jan. 28 when the Lions picked up a 76-56 victory.

Speaking to the success his team has had this season, Seim decided several years ago that this team could make some noise.

“We looked at this group of eighth graders and thought, ‘I think we got something here,’” Seim said. “These guys, some of them have been going to school together since kindergarten.”

That true friendship is what Seim believes gives the Lions a lot of leeway when things get intense, when players need to step up in crucial moments.

“They’re so familiar with each other. That senior leadership is a big component for us,” Seim said.

One of those players taking charge Tuesday was 6-foot-7 forward Zach Doely. He tallied 16 of his 20 points in the second half, igniting an 18-11 run midway through the half.

“We switched things up, wanted some more post touches, and felt that we could do some damage there,” Seim said.

Doely said the closeness of the group helps him rely on his teammates to make key plays in key moments.

“These are a lot of my childhood friends, so everyday is basically just hanging out with my friends,” Doely said. “It’s just a fun environment.”

Doely hauled in eight rebounds as well, and got help from junior Addison Metcalf, who posted a double-double with 22 points and 12 rebounds.

“He brings a lot of energy,” Doely said of Metcalf. “When we need a bucket, he is going to get it for you.”

Metcalf, a 6-foot-2 guard, came up with critical rebounds to keep Cristo Rey Jesuit at bay, and keep pushing the lead late.

“(Metcalf) crashing the boards, and securing some of those rebounds helps limit them to one shot per possession,” Seim added.

The Lions also got help from senior Daniel McCarrell, who scored 20 points. 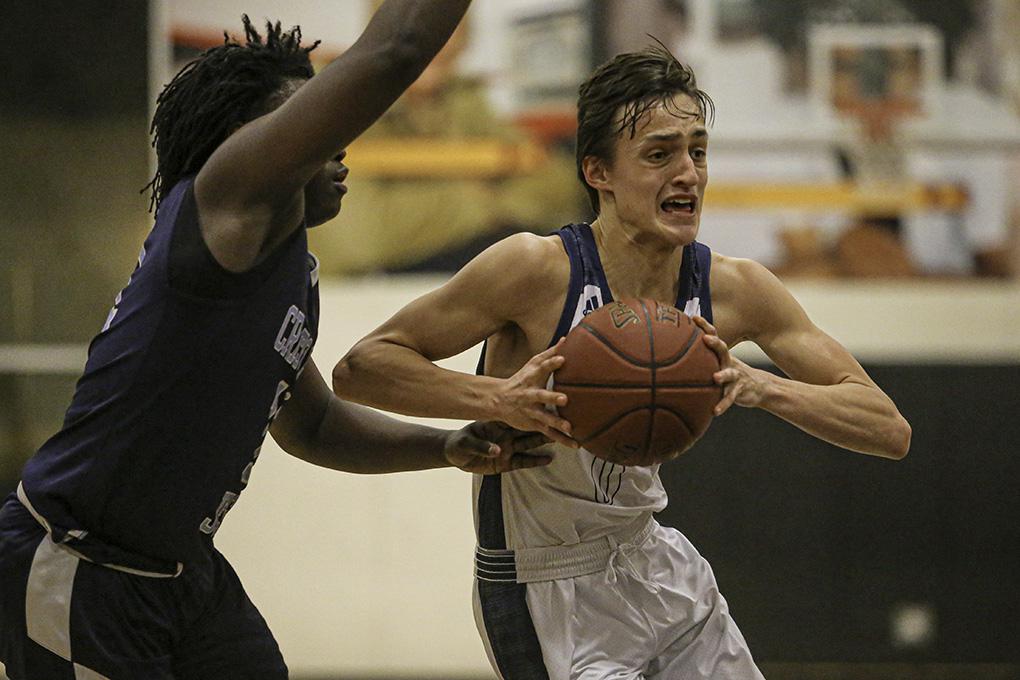 The Pumas (12-12, 9-4), however, didn’t go away and fought their way back to trail just 83-79 with 1 minute, 10 seconds to go. A pair of breakaway layups from Daniel McCarrell and crucial free throws from Addison Metcalf sealed the win for the Lions.

McCarrell finished with 20 points, while Metcalf posted a double-double with 22 points and 12 rebounds. 6-foot-7 forward Zach Doely scored 16 of his 20 points in the second half to help St. Croix Prep remain unbeaten on the year. 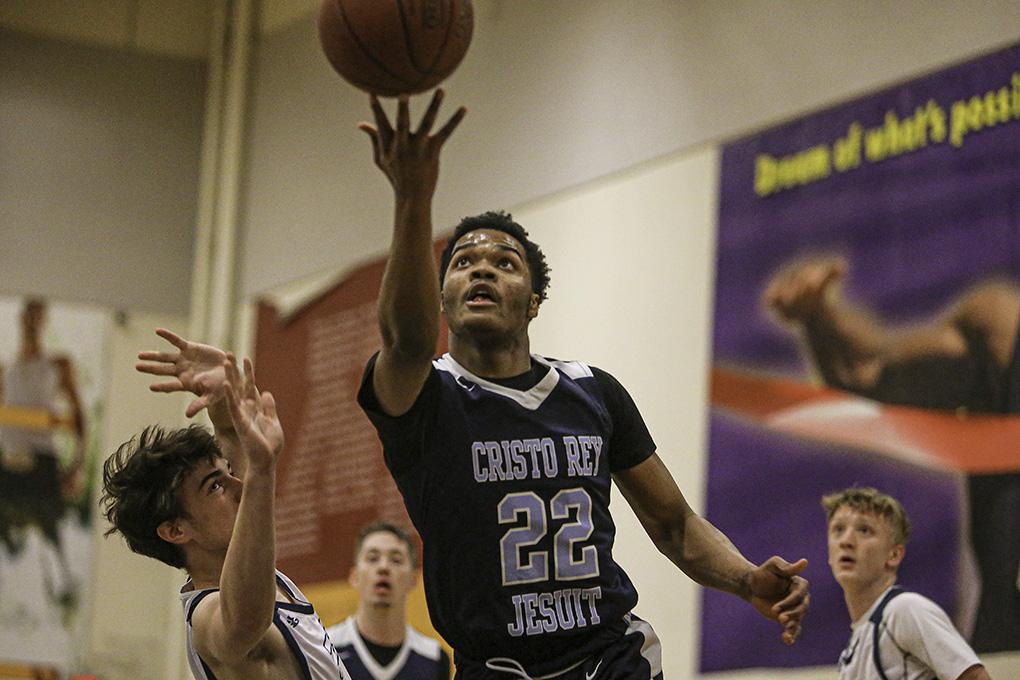 Cristo Rey Jesuit junior Erick Burgess (22) got past Zach Doely for two of his 26 points. Photo by Mark Hvidsten, SportsEngine