The Bears built a 41-15 lead going into halftime behind shooting from Jasper Liu, who scored a game-high 26 points. 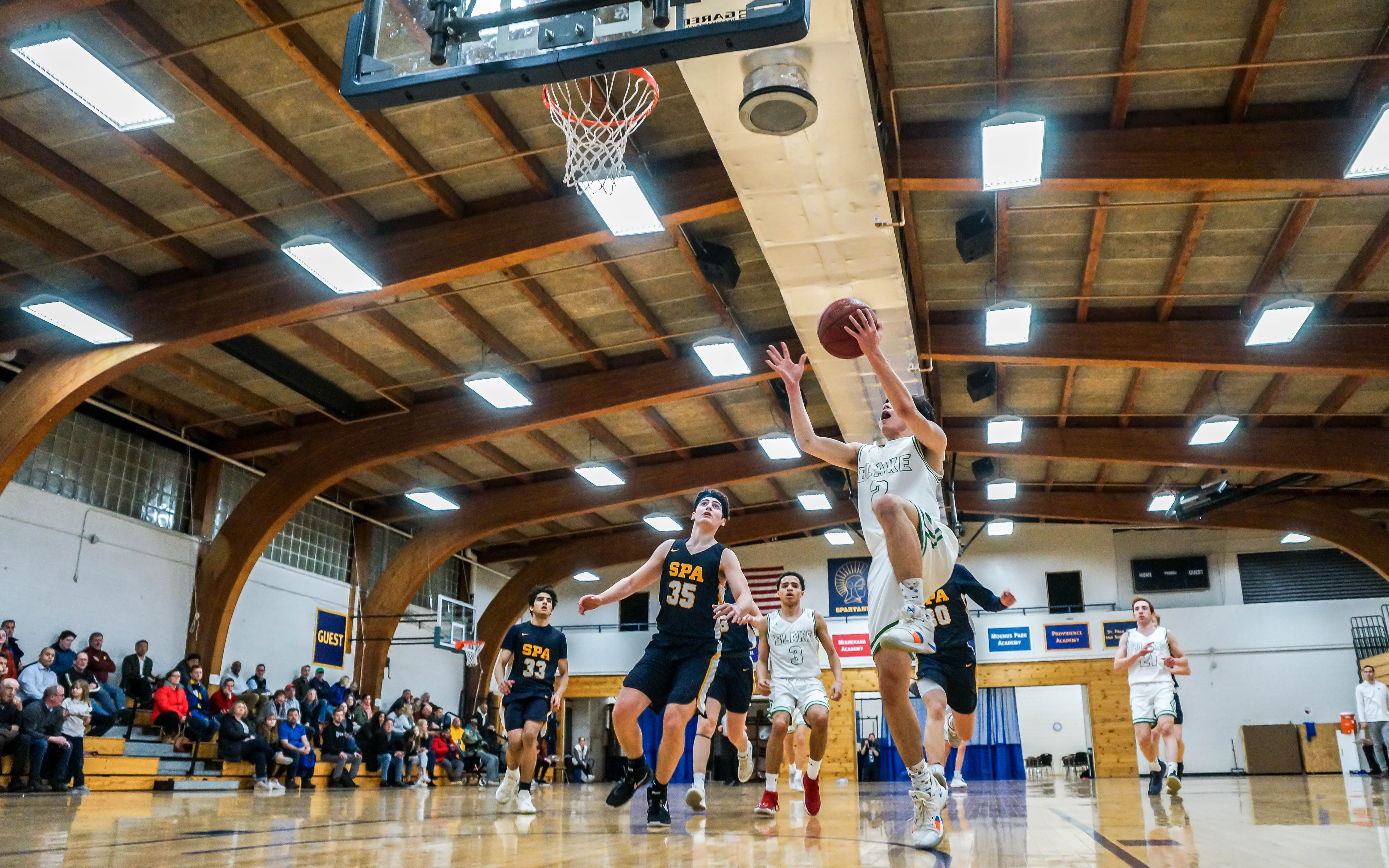 Blake's Jasper Liu with a layup on a fast break against St. Paul Academy Friday night. Liu finished with a game-high 26 points in the Bears' victory. Photo by Korey McDermott, SportsEngine

This season has already been full of special moments and milestones for the Blake boys’ basketball team. In the midst of handling St. Paul Academy (12-6, 4-4) 75-58 on Friday night, Robert Grace IV reached 1,000 career points as a Bear. He received a special ball after the game to commemorate the night. Grace IV and his teammates were happy about the junior’s achievement and yet it wasn’t the most important thing for the players tonight.

“I know it’s a huge milestone but as a team it means nothing,” Grace IV said. “We still have a lot to do... we still have all next year to play for. It feels good for me, but it’s something small for the team.”

The Bears’ Gabe Ganz said he was very proud of Grace IV because they have been playing on the same teams since they were in fourth or fifth grade.

Gabe Ganz scored his 1,000th point earlier in the season against Benilde-St. Margaret’s — on Jan. 3. And Jasper Liu — who scored a game-high 26 points in tonight’s win — is nearing that mark as well.

Head coach Tyler Biwan said his players enjoy the scoring milestones, but “they just care about the wins”.

Before Ganz and Grace IV broke into the varsity roster in 2016-17, Blake was 5-20. They helped the Bears record 10 wins in their first season as eighth-graders. When Jasper joined in their ninth grade season, the team managed 11 and 12 wins in the regular season the next two years.

Now, Blake (15-4, 8-1) already has more wins than any of their previous seasons with seven more games to go.

“Coming into the program at such a low point it’s pretty much our baby to be honest,” Ganz said “We’ve been growing this program since our freshman year. We really take pride in how other people view it and how we view it ourselves.”

As these three have helped put Blake’s program in position to make a run at Class 2A, Section 5 and a run at the state title, they reflected on how this group came together and how it has influenced the Bears.

“Gabe is kind of like my brother to me,” Grace IV said. “We grew up together, we know the same people, we learned how to play the game the same way. We just have a lot of trust for each other.”

“Trust is a big thing between us, we’ve been playing together for so long,” Ganz said. “That chemistry I think has shown up big this season and has translated to a lot of wins.”

Although Liu joined a year later, he still found his place in the program from what Ganz and Grace IV started the year before, and carried the torch with them.

“I came here in ninth grade,” Liu said. “I didn’t know any of these guys coming in, but it's the culture that our coach has created. Its really got a family feeling. It’s one thing I love about this team.”

Part of Blake’s culture on the court is outworking the other team. With the size advantage the Spartans had on Friday, it really shows just how far this group has come in the last few years.

“It’s kind of funny because… we’ve seen each other grow physically, especially us being freshman being so small always always the underdogs in every single game,” Grace IV said. “I think that’s where our passion for the game and our heart and pride comes from. Just growing up with each other knowing we can always be the underdogs and still take that win. 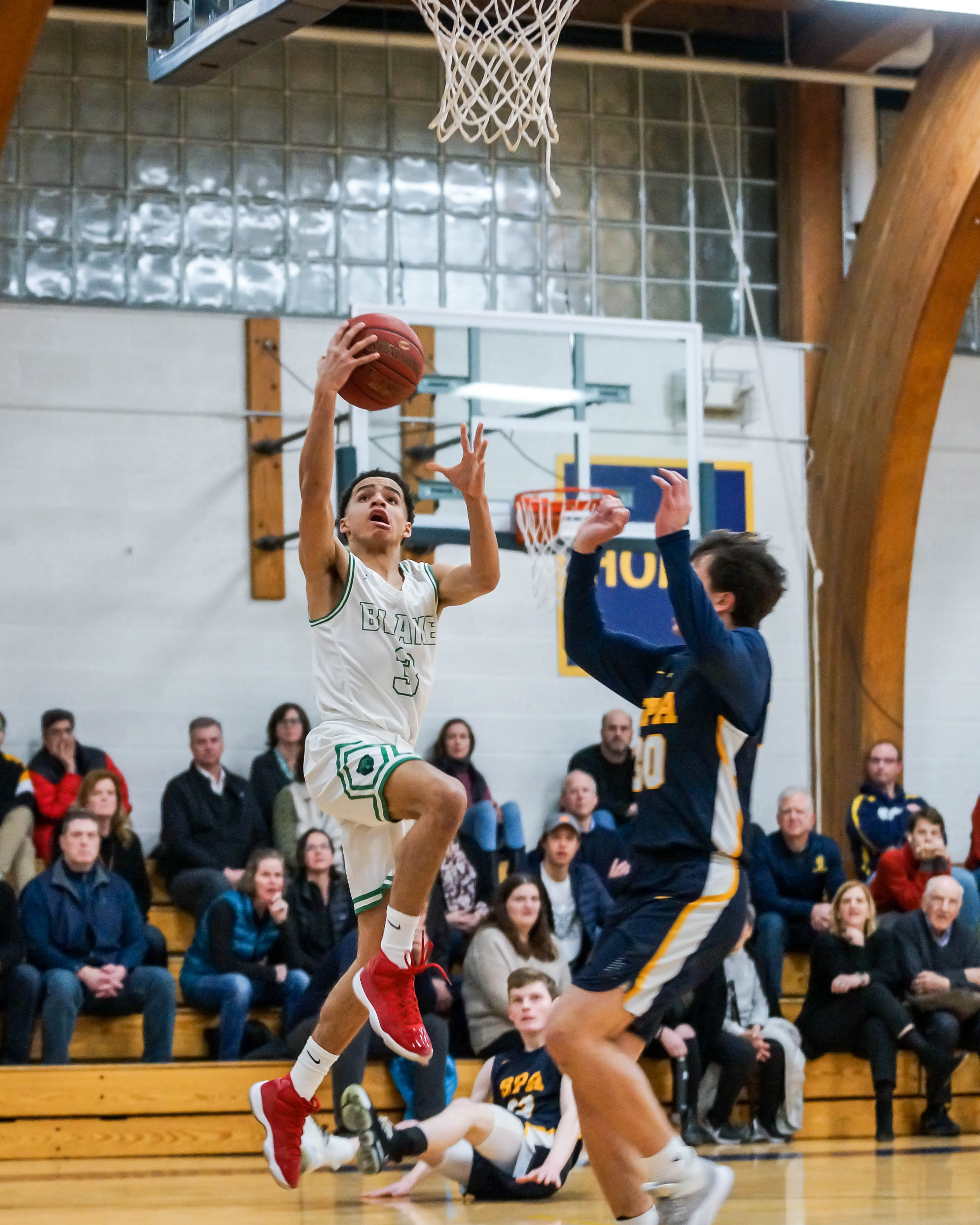 The Bears (15-4, 8-1) took command of the game and never turned back. Blake’s defense held St. Paul Academy to just 15 points in the first half. The Spartans (12-6, 4-4) couldn’t find a rhythm offensively, turning the ball over and allowing Blake to get easy points going the other way. It built a 41-15 lead going into halftime behind shooting from Jasper Liu, who scored a game high 26 points, and Gabe Ganz scoring 16 in the contest.

St. Paul Academy had a strong second half scoring the ball behind an 18-point outing from Adam Holod, but Blake didn’t let up and maintained its lead throughout the game. 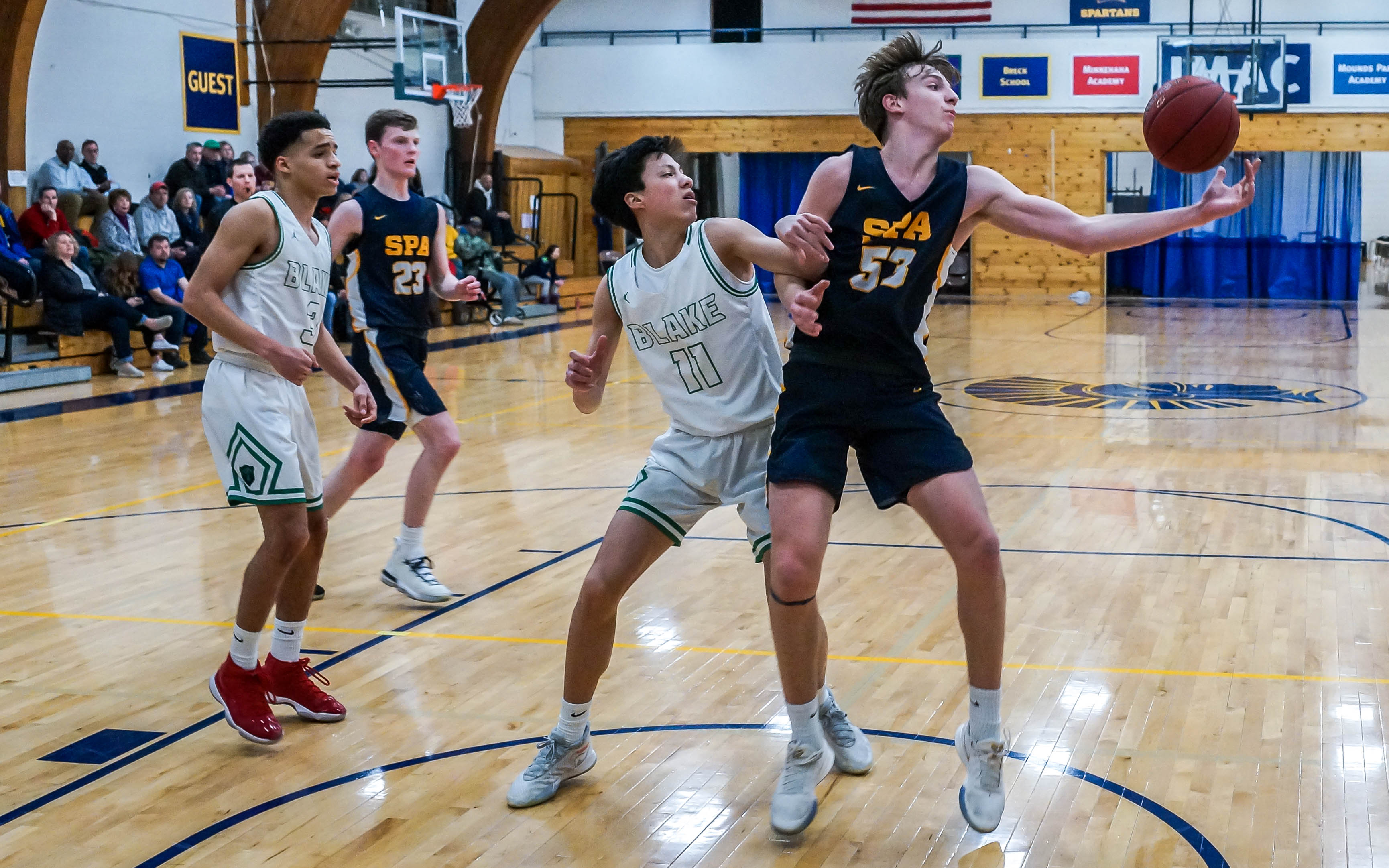