Dorian Singer led the way with 22 points as the Titans outscored the Packers 51-30 in the second half. 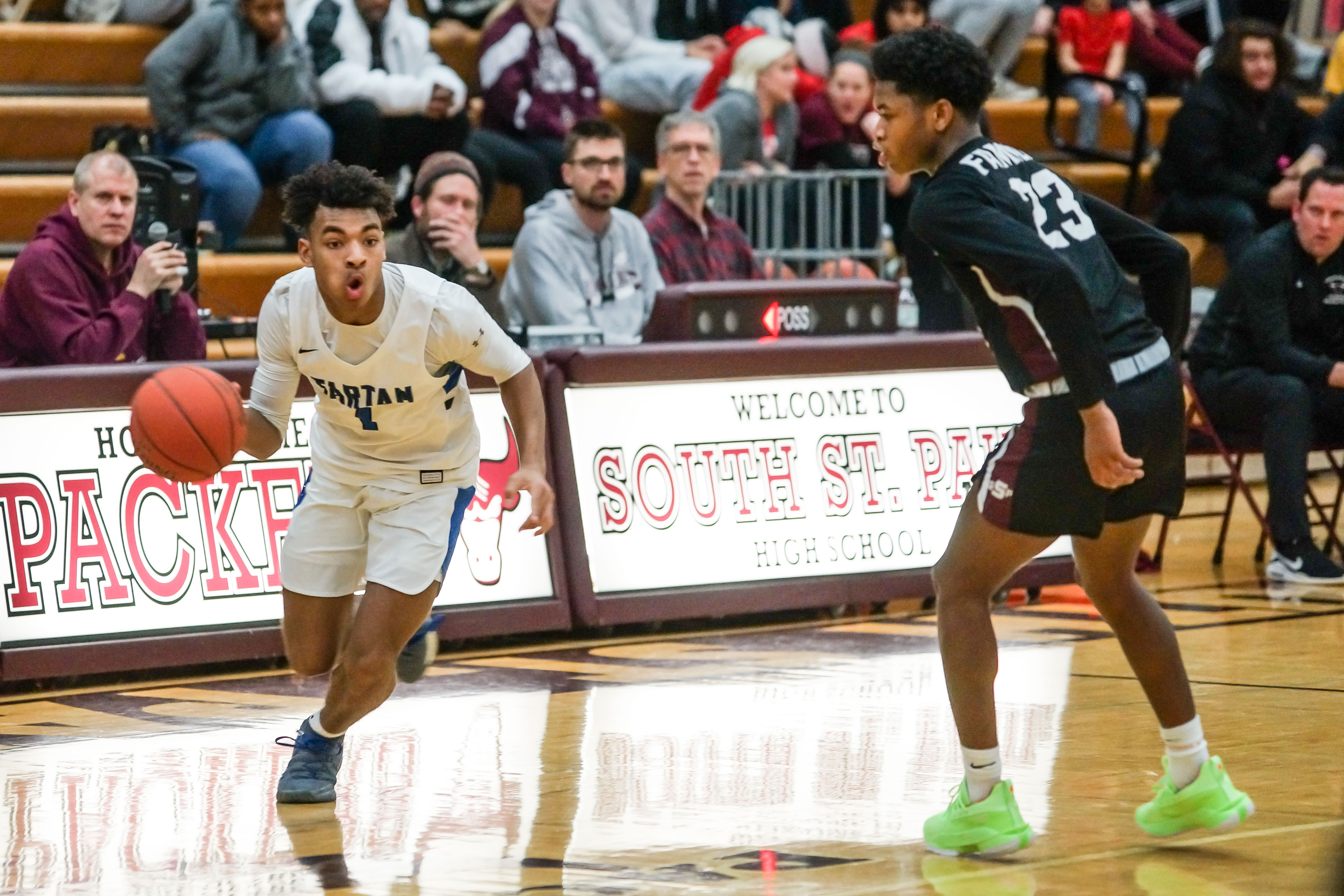 With a 20 point second half, Dorian Singer propelled his Tartans past South St Paul on Jan. 23. Photo by Korey McDermott, SportsEngine

A team leading at halftime may have won the battle, but the war isn’t won until the final buzzer sounds.

Tartan’s 80-65 win over Metro East foe South St. Paul would be perfectly described by that distinction, as the Titans trailed by six at halftime.

The Titans (14-1, 7-1) were able to turn it around and then some in the second half, as they outscored the Packers 51-30 to come away with a lopsided victory. 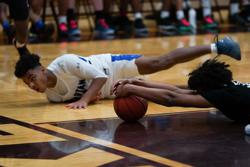 One of the players that had to sit because of foul trouble was Joseph Kearney, who came into this game averaging a team-high 15.4 points. That opened up an opportunity for someone to take over for the Titans, and that opportunity was taken by Dorian Singer.

“One of our best scorers got in foul trouble, so I had to step up and be a teammate,” Singer said. “Somebody else has to score the ball.”

It was a bit surprising to see Singer dominate in the second half the way he did. He came into this game averaging 9.3 points per game, and he headed to the locker room at halftime with two points to his name. Singer ended with a game-high 22 points, routinely skating by Packer defenders and getting to the rim with ease.

“They just kept playing me to make me go left, and I’m (comfortable) left-handed, so I could get to the rim whenever,” Singer said.

Singer showed the blueprint for his teammates, as Langston Binns had 19 points, and Curtis Favors had 15, both continually attacking the paint. It got to a point where the Titans looked like they could score whenever they wanted, and when Klingsporn was asked about what led to those easy buckets, he noted that it was much more than just the talent of his players.

“I’m not sure about talent level. I get in to how do you play? Are we performing and playing hard? We just played harder in the second half, we performed better, didn’t turn the ball over and carried out our defensive responsibilities better,” he said.

The defensive responsibilities are taken seriously by the Titans, and it showed in this game, as they forced the Packers (11-5, 4-2) into 26 turnovers. They also held Alonzo Dodd to 16 points, more than nine points fewer than his season average of 25.4 coming into this game. Part of that was due to Dodd getting into early foul trouble, but he also had to work extremely hard to find open shots, and he didn’t find many.

“People think we’re a defensive-minded program, we’re just a play-hard minded program. And when you play hard, you typically defend pretty well,” Klingsporn said. “I tell our kids, ‘(The defensive) end is mine, you guys got to play on that end, if you don’t play in that end, you don’t get to play on the offensive end’. It’s kind of a little deal we got.”

That deal worked wonders for the Titans tonight.

Much like Singer did for the Titans, the Packers had multiple players step up with Dodd missing time due to foul trouble. Marquis Gleb had 21 points, seven rebounds and five assists, while Maxsamus Wilson added 14 points and four rebounds. 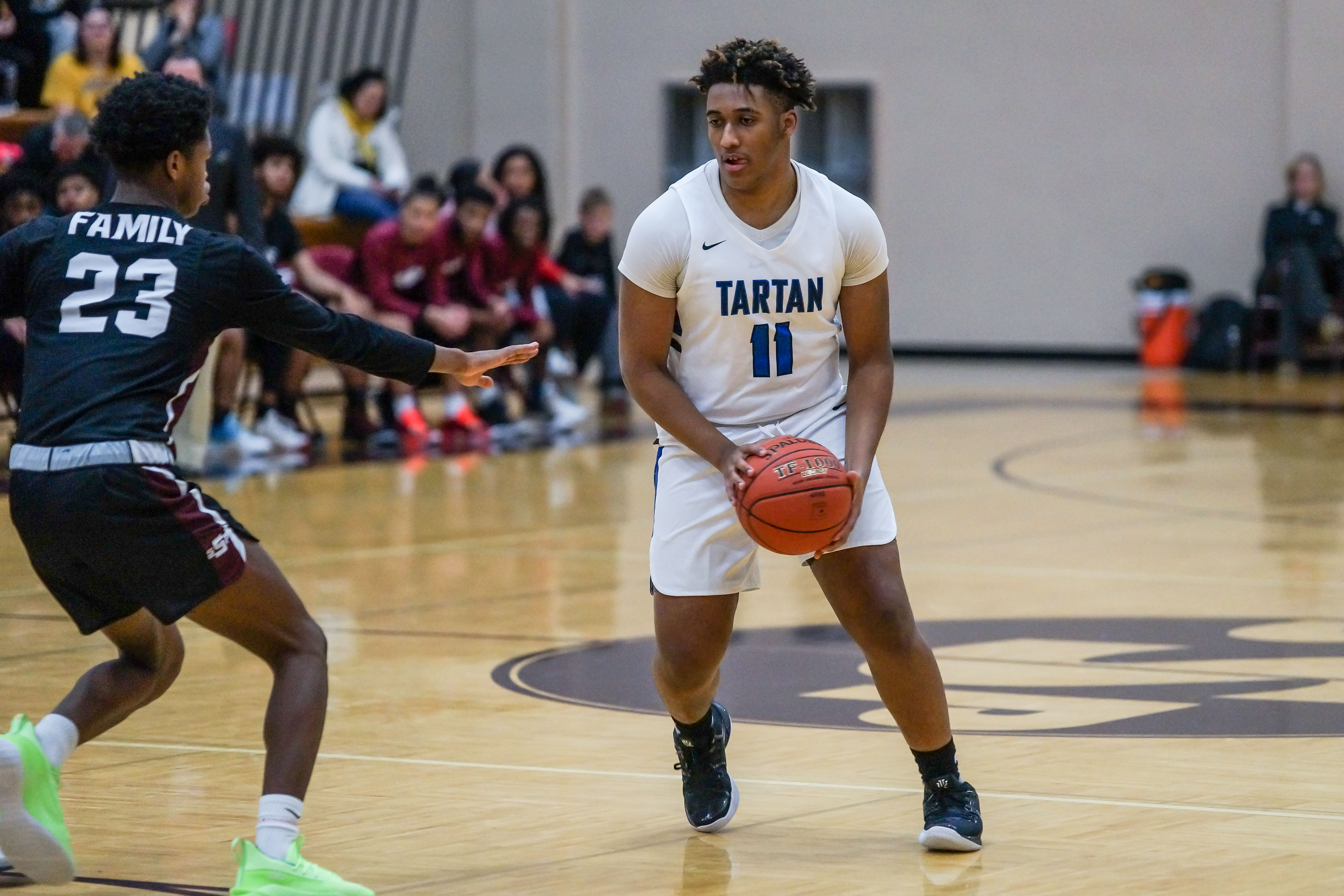 The Packers were able to get the halftime lead despite playing without leading scorer, Alonzo Dodd (averaging 24.7 points per game), for most of the half due to foul trouble. Freshman guard Maxsamus Wilson stepped up with Dodd on the bench, making three three-pointers and scoring 13 first-half points.

The game completely changed in the second half, as the Titans (14-1, 7-1) took over. They also had to play the majority of this game without leading scorer, Joseph Kearney (averaging 14.7 points per game), as he received his fourth foul early in the second half.

Dorian Singer thrived in Kearney’s absence, as he scored a game-high 22 points, with 20 of them coming in the second half. He upped his aggressiveness and attacked the rim at will, which worked far more often than it failed.

Also reaping the benefits in the paint were Langston Binns and Curtis Favors, who had 19 and 15 points respectively, most of which came on layups.

The Titans suffocated the Packers with their stifling defense, forcing 26 turnovers. 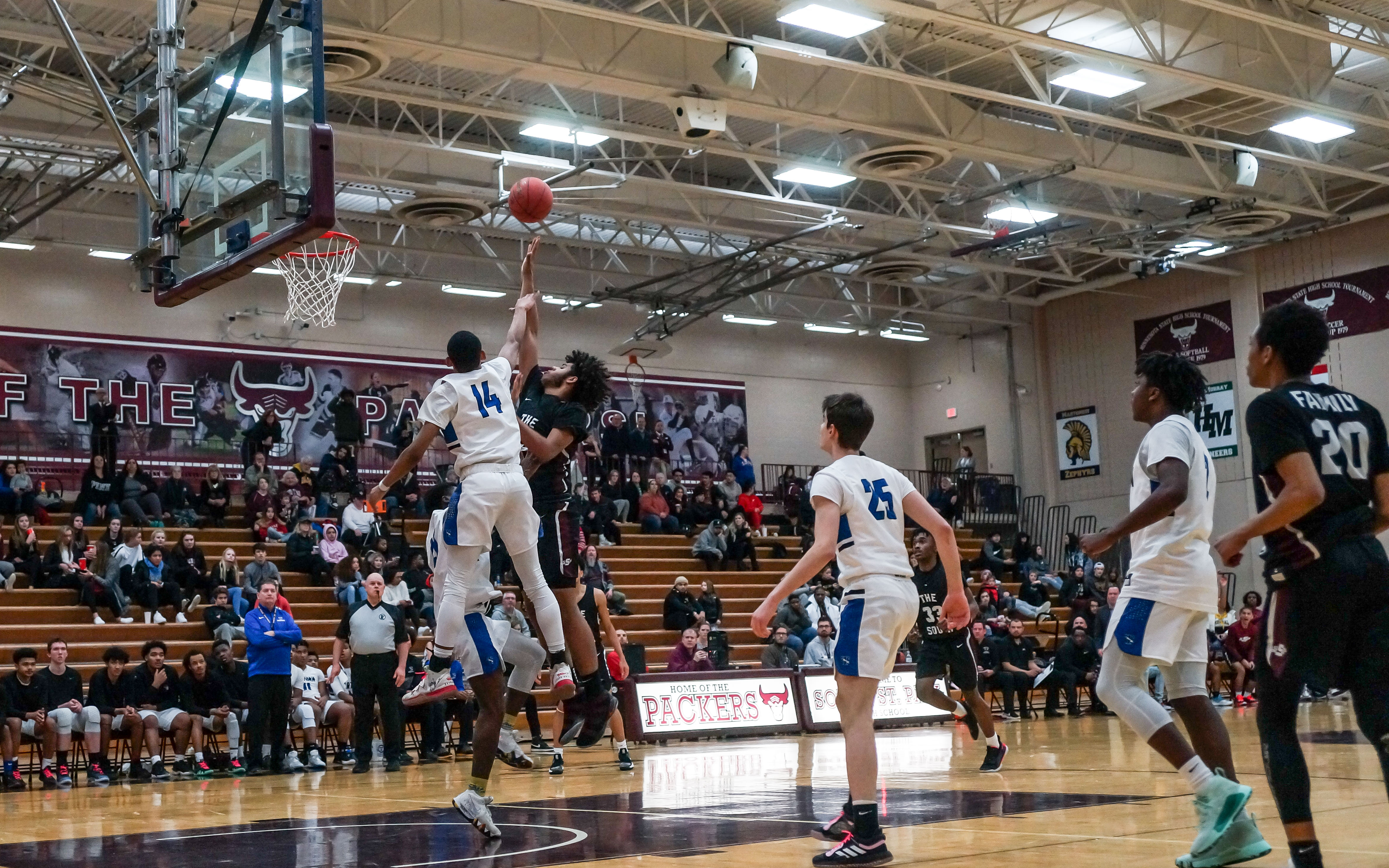