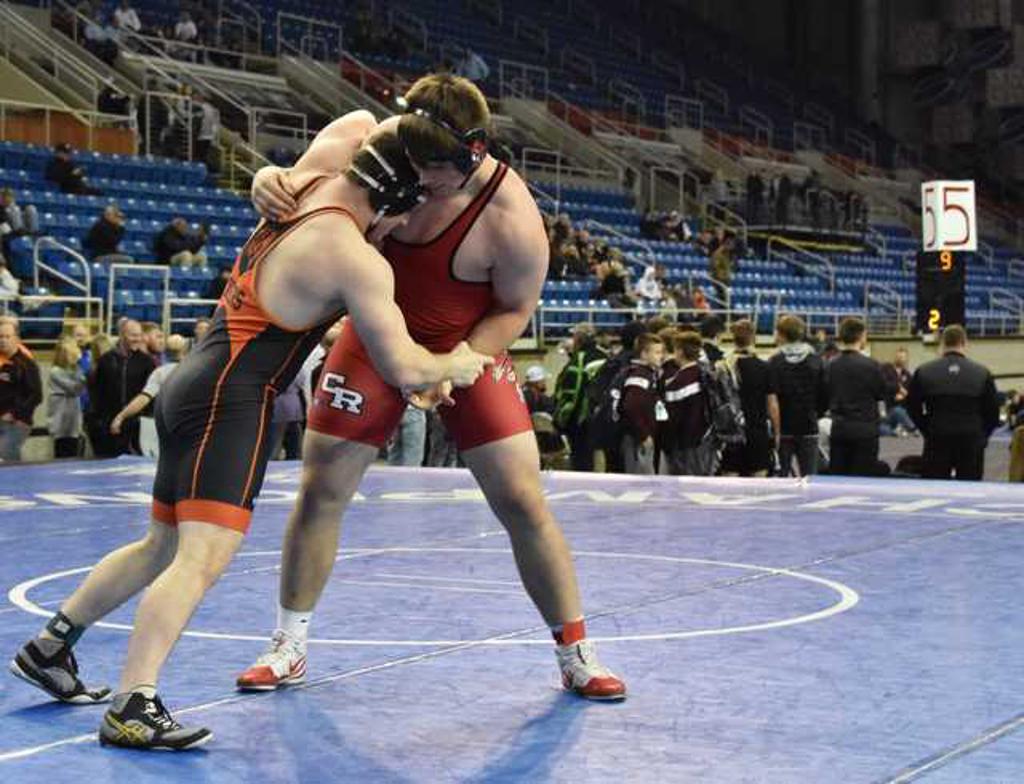 After a spring and summer spent working, sweating and honing his skills, and hours in the wrestling room training with older, more experienced partners, Layton didn’t expect what he saw when the first set of state heavyweight rankings came out last fall.

He was ranked No. 6. Not terrible, but he’d hoped for better. He knew how good he was. He would just have to show it.

So far, that’s exactly what he’s done. The 6-4, 265-pound Layton is 36-0 this season after sweeping the heavyweight division at the Eastview Invite last weekend. All three victories were first-period pins en route to his third tournament victory of the season. He also won the Minnesota Christmas Tournament and the Rumble on the Red in Fargo.

“I thought I should be ranked higher. I felt I was better than that,” said Layton, who has been taken down just once this season. “I just had to prove myself.

He knew he was on the right track when he defeated the No. 1-ranked wrestlers in Class 2A and 3A in successive matches at the Christmas Tournament.

“That felt good,” Layton said. “This is definitely the most fun I’ve ever had wrestling. I look forward to every practice.”

The playmaking sophomore forward factored in half of 20 goals scored by St. Paul United in two games. She had five assists in a 9-2 victory over Chisago Lakes and a hat trick and two assists as United walloped Minnehaha United 11-3.

The senior forward had two monster efforts last week. He scored 32 points and hauled down 23 rebounds in a 72-58 victory over Glencoe-Silver Lake, then added 26 points and 10 rebounds as the Royals thumped New London-Spicer 68-42.

The Storm has played its last two games outdoors and the freshman forward has shined in both. She had two goals in a 4-1 victory over Moorhead and added two more, including the game-winner in overtime, in a 3-2 victory over Holy Angels.

The senior forward started last week just shy of 50 points for the season and 150 for her career. She scored four goals and added four assists in three victories, giving her 51 points (26 goals, 25 assists) this season and 154 career points.

The junior guard bounced back from a subpar game in a victory over Visitation with a marvelous effort in a 74-65 win over Class 3A, No. 1 DeLaSalle. She scored a season-high 32 points, lifting the Crusaders into first place in the Tri-Metro Conference.

The junior guard had a record-setting performance in an 80-31 romp over St. Agnes, setting school records for three-pointers with 10 and total points with 40. She also hit four three-pointers and scored 15 points in a victory over New Life Academy.