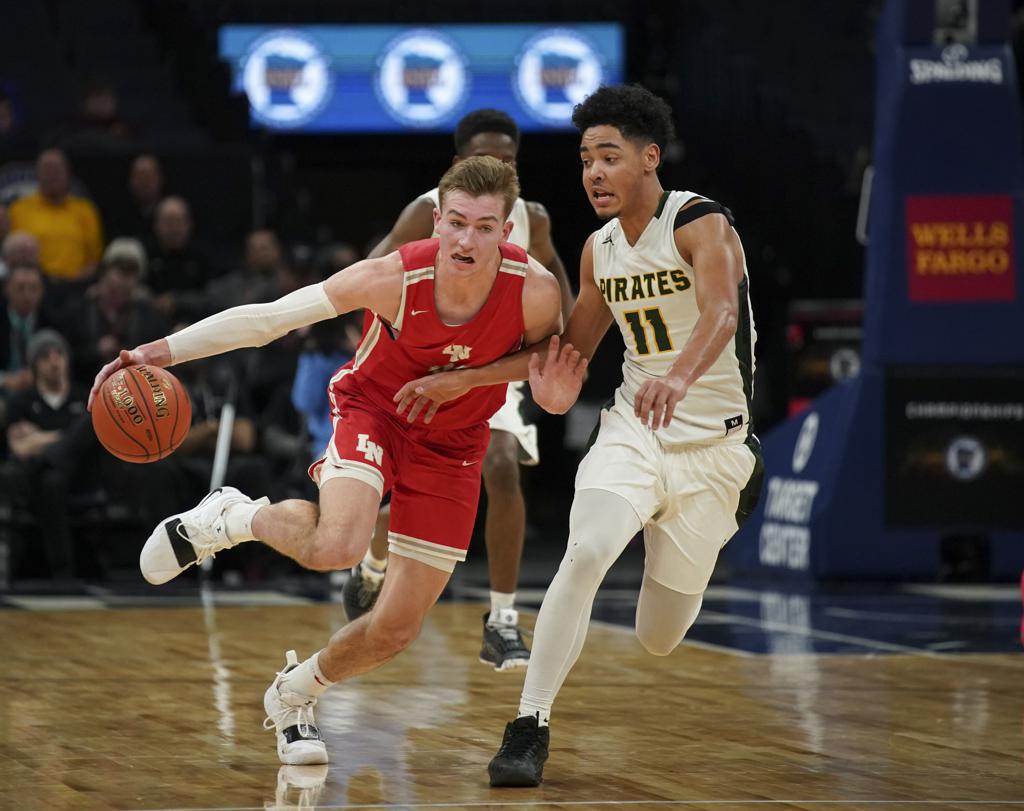 Why Lakeville North will win: Coach John Oxton talked after the Panthers’ quarterfinal victory over Eden Prairie about the secret to Lakeville North’s consistent athletic success: multi-sport athletes. “We’ve got football players playing basketball and basketball players playing football,’’ he said. “They want to be a part of a winning culture, and that’s what we’ve got going.” Versatile guard Tyler Wahl can handle pressure defense and gets the Panthers into their offense. Guards Tommy Jensen and Jack Rusch are long-range bombers who can stretch the defense. And two of those football players, twin brothers Eli and Will Mostaert, give the Panthers needed physical presence.

Why Hopkins will win: When the Royals play to coach Ken Novak Jr.’s wishes — play every possession, share the ball and get dirty on defense — Hopkins is as good as any team in the state. In the second half of Thursday’s semifinal victory over East Ridge, the Royals got balanced scoring and 73.1 percent shooting from the field to outscore the Raptors by 22 points. Hopkins 6-11 senior forward Zeke Nnaji is averaging 24 points and 9.5 rebounds in the tournament despite dealing with physical defense and constant double-teams. He’ll be the focus of Lakeville North’s defense. “I take every game as a challenge,” Nnaji said

Worth knowing: Wahl and Nnaji are friends who played together in the Lakeville youth system before Nnaji moved and enrolled in Hopkins. They were teammates on the DI Minnesota AAU team last summer that finished third nationally on the Adidas Gauntlet circuit. About going head-to-head Saturday, Wahl said: “It will be fun, but it’s the state championship. It would be fun either way.’’

Rubber match: It’s the third time in six seasons that these schools have met in the final. Lakeville North won in 2014, Hopkins in 2016.