Minnehaha Academy too tall, too much for Minneapolis North

With 7-footer Chet Holmgren blocking and altering shots and Jalen Suggs and Prince Aligbe each scoring 20 points, the Redhawks claimed their third Class 2A championship with a 69-52 victory. 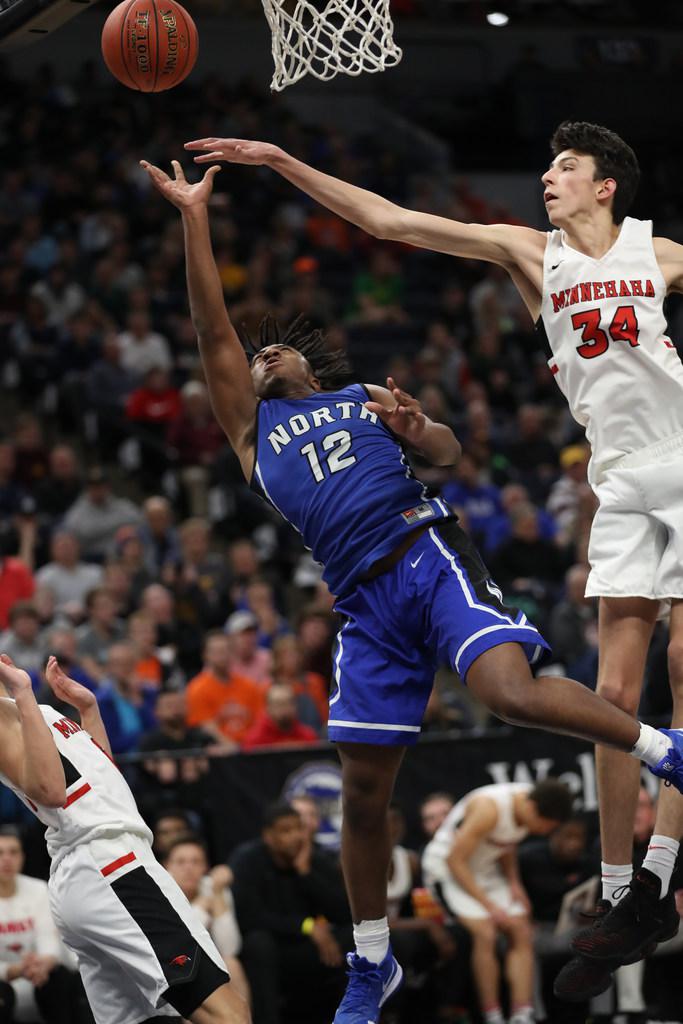 Even though he admittedly was not at his best, Minnehaha Academy guard Jalen Suggs was still the best player on the court in the Redhawks' 69-52 victory over Minneapolis North in the Class 2A championship game.

It helped that he had the luxury of two of the state’s best underclassmen by his side in 7-foot sophomore center Chet Holmgren and athletic 6-4 freshman Prince Aligbe. While Suggs had 20 points and was mostly able to handle North’s disruptive defensive style, he was glad he didn’t have to do it all by himself.

“This is a team game,” said Suggs, a junior who finished with an uncharacteristic seven turnovers. “I had moments where I wasn’t doing my best and these guys kept me up, kept me calm. They did excellent.”

Holmgren was a dilemma that the Polars could never solve Saturday at Target Center. He blocked 10 shots, hauled in 14 rebounds and scored 16 points to post a triple-double. Aligbe, with moxie that belies his age, also scored 20 points and added the power and leaping ability to corral loose balls that often end up in North’s quick hands.

“There are people who talk about things I can do better, but in this game, I was focused on the things I could do to help the team,” Aligbe said. “Like rebounding aggressively or scoring down low.”

North plays defense with a purpose. The Polars’ frenetic style is intended to generate offensive mismatches and easy looks at the basket. That became nearly impossible with Holmgren defending the lane. His shot-blocking talents and ability to grab rebounds at the rim stymied North’s preferred attack.

“No question the big guy was a factor,” North coach Larry McKenzie said. “When we had the opportunity to get into the lane and dish the ball off, he was still there. He changed a lot of shots.”

Said Holmgren, “I just try to be there and protect the rim and I think I did a pretty good job.”

Redhawks coach Lance Johnson said what stood out for his team was their composure in the face of North’s aggressiveness.

“Today, it was outstanding,” Johnson said. “I don’t remember anybody whining or getting upset at an official. Their focus was on winning the game.”

While the game won’t be remembered for aesthetic reasons, the end result — a third consecutive Class 2A championship — was the sole focus of the Minnehaha Academy players.

“I’m ecstatic,” Suggs said. “The love and appreciation and gratitude I have for these guys is second to none.”

It was far from stylish, but Minnehaha Academy survived Minneapolis North’s attempt to make the Class 2A championship game messy and chaotic, pulling out a 69-52 victory Saturday at Target Center.

Junior Jalen Suggs and freshman forward Prince Aligbe had 20 points each and 7-foot center Chet Holmgren had a triple-double -- 16 points, 14 rebounds and 10 blocked shots -- to lead the Redhawks to their third consecutive state championship.

It was clear from the outset that the Polars'  plan was to be as disruptive as possible defensively. They routinely swatted at the ball, bumped and bodied the Minnehaha Academy players and attacked quickly anytime a Redhawk had the ball in the lane.

The result was a game that was endured rather than enjoyed as players constantly hit the floor, whistles were frequent and flow was nonexistent.

Minnehaha Academy survived due to the ability of Suggs to shrug off the constant harassment and get the Redhawks into their offense. And with Holmgren’s game-changing presence in the lane, North was unable to get the type of easy baskets that are a staple of their game. The Polars shot just 34.5 percent from the floor.

Nasir El-Amin was the only North player in double figures with 17 points. 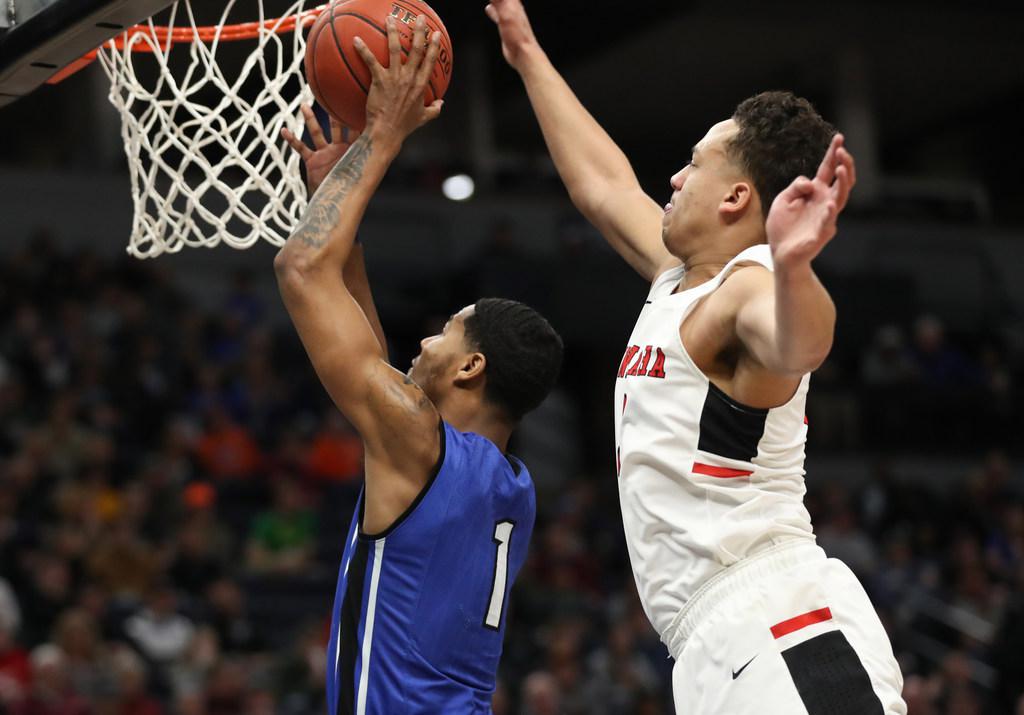