A summer of AAU basketball, working on skill development and playing against some of the nation's best, elevated his play to a dominating new level for the Royals. 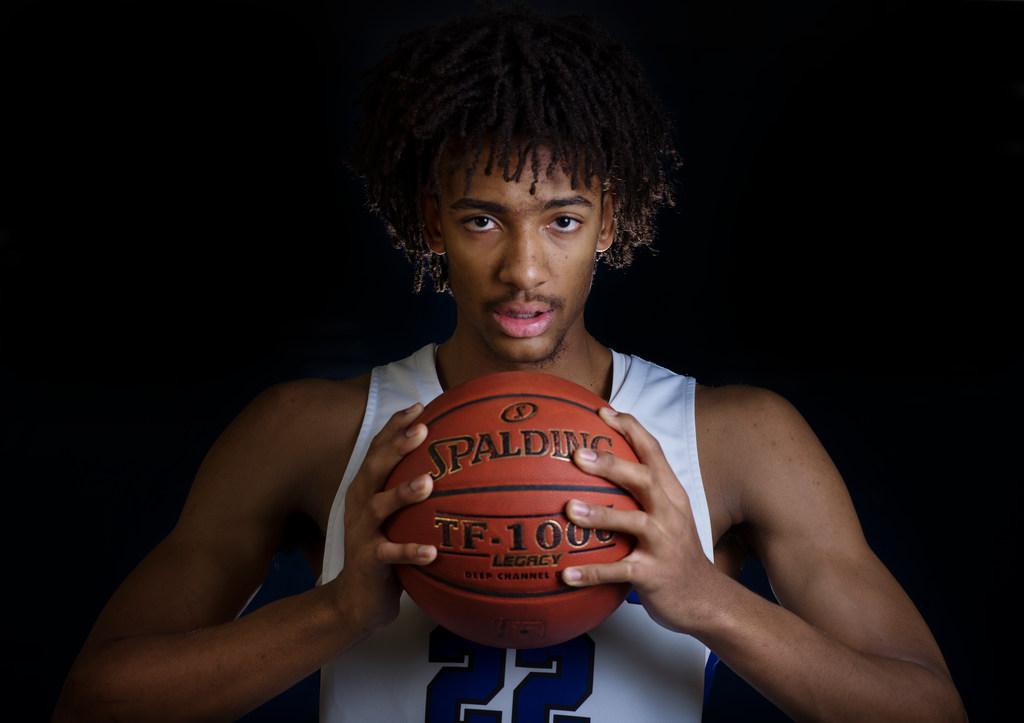 “The history of Hopkins is so great. So many great players have played for coach [Ken] Novak. To be a part of that is really humbling. Every time you play, you’re representing something.” -- Zeke Nnaji.  Photo: RICHARD TSONG-TAATARII ¥ richard.tsong-taatarii@startribune.com

He stands 6-11 and is a slender-but-sturdy 215 pounds, with broad shoulders, long arms and oh-so-smooth on-court demeanor.

If colleges were to design a prototype for the kind of player they covet, Hopkins senior Zeke Nnaji, the 2019 Star Tribune Metro Player of the Year, would be the perfect model.

But it takes more than just winning the physique lottery to become an elite-level high school-age basketball player, something that Nnaji recognized at the end of the high school season a year ago. To get where he wanted to go, it was time to put in the work.

So he left the Howard Pulley AAU program and took his vast potential to the rival D1 Minnesota.

But the greatest buzz around the team was Nnaji’s emergence as a big-time prospect.

“My whole goal last summer was to make it my best summer and draw as many eyes as I can,” he said.

Playing against some of the nation’s best players, Nnaji averaged 14.5 points and 5.9 rebounds per game, second on the team in both categories. Colleges noticed. He received more than 40 Division I offers. In November, he narrowed his list of landing spots to Arizona, Baylor, Kansas, Purdue and UCLA, eventually settling on Arizona as his school of choice.

“It checked more of the boxes than any of the others,” Nnaji said.

His summer of excellence has carried over in the high school season. He’s averaging 24.1 points and 9.4 rebounds per game and has topped 40 twice. But Nnaji is most proud of the strides he’s made in other areas of his game.

He’s stronger, the result of a three to four days a week of weightlifting. He’s become a better passer, able to counter the double-teams he inevitably sees. “That’s where I’m most improved,” he said. “I haven’t always been the greatest passer. I hope people notice that I’ve improved a lot.”

He’s been building up his outside shooting, he said, a luxury that most big players don’t have. “Growing up, my dad always talked about versatility, about stretching the floor, about playing multiple positions,” he said.

Buoyed by Nnaji’s personal successes, Hopkins is back to the state tournament for the first time since 2016, They got there by defeating Wayzata, which had knocked them out of the playoffs in each of the last two years.

“Getting past Wayzata, that was my best moment,” said Nnaji, who scored 29 points in that game. “They are so tough to play, but we were ready. That felt good.”

While basketball is his passion, Nnaji is far from one-dimensional. When he’s not splitting double-teams or beating opponents down the court with long, powerful strides or shooting over smaller defenders, he’s likely at home studying or playing the piano, a skill at which he’s also proficient.

“I can literally play just about anything, like jazz, classical. I can do modern music, it doesn’t really matter,” he said. “It’s my escape when I need to relax. I go play piano.”

His favorite piece is Mozart’s Sonata in C Minor, which he first played for a recital in fourth grade and still speaks to him.  “It’s just a nice song,” he said.

Nnaji also writes and plays his own music, but for the time being, his focus is on performing to help Hopkins in its quest for a 10th state championship.

“The history of Hopkins is so great. So many great players have played for coach Novak,” Nnaji said. “To be a part of that is really humbling. Everytime you play, you’re representing something.” 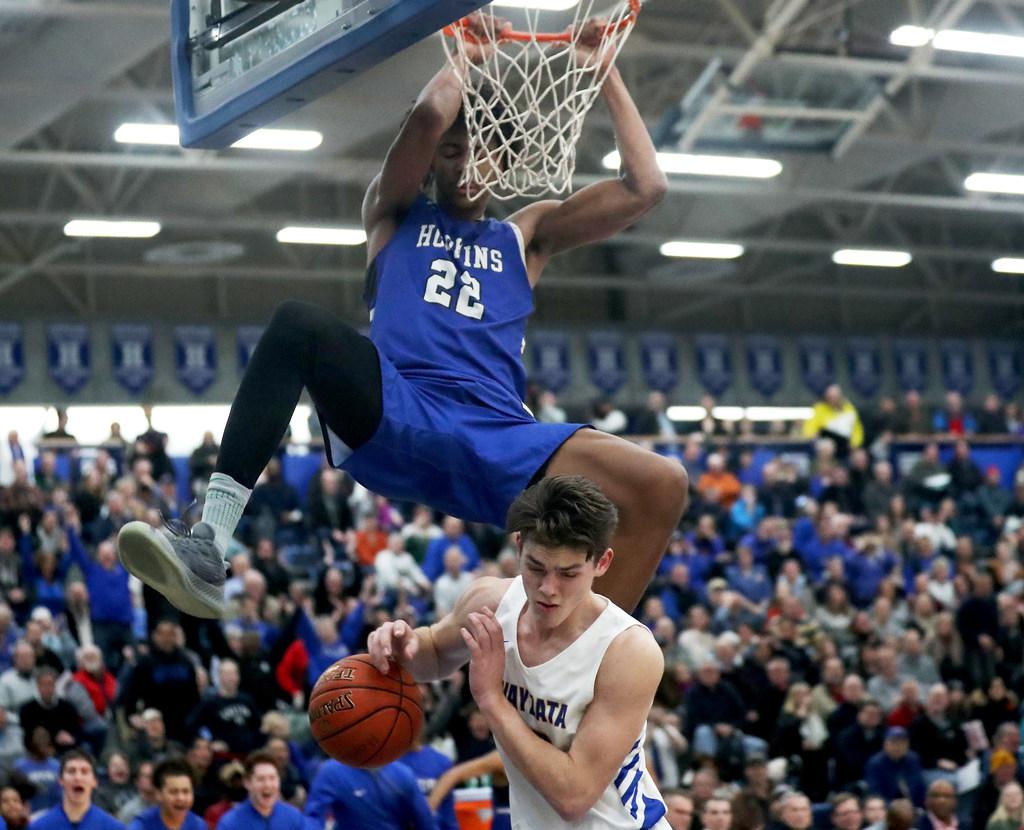 Zeke Nnaji dunked over Wayzata's Camden Heide in the second half of the Royals' 90-80 victory over the Trojans on Feb. 1 at Hopkins High School. File photo: DAVID JOLES •david.joles@startribune.com